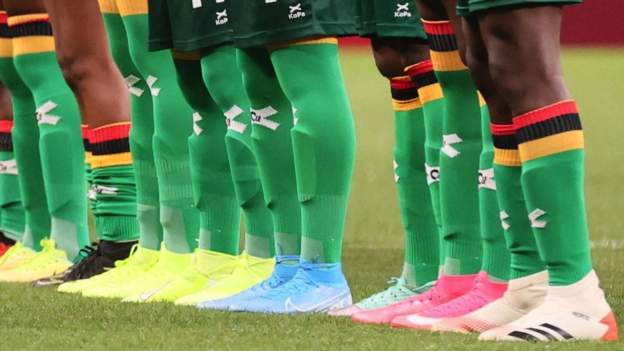 The Football Association of Zambia (Faz) has launched an investigation into allegations of sexual violence in the women’s game following various claims on social media.

The news comes just two months after Zambia’s resounding results in qualifying for the Women’s World Cup for the first time in team history.

Faz says he hasn’t received any official complaints yet, but has launched an investigation to address any potential issue.

“Although we have no record of formal complaints from anyone about these allegations, we take these allegations very seriously and have opened an investigation into the matter,” Faz Secretary General Adrian Kashala said in a statement.

“We will work with the Zambia Police Service and other stakeholders to resolve this matter.”

“We have since written to the Zambia Police to invite anyone with evidence to assist with the investigation. The nation will be notified of the outcome of the investigation once it is complete.”

“Until then, we will not be making any further comment on this matter.”

Kashala added that preparations for the 2023 Women’s World Cup “remain on track” and the friendly against the Netherlands in Breda on October 6 will not be affected.

Women’s football in Zambia has been on the rise in recent years, with the women’s team playing at the Olympics for the first time last year before reaching their first African Cup of Nations semi-final in July.

The achievement came with automatic qualification for next year’s World Cup in Australia and New Zealand.

Earlier this month, the team won the Cosafa Women’s Championship for the first time in its history, with the recently recalled Barbra Banda scoring 10 goals in just five games.

The local football authorities asked anyone with any information that could help with the investigation to “come forward and inform either Faz or law enforcement.”

Zambia is the third African country to investigate allegations of sexual abuse in the past 12 months.

Earlier this year, five people were arrested, some of whom were later released accusations of pedophilia in Gabon, and Sierra Leone fired his women’s soccer coach last year when she investigated allegations of abuse.