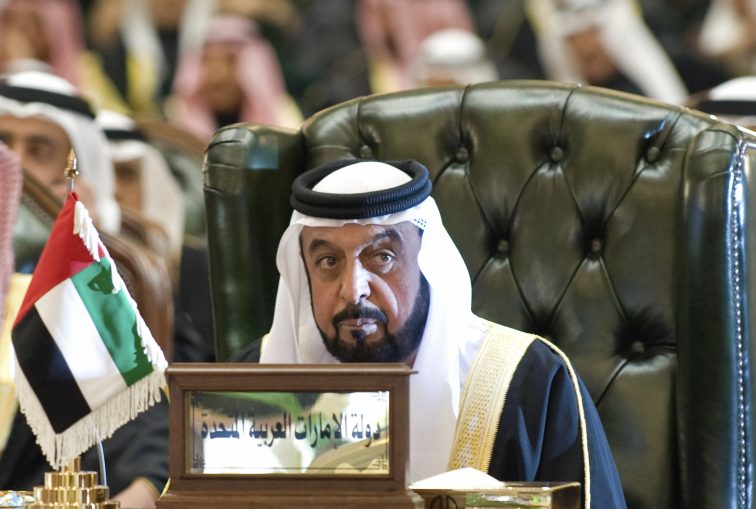 World leaders began descending to the United Arab Emirates on Sunday to express condolences over the death of President Caliph bin Zayed al-Nahyan, who was replaced by his half-brother and de facto leader Sheikh Mohammed bin Zayed.

Sheikh Mohammed, now head of the affluent emirate of Abu Dhabi, ruled the Gulf state of the Persian Gulf, the oil producer OPEC and the regional business center, for many years before being elected by the federal supreme council as the third president of the UAE on Saturday.

French President Emmanuel Macron, whose country has lucrative business and military ties to the UAE, has arrived in Abu Dhabi.

The president of Israel, with whom the UAE imposed relations two years ago as part of a major restructuring of the Middle East, sparking anger among Palestinians, was also due to be on Sunday, as was the Palestinian president and prime minister.

US President Joe Biden, whose administration had difficult ties to the UAE and Saudi Arabia, will be represented by Vice President Camila Harris, who is due to arrive on Monday.

Several Arab leaders, including the King of Jordan and the President of Egypt, came on Saturday to pay their respects. The Crown Prince of Saudi Arabia, whose father, King Salman, was hospitalized a week ago, sent a delegation.

Sheikh Mohammed, known as MbZ, was a driving force in Middle East politics, defending Saudi Crown Prince Mohammed bin Salman in the West when he came to power, and fighting political Islam, which was seen as a threat to dynastic Gulf rule at home and around the region.

MbZ has deepened relations with Russia and China as the Persian Gulf countries have increasingly questioned the regional commitment of the traditional security guarantor of the United States. Tensions in US-Emirati relations were highlighted by the Russian-Ukrainian conflict, when the Gulf countries refused to side with Western allies in isolation from Moscow.

After years of hostility, Abu Dhabi has also moved to engage with Iran and Turkey as the UAE doubles economic growth amid growing regional competition and global repulsion from hydrocarbons, the livelihoods of Gulf economies.