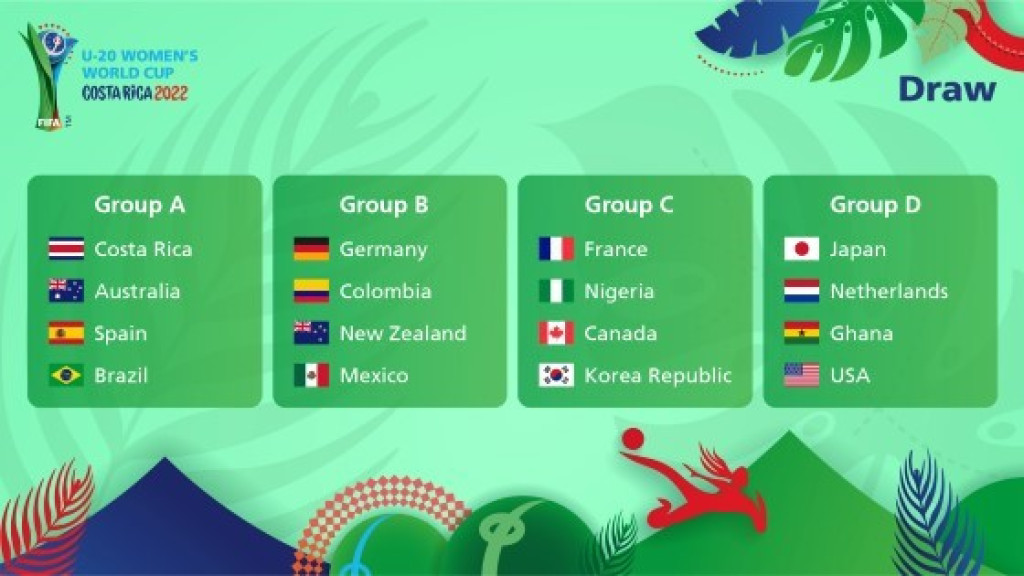 The Star Draw shows groups for the world’s top 16 youth teams; FIFA (www.FIFA.com) Women’s Under-20 World Cup 22 2022 to be held in Costa Rica from August 10 to 28; Sign up for FIFA.com/tickets for the latest news and ticket information

The draw for the U-20 2022 Women’s World Cup took place today at the National Theater in San Jose, paving the way for fame for 16 participating teams and fans around the world.

The hosts of Costa Rica will start their campaign and tournament against the FIFA Women’s 2023 FIFA World Cup, Australia, and will be joined by Brazil and Spain in Group A. The reigning champions Japan are in Group D along with the Netherlands, Ghana and the US.

As the first FIFA draw to be broadcast live on FIFA + (https://fifa.fans/3sisZmF), this stellar event included the celebration of women’s football and culture of Costa Rica, as well as messages from the President of the Republic of Costa Rica, Mr. Carlos Alvarado Quesada, FEDEFUTBOL President Radolfo Villalabas and FIFA President Gianni Infantino.

To receive the latest updates on ticket sales for the 2022 U-20 Women’s World Cup, register at FIFA.com/tickets.

Distributed by APO Group on behalf of FIFA.