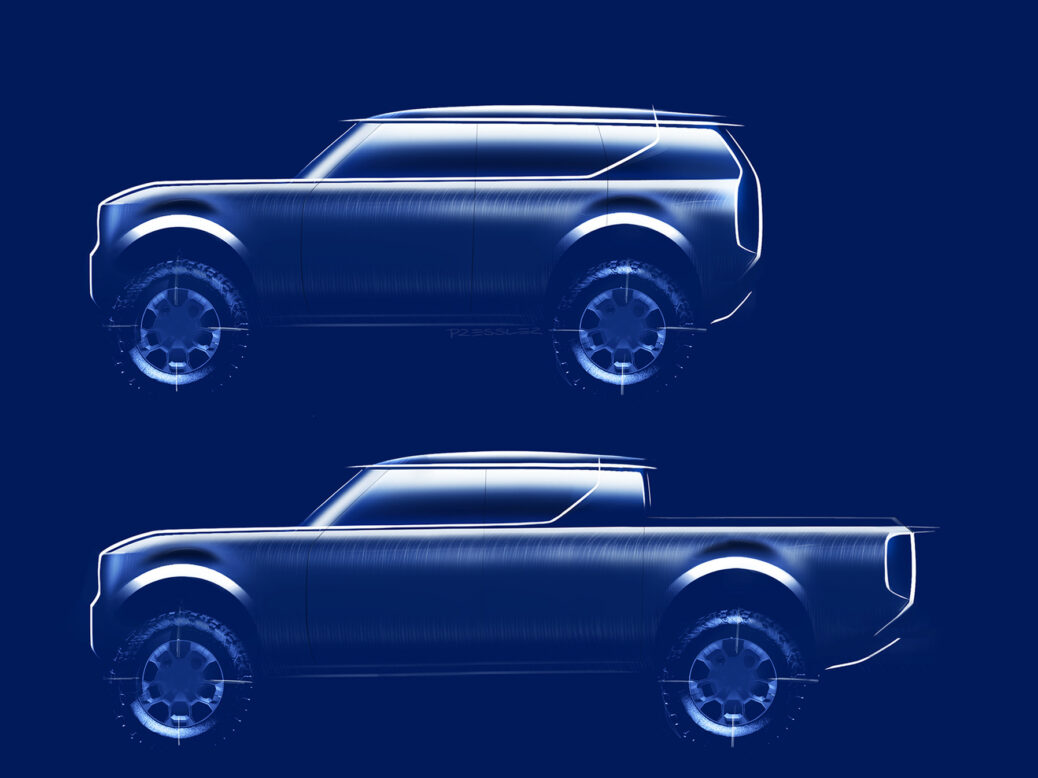 Volkswagen has announced plans to revive the Scout brand in the US – first using International Harvester for its family line of SUVs built from 1961 to 1980, and then being acquired by VW through the acquisition of Traton Navistar in 2020.

Off-road models of SUVs and pickups are experiencing a resurgence in North America, so it’s no coincidence that nameplates, including the Ford Bronco and Jeep Wagoneer, have also recently appeared. To benefit from the simultaneous growth of EV sales in North America, many of which are built on SUV and pickup platforms, the VW Scout lineup will be fully battery-powered.

Naturally to seduce American buyers, the Scout will introduce a large electric SUV that the company describes as “reliable,” and the pickup is probably based on the same platform that replicates the body options offered on the original International Scout.

According to VW, the new models will be developed and built in the US, and production is scheduled to begin in 2026. Sources familiar with the matter told Reuters that the new brand would represent an investment for VW of more than $ 100 million, and the group hopes annual sales in the long run could reach $ 250,000, according to the Wall Street Journal. If Scout succeeds, CEO Herbert Diss believes VW could increase its overall US market share from 4% to 10% by the end of the decade.

It should be noted that VW has not confirmed either the size of its investment or its target capacity, and that there is a marked discrepancy between the two figures reported in the press – $ 100 million is likely to be too low to achieve annual production. this volume.

Assuming these figures are somewhat correct, and 250,000 annual production figures is a very long-term goal, what options does VW have for assembling the Scout in the US?

New facility Like other new EV brands in North America, Scout can choose to go its own way. This entails either the construction of your own production facility to order, or, more likely, the acquisition and refurbishment of an existing facility. Notable EV players who have followed this path include Tesla, which bought the old GM / Toyota NUMMI plant in Fremont, California to build the Model S, and Rivian’s acquisition of the Mitsubishi plant in Normale, Illinois.

This option seems unlikely based on the figures, but due to the large financial burden, which is the construction or re-equipment of the plant. In order for VW to introduce a new brand in the US using the new facility, the price of Scout cars would need to be very high to cover these costs. This will put it in dispute with the GMC Hummer EV and Rivian R1T, which cost about $ 100,000. This price will probably be too high to reach 250,000 sales per year.

As a result, figures on major investments and capacity suggest that VW may take advantage of cheaper options to re-equip one of the existing facilities. The company’s existing plant in the U.S. in Chattanooga, Tennessee, has a stated maximum capacity of 250,000 seats and is currently building the Atlas and Atlas Cross Sport. It is preparing to create an electric SUV ID.4 for local sales along with the Atlas line, so it will probably run almost to maximum power, and to create Scout models is almost completely gone.

In addition, VW states that the Scout models will be built on a “new technical platform concept”, assuming they will not use existing MEBs or similar light car platforms that are currently being built in Chattanooga. Scout is targeting a wider market, which increases the likelihood of using a full-size body platform on a frame similar to the Ford F-150 Lightning or GMC Hummer EV. This provides improved towing and off-road performance over solid cars, as well as fairly easy integration of the transmission with batteries located between the frame rails and drive units instead of the typical front and rear differentials.

So if the Scout is quite possibly looking to use a platform body on a frame and achieve more annual power than can be achieved in Chattanooga, what options are left at VW? One interesting opportunity would be to use the International plant in Springfield, Ohio. At this company in 2018 began assembling heavy pickups and chassis International CV class 3-4, and these models compete with the line of Ford Super Duty and Silverado 2500HD / 3500HD from Chevrolet. Given that this plant is already equipped to produce cars with a body, it is possible that VW may invest its $ 100 million in adapting this line to create a new line of Scout. This would be perhaps the most affordable option among those presented here and would give VW a relatively easy way to introduce a new brand in the US.