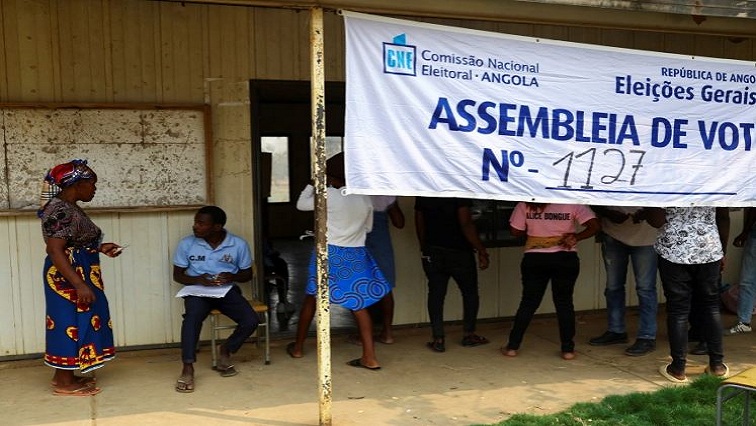 Preliminary ballot counting results for Angola’s election released on Thursday showed the ruling MPLA party, which has been in power for nearly five decades, with a strong lead over the main opposition UNITA party, which said the initial result was not reliable.

With 33% of the vote counted, the National Electoral Commission (CNE) said the first preliminary results showed the People’s Movement for the Liberation of Angola (MPLA), led by President Joao Lourenco since 2017, with 60.65% of the vote.

The National Union for the Total Independence of Angola (UNITA), the opposition party led by Adalberto Costa Junior, won 33.85%, according to the CNE.

Since gaining independence from Portugal in 1975, Angola has been ruled by the MPLA.

Political analysts believed that UNITA had the best chance of victory as millions of young people left out of the oil booms were likely to express disillusionment with nearly five decades of MPLA rule.

Abel Chivukuvuku, UNITA’s vice-presidential candidate, said preliminary results were not reliable and the party would publish its results based on a parallel vote count using the same data as the CNE.

“Tomorrow morning we will have clearer and more specific indicators and whoever wants to celebrate will be… I hope it’s us,” Chivukuvuku told a press conference.

The election was considered the most competitive in the country in decades.

An Afrobarometer poll in May showed that UNITA had increased its share to 22% from 13% in 2019.

It is still seven points behind the MPLA, but nearly half of voters are undecided.

Many young people – under the age of 25 make up 60% of the South African nation – voted for the first time.

Angola is Africa’s second-largest oil producer, but as with many poor countries living off oil wealth, decades of producing billions of barrels of oil have done little for most except raise the cost of living.

Half of Angolans live in poverty, and more than half of those under 25 are unemployed.

In the capital, Luanda, one of the most expensive cities in the world, the unemployed are engaged in petty trade on garbage-strewn streets lined with skyscrapers.

“People have nothing – no water, no electricity, children eat from garbage cans,” a 59-year-old ex-soldier, who gave his name as Salamao, told Reuters after casting his vote in the Nova Urbanizasa district.

President Lourenco, who is seeking a second five-year term, called on voters to come out and do the same after voting at Lusiad University in Luanda.

“In the end, we will all win, democracy will win and Angola will,” Lourenka told reporters.

TENSION DUE TO FEARS OF BETRAYAL

Many voters were less confident in Angolan democracy.

An activist monitoring group, the Mudei Movement, took pictures of the result sheets at as many polling stations as possible, fearing the fraud that has marred past elections.

“The policemen said to vote and go home. I told them I would vote and sit down,” said Severano Manuel, 28, from Cacuano, near Luanda.

“The school is terrible. The health care system is terrible. They are getting rich and we are suffering,” he said, echoing the sentiments of other young voters around him.

Earlier, the election commission stated that there were no disturbances that could jeopardize the process.

The announcement of preliminary results was not expected so soon.

“Voting is over, counting is ongoing and we cannot make any predictions about (announcing) the final results until this (process) is complete,” CNE spokesman Lucas Kilunda said.

A report by the Institute for Security Studies said that if the MPLA’s victory was perceived as a fraud, riots could follow.

If UNITA prevails, his victory could weaken decades of close ties with Moscow, for which the MPLA was a Cold War proxy during Angola’s 27-year civil war that ended in 2002.

The US supported UNITA.

UNITA condemned “Russia’s invasion of Ukraine”, Costa Junior wrote on Twitter. He also traveled to Brussels and Washington to build ties with Western partners ahead of the election.

Angolan media in March quoted Russian ambassador Vladimir Tararov as praising Angola for its neutrality in abstaining from a UN resolution condemning the war in Ukraine. He criticized UNITA for wanting to show that it “stands on the side of the West, the so-called civilized countries.”

“A UNITA victory would mean Angola’s distance from Russia,” Charles Ray, head of the Africa Program at the Institute for Foreign Policy Studies, told Reuters, but only if it can first consolidate power over the pro-Russian military.

Lourenka tried to improve relations with Washington and before the elections he applied to join the trade agreement with the European Union and the countries of South Africa, which has been in effect since 2016. Negotiations begin in a few months.