Zanewslive.com
Home Business Vettel says climate change is forcing him to question his work in... 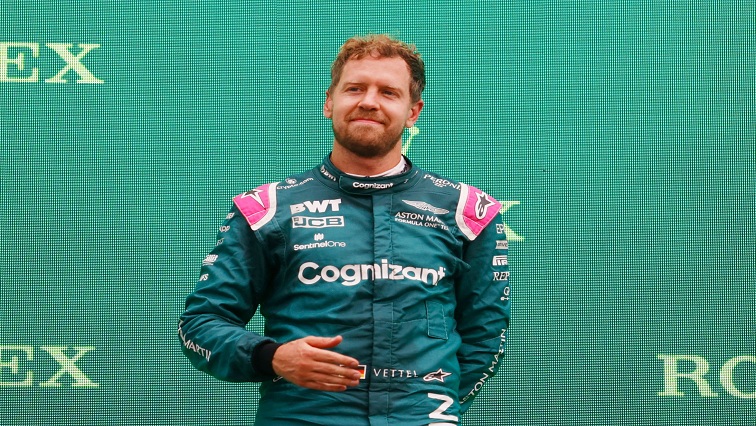 Four-time Formula One world champion Sebastian Vettel said Thursday that climate change has forced him to question his work as a driver who travels the world for racing cars.

Speaking on BBC Question Time, a TV show that mixes politicians and celebrity guests, the German asked if his position on the environment makes him hypocritical, given that he does sports that “trample”.

“That’s right, and you’re right to laugh,” said the 34-year-old father of three.

“There are questions I ask myself every day and I’m not a saint. “Certain things are under my control and some are not. I love driving, I love it, and every time I get in the car, I love it. “When I get out of the car, I certainly also think, ‘Is this something we should do, travel the world, waste resources?’

The Aston Martin driver wore a T-shirt in front of the Miami Grand Prix last weekend with the slogan “Miami 2060 – First Underwater Grand Prix – Act Now or Swim Later” to highlight the effects of climate change.

He also spoke openly about the environment and renewable energy, as well as human rights and LGBTQ + issues.

Vettel said Formula 1, which makes a big boost to sustainability, has also played an important social role as entertainment. “There are things I do because I feel I can do them better. Do I have to get on a plane every time? No, not when I can take the car,” added the driver, who finished at the end of the year. contract with his team.

Formula 1 aims to achieve a clean zero carbon footprint by 2030 with 100% environmentally friendly fuel from 2026, when a new engine will be introduced.

Vettel also commented on Brexit, the war in Ukraine, whether Finland should join NATO, energy dependence and the involvement of British Prime Minister Boris Johnson in the scandal with the “party gate” for violating restrictions related to the COVID-19 pandemic.