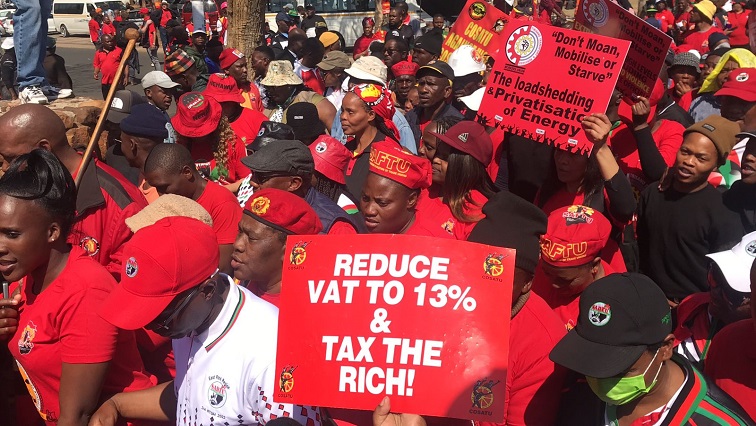 Saftu and the Congress of South African Trade Unions (Cosatu) handed over a memorandum of demands to the government at the Trade Union Building in Pretoria.

Members of the trade unions belonging to the two labor federations marched in various cities across the country to protest the high cost of living.

Vavi says they will recognize all workers who have heeded the call to participate in the national work stoppage.

“Labour has come out of this march much stronger, sending a message not only to SA workers but to other workers around the world that unity is enough. We are delighted that so many people got into taxis and buses to get to the capital to make a very important statement.”

“The number of workers who today stay at home and withdraw their work [Wednesday] unimaginable. I think that the workers today put a very powerful [statement] to the government to say: solve the problem or get out,” adds Vavi.

Rehad Desai of the Cost of Living Crisis Committee assesses the national repeal:

“The government listens to the workers”

Meanwhile, Minister of the Presidency Mondli Gungubele assured the protesters that the government would respond to their demands.

Gungubele received a memorandum of demands from the marchers.

Asked if the ruling party is worried about losing power in the 2024 national elections, Gungubele says they are focusing on delivering services and improving the lives of the poor.

“Whether we stay in 2024 or not, we’re not going to deal with it if our foundation is the fear of losing power. The only way we can stay in 2024 is to renew the historic intention of the ANC to work hard until we turn the economy around,” Minister Gungubele says.

The minister assures that the government will do everything to reduce the burden on the shoulders of citizens.

In the video below, Minister of the Presidency Mondli Gungubele speaks at a media briefing: