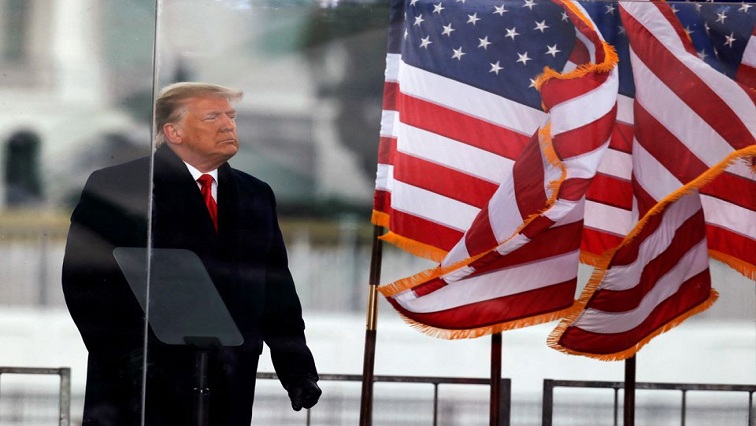 The Justice Department on Friday released new details of its investigation into government documents that former President Donald Trump removed from the White House, including 184 classified documents, some of which were marked “top secret” and contained sensitive information about government whistleblowers and intelligence gathering. information.

The heavily redacted affidavit on documents at Trump’s Mar-a-Lago estate, which was released Friday, did not itself reveal any major new revelations. But details in the affidavit may help explain why the Justice Department sought a court order for the Aug. 8 search.

Much of the 32-page affidavit remains under seal.

In a separate statement released Friday, the Justice Department said the information must remain confidential to protect the significant number of civilian witnesses as well as law enforcement and the integrity of the investigation itself. Much of this court filing has also been redacted.

The FBI’s Aug. 8 search of a Florida resort marked a major escalation in one of the many federal and state investigations Trump has faced while in office and in his private businesses. The ex-Republican president suggested that he might run for the White House again. He called the search politically motivated.

The FBI action was part of a federal investigation into whether Trump illegally deleted documents when he left office in January 2021 after losing the presidential election to Democrat Joe Biden, and whether he tried to obstruct the government’s investigation.

According to a document released Friday, an unidentified FBI agent said the U.S. National Archives discovered scores of “classified documents” containing “national defense information” when it retrieved 15 boxes from Mar-a-Lago in January.

The agent who prepared the affidavit said that after the FBI reviewed the initial batch of documents, it believed there was probable cause to believe Mar-a-Lago still had other documents.

“There is also probable cause to believe that evidence of obstruction will be found in the premises,” the agent added.

The records released Friday also showed how Trump’s lawyers tried to persuade the Justice Department not to open a criminal investigation, arguing that Trump had the authority to declassify the documents.

“Any attempt to criminally prosecute the president or former president related to his actions with respect to classified documents would raise serious constitutional separation of powers problems,” Trump’s lawyer Evan Corcoran wrote in a letter to the head of the Department of Justice dated 25 May counterintelligence.

“Furthermore, the main criminal statute governing the unauthorized removal and retention of classified documents or materials does not apply to the president,” he added.