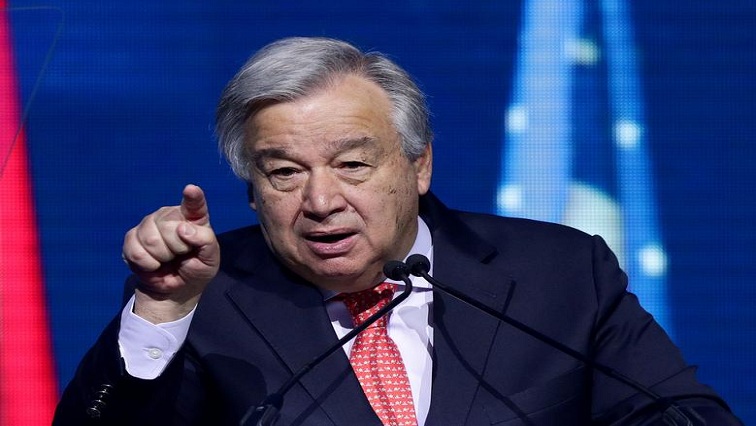 UN Secretary-General Antonio Guterres said on Wednesday that he was in “intensive contact” with Russia, Ukraine, Turkey, the United States and the European Union in an effort to resume Ukrainian grain exports due to the worsening global food crisis.

“I hope so, but there is still a way,” said Guterres, who visited Moscow and Kyiv late last month.

“The complex security, economic and financial consequences require goodwill on all sides.”

Speaking at a meeting on food security at the UN hosted by US Secretary of State Anthony Blinken, Guterres called on Russia to allow “safe and secure exports of grain stored in Ukrainian ports” and to ensure that Russian food and fertilizers have a full and unlimited access to world markets. “

The Russian war in Ukraine has led to rising global prices for grain, oil, fuel and fertilizers, and Guterres warned that this will exacerbate the food, energy and economic crises in poor countries.

“It threatens to push tens of millions of people across the country in the absence of food security and then malnutrition, mass starvation and hunger, into a crisis that could last for years,” Guterres said.

Ukraine used to export most of its goods through seaports, but after Russia’s invasion on February 24, it was forced to export by train or through its small ports on the Danube.

The head of the UN food organization David Beasley addressed Russian President Vladimir Putin: “If you have the desire, open these ports.” Beasley heads the World Food Program, which feeds about 125 million people and buys 50% of grain in Ukraine.

“This applies not only to Ukraine. It’s about the poorest of the poor who are on the verge of starvation when we talk, ”Beasley said.

Russia and Ukraine together account for almost a third of the world’s wheat supplies.

Ukraine is also a major exporter of corn, barley, sunflower and rapeseed oil, while Russia and Belarus, which supported Moscow in its war in Ukraine, account for more than 40% of world exports of potassium, a nutrient for crops.

“PREPARING TO MAKE OUR DESTINY”

Blinken said Russia needs to be forced to create corridors so that food and other vital supplies can safely leave Ukraine by land or sea.

“Currently, there are about 22 million tons of grain in Ukraine. Food that can immediately go to the aid of those in need, if it can just leave the country, ”Blinken said.

The United Nations said more than half of wheat imports from 36 countries rely on Russia and Ukraine, including some of the world’s poorest and most vulnerable, including Lebanon, Syria, Yemen, Somalia and the Democratic Republic of the Congo.

“Discussions, as far as I know, went well and positively,” Nebenzia told reporters on Wednesday, but he signaled that Ukraine’s entry into international markets is a separate issue. “We are ready to do our part. It is another matter to enter the Ukrainian grain market, ”Nyabenzia said.

Nebenzia said that although there were no direct sanctions on Russian fertilizers and grain, shipping, insurance and banking had cooled after the United States and others began punishing Russia for what Moscow called a “special military operation.” Ukraine.

Blinken said blaming the sanctions was “false” because the United States has created exceptions and is working to ensure that the measures imposed by Washington “do not hinder the export of food or fertilizers from Russia or elsewhere.”