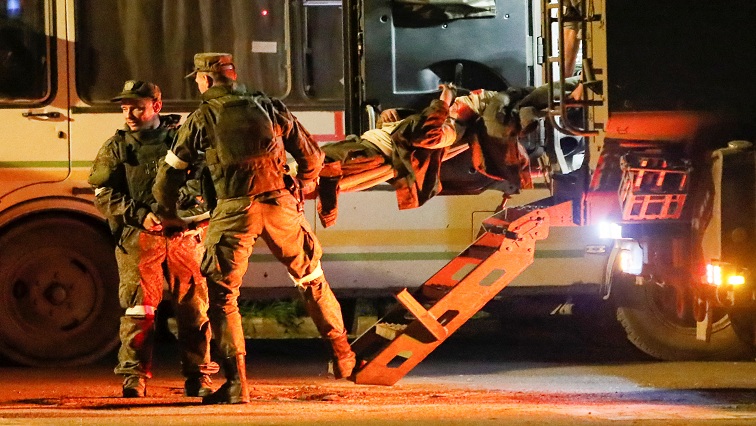 Ukraine’s military command said on Tuesday morning that a mission to protect the siege of the Azovstal metallurgical plant “Heroes of Our Time” in the strategic southern port of Mariupol was over and promised to save soldiers still trapped.

“The Mariupol garrison has fulfilled its combat mission,” the General Staff of the Armed Forces of Ukraine said in a statement. The Supreme Military Command ordered the commanders of the units stationed in Azovstal to save the lives of the personnel … The defenders of Mariupol are the heroes of our time ”.

A total of 53 servicemen were evacuated to the Novoazovsk hospital east of Mariupol on Monday, and another 211 were taken to another point, the deputy defense minister of Ukraine said.

Five buses and an armored personnel carrier with the military arrived in Novoazovsk late Monday, and some of the evacuees were taken on stretchers to hospital, a Reuters witness said.

Novoazovsk is now under the control of Russian-backed separatists who have held part of eastern Ukraine since 2014.

Since Russia launched the invasion in February, the destruction of Mariupol has become a symbol of both Ukraine’s ability to withstand Russia’s invasion and Russia’s readiness to ravage the Ukrainian cities it holds.

The last defenders of Azavstal stayed for weeks in bunkers and tunnels built deep underground to counter nuclear war.

Earlier this month, civilians were evacuated from the plant, one of the largest metallurgical facilities in Europe.

“The rescue of the defenders who remain on the territory of Azovstal continues,” the military said. There was no immediate reaction from the Moscow authorities to the events in Azovstal.

The President of Ukraine Volodymyr Zelensky in his night video call Monday a “difficult” day.

“Ukraine needs living Ukrainian heroes. This is our principle. I think that every reasonable person will understand these words, ”Zielenski said.

“The work continues to bring the boys home, and this work requires fragility. And time. “