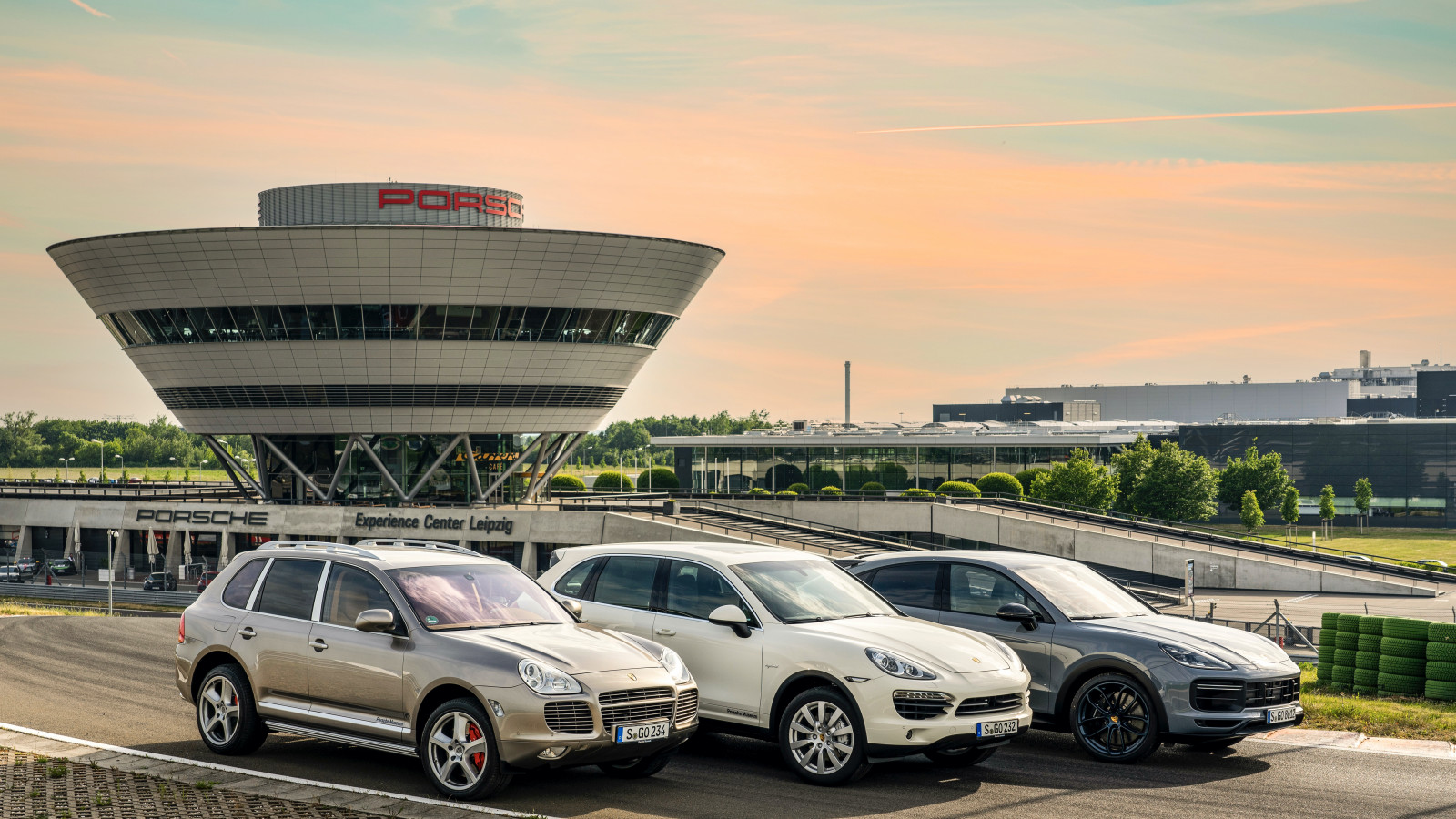 As one of our all-time favorite high-powered SUVs, the Cayenne has overcome its fair share of challenges and ended up being Porsche’s bread and butter.

Can you imagine for a second the original conversation about creating a Porsche SUV? A company that, throughout its history and with great success, has created only two-door sports cars. I guess there was more swearing than a Samuel L. Jackson movie, inevitably followed by some textbook accusations of sacrilege.

You see, it’s not that Porsche wanted to prove that it too could build a luxury SUV based on BMW’s success with the X5, which it had already launched in 1999. There was a real need to think outside the box, as only 14,362 new cars were sold during the 1992-93 financial year – less than half the volume of four years earlier. We assume that this was barely enough to pay the salary; never mind maintaining existing assembly lines or even developing new models. Losses are calculated in hundreds of millions.

On the emergency drawing board, Porsche even briefly considered developing a multi-purpose vehicle. I’m sure the marketing team would love to come up with slogans for the world’s most mobile mommy. The Porsche archives, however, claim that the company’s biggest market, a land of chrome parts and classic overcompensation with a habit of mispronouncing “Porsche”, began to show a strong interest in SUVs.

In 1989, 13 years before the launch of the Cayenne, Ferry Porsche predicted that “if Porsche builds an off-road model to the company’s quality standards and has the Porsche crest on the front, people will buy it.” Probably many thought that he was joking. Other, more open-minded board members probably saw the wisdom in these words and raised their hands for a radical step to secure the company’s future.

That’s all well and good, but it’s like saying, “Let’s build a house on Mars.” It’s a big leap into the unknown, so Porsche has enlisted the help of Volkswagen (VW) in what will initially be known as Project Colorado. The idea was relatively simple, with Porsche applying its experience in chassis construction and VW taking care of the modular aspects of bringing the idea to mass production, as it would also use the PL71 chassis to underpin its Touareg.

An idea that has proven promising in the future, as both the second-generation Cayenne and Touareg will use the PL72 chassis, and the latest iterations of both SUVs, now in their third generation, will use VW Group’s MLB Evo platform. The MLB (modularer langsbaukasten, German for modular longitudinal matrix or tool kit) also underpins the Audi Q7 and Q8, the Lamborghini Urus, and the Bentley Bentayga. In fact, the partnership seemed to work so well that the VW Group wanted Porsche all to itself a decade after the Cayenne first launched in 2002, buying 100% of the automaker, officially becoming its parent company.

The abbreviation SUV is something that is used very loosely these days to describe a vehicle that has a small amount of ground clearance and a trunk that can fit more than one suitcase. Most SUVs, however, are about as sporty as a relaxed game of chess. This was not an option for Porsche, as the expectations of potential customers extended beyond the handling of an SUV that was built “to the quality standards of the company bearing the Porsche crest”. It required some semblance of the athleticism for which his sports cars were so revered.

Porsche delivered. At launch, customers were given a choice between the Cayenne S and Cayenne Turbo, both with a 4.5-litre V8. The S had 250 kilowatts and 420 newton meters (Nm), while the Turbo had a then-astronomical 331 kW and 620 Nm of torque thanks to its twin-turbo motivation. This resulted in top speeds for the duo of 242 and 266 km/h respectively. Porsche has, in fact, achieved this.

Sure, it’s impressive, but it’s only on paper. Walter Röhrl, head of development for the first-generation Cayenne, recalled how he was amazed that something the size of the Cayenne could perform at such a level. “At first you think: it’s a truck. There’s weight when you brake, but I’m also going over 250km/h – most cars can’t even do that.’

While I won’t go into the styling of the first generation – call it space constraints – it doesn’t take a chartered accountant’s degree to conclude just how important the Cayenne was and still is to Porsche. This played a key role in turning the company’s fortunes around, which meant the continued development of the halo 911 and eventually Porsche’s foray into electric cars with the Taycan – all in line with the company’s unique approach to performance cars. For that, we thank whoever signed up for Cayenne in the first place.

Two decades and three generations later, the Cayenne continues to push the envelope. It had diesel and hybrid power. Some models were even plug-in hybrids, which for 2014 was nothing short of science fiction. The Cayenne even set the world record for towing an Airbus A380 (the world’s largest passenger plane), so naturally vans shouldn’t be a problem. It had its roof cut off in the name of coupe style and set the fastest lap for an SUV at the Nürburgring – watch the Cayenne Turbo GT record lap video.

Love it or hate it, it’s hard to deny the extent to which the Cayenne has helped cement Porsche’s reputation as a low-key sports car that keeps winged and brawny competitors on their toes while often defying physics.

So what does the next 20 years hold for the Cayenne? Well, for all we know, it might just be the first production SUV to break the two-second benchmark for 0-100 km/h, or the first car capable of full flight. We know that the legend of the powerful Cayenne lives on.