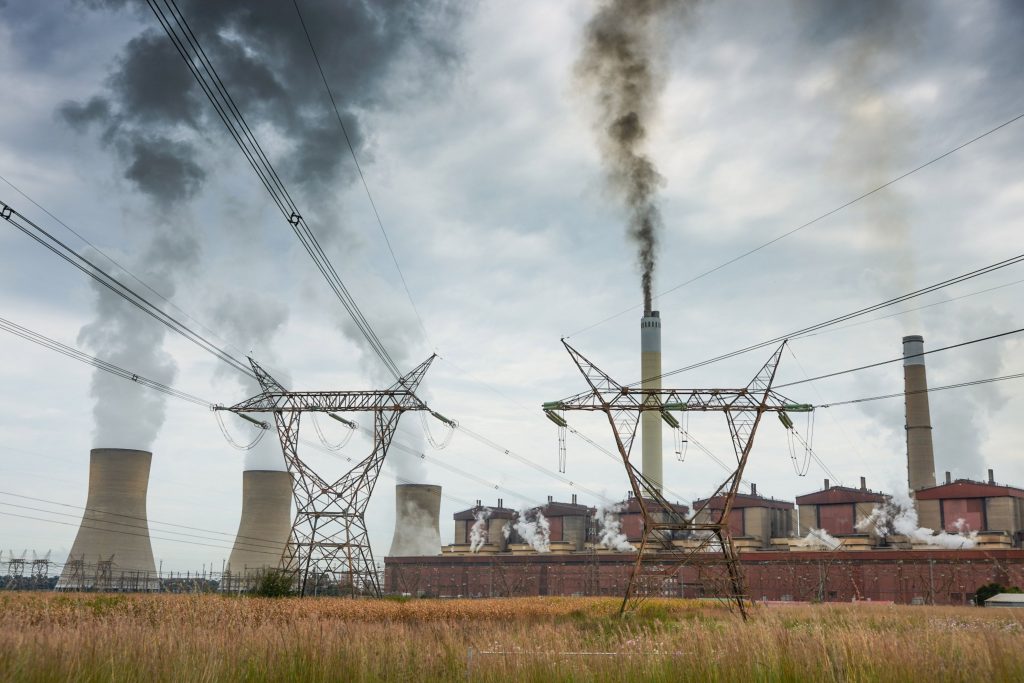 FIFI PETERS: I now turn my attention to the carbon tax. Government and business do not seem to agree on how to feel about the carbon tax in the coming years. Business feels the carbon tax rate hike between 2026 and 2030 will be too sharp and too fast, while the government says it is necessary for South Africa to meet its 2030 emissions reduction commitments.

In addition, the government appears to believe that certain exemptions and tax credits for businesses that reduce carbon emissions should have a net positive impact compared to the original tax.

We have Happy Khambule, Environment and Energy Manager at Business Unity South Africa, to find out more. Happy, thank you so much for your time. I see that Busa is one of the organizations opposing what the government is doing now in terms of the proposed form of carbon tax. Why are you so unhappy about it?

HAPPY HAMBULLE: Thank you for having me. Well, first of all, there are a number of problems with the proposals that the government has put forward. The first is that the government has suddenly denominated South Africa’s carbon price in US dollars. So it’s something completely irrational, and we don’t understand where it comes from. So that’s part one, but we’re glad they moved on from that.

We’re talking about carbon emissions by companies claiming a million tons of carbon, then you multiply that by the current bill and you’re talking about some companies going out of business and some not even do anything close to what their carbon tax would be.

So there are material considerations [are needed] what this means for South Africa’s industrial base.

FIFI PETERS: But as I understand it, the government says there are lots of exemptions and lots of tax breaks factored into the equation. This will mean you won’t actually pay as much. What do you say to that?

HAPPY HAMBULLE: This is correct. But if you look at the actual TLAB, it says nothing about the continuation of the allowance. What was said was the level of the raise and the denomination of that raise – and nothing about allowances or incentives.

In the explanation of the National Treasury about what will happen to the allowances, they expressed the opinion that if their rate increases, the allowances will decrease. Only today we got a better response from them to say that the allowances will remain to preserve the actual industrial base of South Africa. So that’s a good sign.

FIFI PETERS: You say it was a good sign.

HAPPY HAMBULLE: The second thing that was — I think people don’t understand about the carbon tax — is that even if you increase the carbon tax and reduce the quotas, the amount that the companies will pay is going to be much higher. But the final product, whatever is produced, must also begin to bear these costs. And in order for us to be able to recover from the current state that we are in, economically as well as in terms of our production, we will need to not overcome most of these costs. And this means that companies will have to internalize these costs [for] some companies, as you understand, don’t have the bandwidth to do that.

FIFI PETERS: But the government also says that if they don’t do it this way, we won’t meet our climate targets. A lot of these companies that you’re talking about may fall into the background in terms of global competitiveness as we move towards a world where companies will interact with other companies that tick all the green boxes. What do you say to that?

HAPPY HAMBULLE: There are two things. One is logical a mistake made by the government to which we may turn in a moment. But the more direct answer is that the carbon tax actually started in 2019 and in 2020 we actually stopped the carbon tax until January 1st 2022 because of the Covid issue.

Second, many people, not just business people, asked the Treasury itself [for] an impact assessment of the emissions reductions that have been achieved as a result of the carbon tax, because we need to understand whether that is a model of revenue generation or an actual model of behavior change and emissions reductions – and the Treasury has not been able to do that.

So what they’re saying is only in a normative sense, but in practice nobody really knows because we haven’t done that kind of assessment.

But the logical fallacy I’d like to point out is that companies [they] they are talking about the very companies that are very, very sensitive to international competitiveness. Why would a company that knows it needs to be internationally competitive take steps to undermine its own competitiveness? No one in business said the carbon tax should be scrapped. No one should say that the carbon tax should not increase. It’s really just the little things about the rate of increase and also the appropriate allowances to allow companies to be protected from some of the other upcoming unilateral decisions coming from our trading partners like CBAM.

FIFI PETERS: What is this?

HAPPY HAMBULLE: CBAM is a carbon cap regulatory mechanism proposed by the EU.

FIFI PETERS: Which will do what?

HAPPY HAMBULLE: Basically, if a product comes from a country that doesn’t have a carbon price, that product will be priced at the border on entry – obviously this is very simplified to make it easier to understand – and that when the product enters the European market, at it will have to be taxed. So it’s not just products that aren’t taxed or priced where they come from, but products that don’t have the necessary regulatory standards to describe in detail where they come from and what they do, and how much carbon they contain. , which they contain.

FIFI PETERS: Happy, we’ll have to leave it there, just in the interest of time. Thank you very much for this explanation. This has given us a better understanding of your industry and what is going on right now. Happy Khambule is the Environment and Energy Manager at Busa.