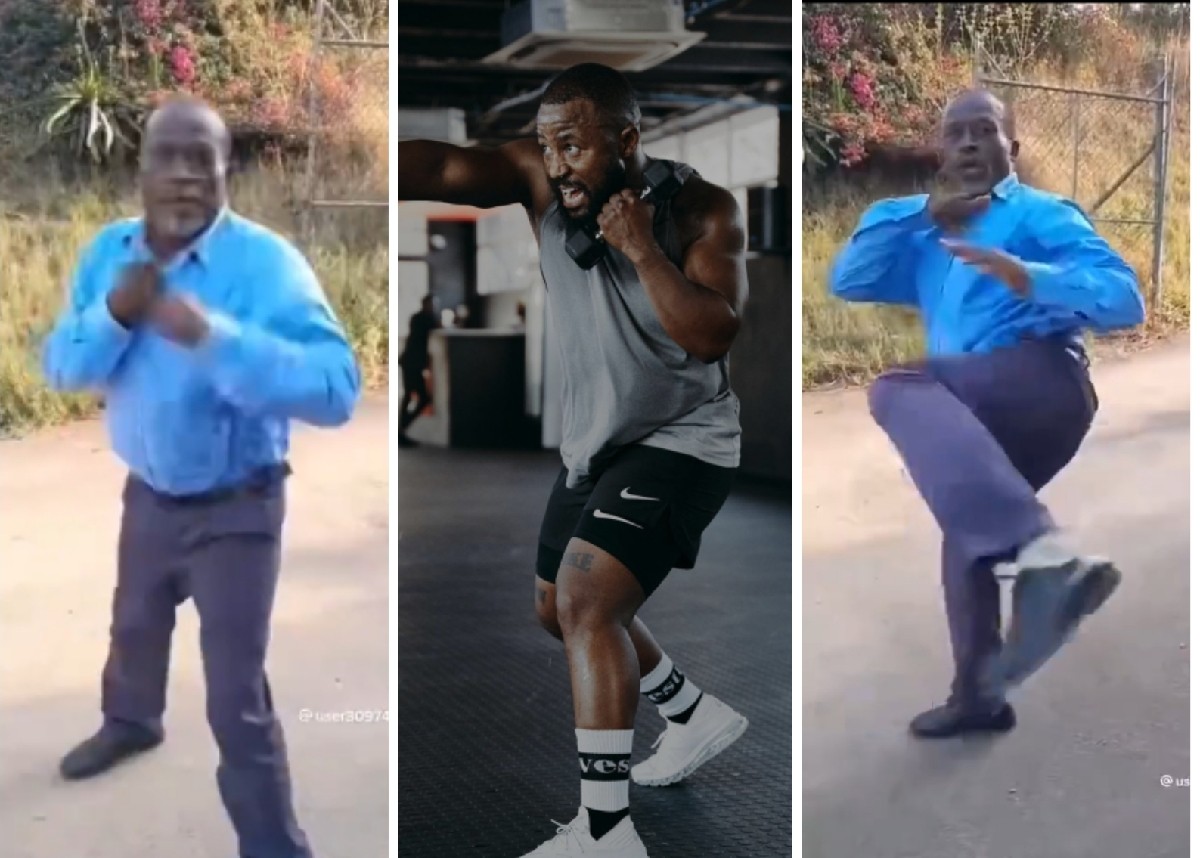 Musician and businessman Casper Nyovest’s idea for a famous boxing match has been warmly received since it was announced last year. After defeating controversial YouTuber Slik Talk in December, Casper has taken on more opponents.

These include singer and actor Naakmusik this April (to whom he lost) and rapper Priddy Ugly last weekend — whom he knocked out in the first round.

ALSO READ: ‘It was an unfair fight’: Sizwe Dloma on Casper vs Priddy Ugli

But no one was prepared for the hilarious video of a formally dressed older man oozing confidence challenging Kasper to a boxing match on Tik Tok.

IS IT A WORTHY RIVAL FOR CASPER?

A video of a man showing off his kickboxing skills while promising Casper his arms was posted on Twitter on Monday, October 3.

ALSO READ: Slik Talk Shades Priddy Ugly: ‘I’ve Made It To Round One’ [watch]

The man, later identified as Nyamboza (a clan name that refers to his surname, Mthetwa), tells the cameraman that he is ready to fight Casper; as he calls him by name.

“I’m training now. I want to face him face to face,” says the man, showing off his punching and spinning skills while dressed in a formal shirt, trousers and shoes.

“I want to knock him down…I’m sick of these losers who think they can fight,” Nyamboz says after dropping down to do some push-ups.

Since his victory over the soil rapper Priddy Ugly Casper asked fans to suggest more rivals. On Monday, he tweeted that he wanted to fight his nemesis, AKA what he called a “scared little kid.”

“I really want the AKA fight, but knowing he’s a scared little kid, he’ll run and avoid the subject. We all know he’s scared of me, so the question is who’s next? Who would like to see me fight next?”

Ironically, some fans suggested Build One South Africa leader Mmusi Maimane. However, the politician responded to Casper’s tweet with a video of fellow celebrity Siv Ngesi showing off his boxing skills.

“If you’re really about this kind of life,” the former DA leader wrote. When one tweeter asked Mmusi if he wanted to fight Cassper, he replied: “I’m putting my hands up, I’m not giving up.”

Video exchange with Fate the rapper said he is next, Big Zulu wrote in isizulu, “Don’t worry my hero. Set a date, set a time, and I will be there.”

Casper has not yet confirmed compliance.