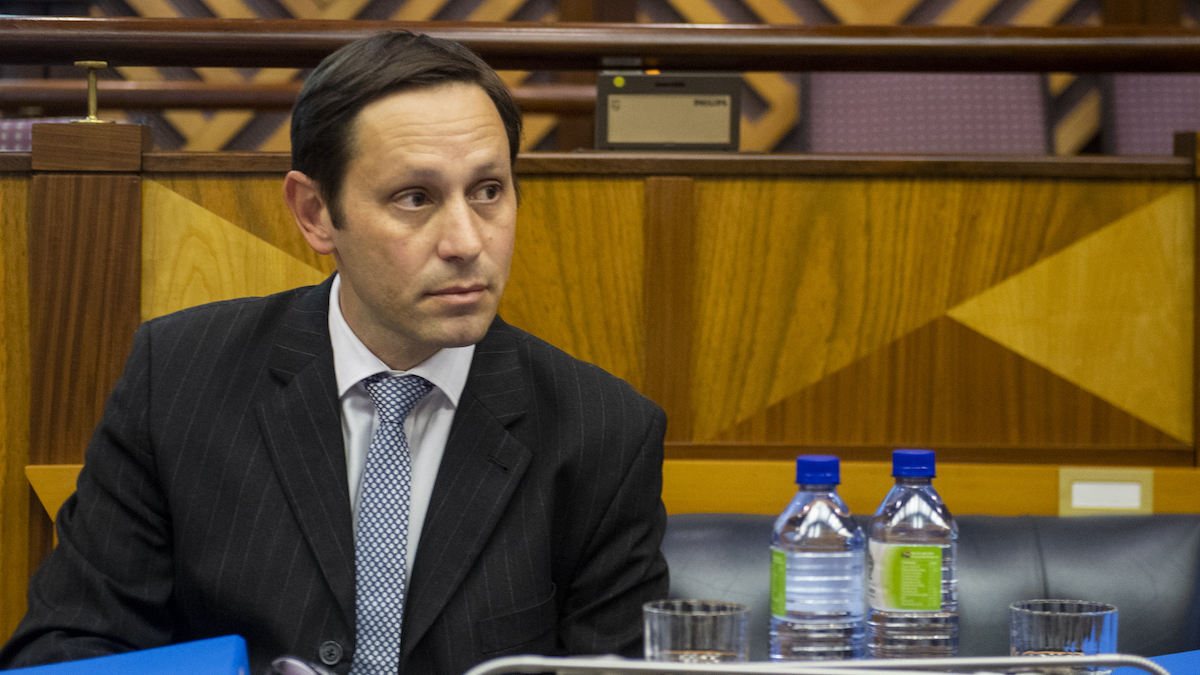 The Johannesburg Stock Exchange (JSE) has suspended former Steinhoff CFO Ben la Grange as a director of the company for 10 years. La Grange, who was CFO under former group chief Marcus Juste, was found to have processed a handwritten invoice for €23.5m (about R376m at the time) issued to him by Juste in 2016, which JSE deemed bogus. He was fined 2 million rand for failing to perform his duties with due care and skill. “La Grange should have known that, due to numerous accounting irregularities, Steinhoff’s previously published financial information did not comply with International Financial Reporting Standards and was incorrect, false and misleading in material respects,” the JSE found. – Sandra Lawrence

1. Interested parties refer to the JSE’s announcement published on SENS on 20 October 2020 in which the JSE imposed a public censure and financial penalties of R13.5 million against Steinhoff as a result of its breach of listing requirements.

2. Pursuant to the JSE’s investigation into the conduct of certain individuals who were in charge of the Company during the periods in question, the JSE has completed an investigation against Mr. La Grange in his capacity as Steinhoff’s Chief Financial Officer at the time of the violations. mentioned in point 1 above.

3. Steinhoff at Work was a subsidiary of Steinhoff Investment Holdings Limited, the primary holding company of which was JSE dual-listed Steinhoff. Steinhoff joined a structure called a “buyer group” through its participation in TG Group Holding SA and its subsidiaries (“TG Group”), whereby volume discounts were allegedly negotiated and collected by TG Group also for the group Steinhoff. as other third parties.

4. In mid-November 2016, Steinhoff’s Chief Executive Officer, Mr. Markus Juste, produced a handwritten document specifying the pro rata contributions that Steinhoff at Work would be entitled to receive from TG Group of €23.5 million. There was no actual transaction or any legitimate commercial reason for the information or calculations contained in the handwritten document.

6. TG Group never negotiated or collected these contributions, and TG Group did not pay for any of these contributions that were credited to Steinhoff Group as revenue. As a result of this fictitious transaction, through the processing of a false invoice, Steinhoff at Work’s revenue for the fifteen months ending September 2016 was falsely overstated by R376,649,872, which in turn falsely overstated the Steinhoff Group’s revenue, which subsequently was listed. Without this fictitious income, Steinhoff at Work’s stated operating profit of R47,545,585 should have been a loss of R329,104,287, and this loss should have been reflected in Steinhoff’s consolidated financial statements.

i General principle (v) as Mr La Grange did not exercise the highest standard of care in his direct involvement in the processing and implementation of the Steinhoff at Work transaction which was subsequently found to be sham; and

ii. General principle (v), how should Mr La Grange have known that the inclusion of income in respect of the Steinhoff at Work transaction, which was later found to be fictitious, would in turn overstate the income recorded in Steinhoff’s consolidated financial statements and contribute the 2016 financial results are incorrect, false and misleading in material respects.

10. As stated in the civil penalty imposed on Steinhoff on October 20, 2020, the company’s previously published financial information for 2016, 2015 and previous financial periods did not comply with IFRS and was incorrect, false and misleading in material respects, and this incorrect information was distributed to shareholders, the JSE and the investment public.

11. The JSE found that Mr La Grange’s actions and failure to comply with material provisions of the Listing Requirements were one of the reasons for the publication and dissemination of material misstatements in the Steinhoff Group’s 2016 consolidated financial statements and its statement of financial position as at 1 July 2015.

12. Mr. La Grange held a senior financial position in the company and was directly responsible for the management of Steinhoff’s financial activities and for the preparation and control of Steinhoff’s consolidated financial information. Mr. La Grange should have known that, due to numerous accounting irregularities, Steinhoff’s previously published financial information did not comply with IFRS and was incorrect, false and misleading in material respects. Mr. LaGrange’s actions directly caused and/or contributed to Steinhoff’s violation of the listing requirements.

13. Accordingly, the JSE found that Mr La Grange had breached Listing Requirements Clause 8.62(b) in relation to Steinhoff’s financial information for the 30 June 2015 and prior financial periods when Steinhoff was primary listed on the JSE, and the General principle (v) in relation to the financial information for the fifteen months ended 30 September 2016 when Steinhoff was secondary listed on the JSE.

14. Directors of issuers play a critical role in ensuring that listed companies comply with listing requirements. Issuers of securities listed on the JSE can only comply with the listing requirements if their directors take appropriate steps to ensure that such issuers comply in all respects with its provisions and that the financial information of listed companies , was in all respects true and correct and that it represents a fair and accurate presentation of the company’s financial information.

15. For these reasons and with reference to the JSE’s findings of infringement, the JSE decided to impose the following penalties on Mr La Grange:

i A civil penalty and a fine of 1,000,000 rand (one million rand) for Steinhoff’s consolidated financial statements for 2015 and prior financial periods and for the fifteen months ended 30 September 2016 that did not comply with IFRS and were incorrect, false and misrepresented in delusion material aspects;

ii. A civil penalty and a fine of 1,000,000 rand (one million rand) for Mr La Grange’s breach of the listing requirements in relation to the Steinhoff at Work transaction; and

iii. Immediate disqualification from serving as a director or officer of a listed company for a period of 10 (ten) years for failure to perform his duties and responsibilities as Chief Financial Officer with due diligence and skill.

18. The investigation into the conduct of other persons who were in charge of the company during the periods in question and who were bound by the listing requirements is ongoing.