Zanewslive.com
Home Tech The Government rejects the merger of ICASA and FPB 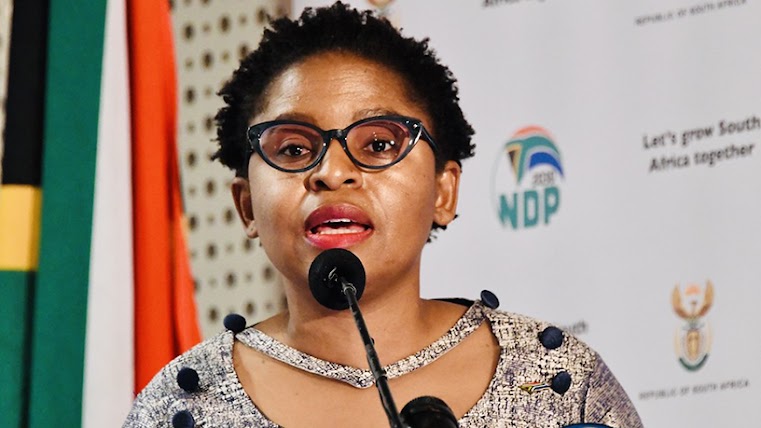 The merger of regulatory bodies the Independent Communications Authority of South Africa (ICASA) and the Film and Publications Board (FPB) will not move forward.

A delegation from the Department for Communications and Digital Technology (DCDT) and its units briefed the portfolio committee on performance and expenditure for the third and fourth quarters of 2021/22, including the status of some of the department’s units.

Asked by ANC MP Lesiba Molala about the merger of ICASA and FPB, Ntschauheni said: “We are going to Cabinet to review this decision.

“We interacted with both ICASA and the FPB. We don’t think so – especially with the new FPB [Amendment] Adopted law (which seeks to transform the organization into a full-fledged content regulator in the new Internet environment) – the merger will promote the development of films and publications; more attention will be paid to the work that ICASA is doing.

“We are not moving towards a merger as far as ICASA and FPB are concerned. We are going to keep the entities, but position FPB to deal with new platforms, new content management and media management businesses, apart from what ICASA is doing now.

“ICASA has a responsibility to ensure that the broadcasting space is good and also the digital integration of the country. We are working on the two entities separately.”

As part of the regulatory reforms, former DCDT Minister Stella Ndabeni-Abrahams unveiled changes to the department’s organizations in December 2019, revealing plans to merge ICASA, FPB and the .ZA Domain Name Authority (.ZADNA) into a single regulator.

While ICASA regulates SA’s telecommunications and broadcasting industry, the FPB regulates the creation and distribution of content on public platforms, including social media, and .ZADNA governs the .za internet namespace.

At the time, it was said that the reason for the merger was to reorganize and repurpose designated public organizations into “sustainable, self-sustaining and efficient agents for the delivery of services to communities”.

Furthermore, Ndabeni-Abrahams said the move would eliminate duplication between the three entities.

During the debate surrounding the merger of ICASA with others, former ICASA chairman Dr Keabetswe Madimoeng noted that at an organizational level, the process needs to be handled properly so that it does not lead to uncertainty.

“We question not so much the merits of the merger or demerger, but the accompanying narrative around that merger,” Modimoeng said at the time. “If we’re going to merge with other organizations, is a merger the first prize, or should we consider memorandums of incorporation or memoranda of understanding on how we can best work together.”

Among the obstacles facing FPB is the high vacancy rate at the plant, an issue DA Tsolafela Motshidi-Bodlani has questioned about its impact on day-to-day operations.

Motshidi-Bodlani also wanted to know how things were going with the appointment of the FPB Appeals Tribunal.

During the presentation, the Head of Department, Omega Shelembe, highlighted that among the challenges facing the FPB were high staff attrition and insufficient capacity (supply chain management), which contributed to lower productivity.

As of March 31, FBP reported a high vacancy rate of 14%, according to Shelembe’s presentation.

Ntshavheni informed the MPs that the case on the appointment of the FPB Appeals Tribunal will soon be transferred to the Cabinet of Ministers.

“The problem was that the first advertisement went out but the quality of applications was very poor, so we had to re-advertise the positions and then set up a process to assess candidates to make recommendations to Cabinet.”

Regarding the high level of vacancies at the FPB, Acting Director General Dr. Mashila Baloka states: “The level of vacancies stems from the supposed decision to merge the three regulators. We await the Minister’s approval in accordance with the process she has outlined as part of the Cabinet consultation on the future of these organisations.

“Once this is done, the moratorium on new posts will be lifted and the FPB will be able to bring in additional capacity under the new structure to implement the new law.”