Zanewslive.com
Home Lifestyle The Department of Agriculture is concerned that halting cattle movements will have... 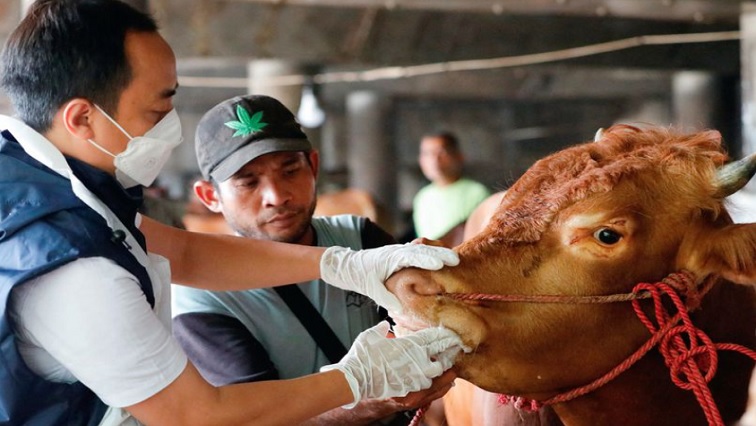 The Department of Agriculture says the suspension of cattle movement across the country will have a major negative impact on the economy. The agency says that this decision is aimed at stopping the further spread of foot-and-mouth disease in the country.

The ban means cattle cannot be moved from one property to another for any reason for a period of 21 days, which can be reviewed weekly. The government hopes that the disease would be stopped in the next three weeks to resume normal trade.

The Deputy Director General of the Department of Agriculture, Dippepenen Seraj, says the government is aware of the serious disruptions the ban will cause to the normal operations of many sectors.

Therefore, this ban will only apply to cattle, but warns the public that all ungulates can spread this virus and asks the public to exercise caution.

“This ban will automatically have a huge impact on the economy of the country in terms of livestock trade, that is why we decided to put it in for 21 days, actually scientifically we should have had it longer but we hope with this 21 days. days we will be able to control and contain it.”

The department says the disease is spreading at an unexpected rate:

“It is necessary to ban”

Coordinator of the National Animal Health Forum, Marzan Roots, says the ban is necessary because of 16 other cases recorded in the past two weeks in the country’s two new provinces.

“The spread is at a stage where we need such strong action to stop it and make sure it doesn’t spread any further.”

“If a dairy farm is affected the milk can still be used for human consumption, it just needs to be pasteurized. So you know, as I say again, we’re lucky that we didn’t get hit to any great extent.”

“The impact is severe, you know when the ban was introduced in April the wool auctions continued until the beginning of June and the volume of wool together with storage and all the other costs associated with that has already affected over R730. million in the industry.”

Senior Agricultural Economist Paul Makube of FNB Agri-Business says that while the ban is a short-term measure, it is still having a devastating effect on the supply and demand dynamics in the country.

Makube says if the outbreak continues, it will reduce the country’s exports, which still make up a relatively small share of local production.