Zanewslive.com
Home South Africa The battle for Brazil’s future is not over yet – only in… 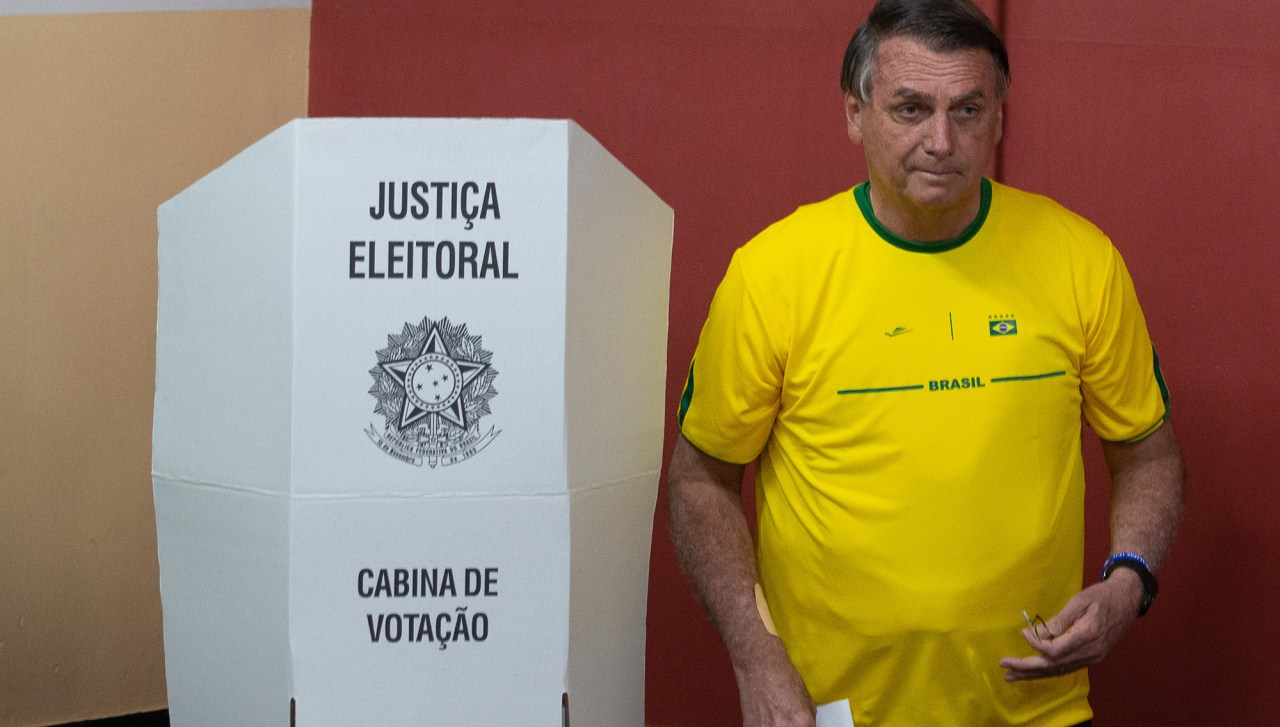 The country now faces a tense second round of elections, the disinformation machine will be on full blast, political violence will intensify, and the threat of a potential coup remains very real.

I’d prefer not to say this publicly, but the point is that these results were within golpismo (coup d’état plot), that is, close enough to warrant Bolsonaro’s repeated attacks on the electoral system. They also showed those military, big business and other authorities in Brazil debating whether to back the loser and perhaps even open back channels to Lula and the PT that Bolsonaro is still a game player. If Lula’s lead over Bolsonaro were higher, Bolsonaro would not have the support to attempt or carry out a potential coup. We will see in the coming days what the military, police and others have to say about the elections.

Simply put, the polls were once again massively skewed and underestimated Bolsonaro to a staggering degree, even though Lula’s support levels were mostly correct. When I arrived in Brazil last week, the mood among Lula’s supporters was upbeat, with leading opinion polls putting him 10 points ahead of Bolsonaro; the question was whether he would win outright or not. It matched the energy on the streets of downtown São Paulo on election day: as I walked through the old center to Avenida Paulista, I saw thousands of smiling faces wearing red Labor Party clothing or Lula souvenirs, and almost no one wearing the yellow and green national football shirt , which has become the Bolsonarista’s choice, even in barrios nobres (posh areas) and shopping malls.

Now the supporters of the Workers’ Party (PT) look shocked; “calm down” and “rivatril (valium)” were the top topics on twitter during the vote count last night. This was because Bolsonaro’s support turned out to be much higher than the polls suggested, most evident in the southeast, where Datafolha had Lula by 43% over Bolsonaro’s 35%, but ended up being comfortable for Bolsonaro, especially in the most the densely populated state of São Paulo, and to a lesser extent in Rio de Janeiro. Part of the problem with polls is that, as much as everyone likes to say “don’t trust polls,” they still shape collective expectations and there are no consequences when pollsters get it wrong.

For example, in São Paulo on Friday, the leading polling firm Datafolha had Lula 50% and Bolsonaro 36%, and Ipec 48-39%: the final result was Bolsonaro’s 47.71% against Lula’s 40.89%, even though at least Lula managed to conquer the real city of São Paulo. This was also the case in the São Paulo gubernatorial race, where 2018 PT candidate Fernando Haddad led with 9% over hard-right Tarcisio de Freitas — eventually Tarcisio finished with 42%, ahead of Haddad by 7%, now it will proceed to the second round, where Haddad has a slim chance of winning. Bolsonaro did better in 27 states than what another major polling company, Ipec, had predicted, despite running a fairly low-energy campaign that seemed more Jeb Bush than Donald Trump.

It is essentially the same electoral map as in 2018, except with a much larger number of votes for the PT, which managed to flip one large state, Minas Gerais, which traditionally leads in Brazilian elections. The Southeast, the South, the Center-West, the North voted for Bolsonaro, and the Northeast overwhelmingly chose the PT. Bolsonaro, despite his appalling record in office, hundreds of thousands of avoidable deaths, environmental crimes, general incompetence and outright attacks on democracy, remains popular. More than 50 million Brazilians, for reasons that will become clear in the coming days as more data comes in, chose it. There was no denying the utter disaster of the Bolsonaro government in the election.

This is partly due to the fact that the new right in Brazil has carried out a kind of cultural revolution and captured some common sense in a large part of the country. It also corresponds to important changes in the country’s society, such as the increasing dominance of large-scale agriculture in the economy and the rapid growth of evangelical Christianity. It’s also because there were probably millions of shy Bolsonaros who were too embarrassed to admit they would vote for him in public who voted privately. In addition, many outside voters who had previously considered voting for Tebet or Ciro Gomez decided to “turn PT” and voted for Bolsonaro that day.

It may also be due to the power of patronage, as Bolsonaro has given billions to the “physiological” rent-seeking interests that dominate Congress to stay in power and avoid impeachment. For this reason, I would be weary of calling this election another case of the media and pollsters underestimating an “outsider” candidate because Bolsonaro is a president who runs the country, not an outsider.

The outsider narrative adopted by Bolsonaro has some obvious similarities to how Zuma operated – as if he was just a weak man who did nothing when he was president – indeed, Bolsonaro has his own team of Venzenistas (what did he do?). This was also the narrative played in the last televised debate on Globo (the country’s largest media network) because it seemed to be built around roasting Lula rather than the actual president. The farcical debate will be remembered for the presence of a crooked Orthodox priest who was sent by his crime party boss, now under house arrest, to offer softball questions to help Bolsonaro. This fake priest got over 80,000 votes.

If that wasn’t bad enough, the voting results were even worse: insane, criminal and generally anti-social candidates were elected in large numbers across the country. As some have pointed out, they include former health minister General Eduardo Pazuela – who was the most voted for federal congressman in Rio de Janeiro – who is considered responsible for the country’s disastrous response to Covid and attacks on the country’s health system; Environment Minister Ricardo Sales, elected federal congressman who has done everything possible to destroy the Amazon; the truly insane former Minister of Human and Women’s Rights Damares Alves, elected Senator of the Federal District (Brazil); and the former Minister of Justice, ex-judge Sergio Moro, who perhaps did more than anyone else to destroy the Brazilian constitution and justice system, was elected senator from Paraná (his wife was also elected as a member of the Federal Congress in São Paulo).

Of course, this does not mean that Bolsonaro will win the second round, Lula remains the favorite; it also shows that only he had a chance to defeat Bolsonaro in the national elections. It does mean, however, that the run-off will be a grueling fight over the next 28 days, as a visibly tired Lula told reporters and exhausted supporters gathered outside his campaign headquarters around the corner from me in downtown São Paulo last night: “We are going to win these elections — it’s just extra time for us.”

Bolsonaro, who also appeared rather tired, gave a short speech attacking the election campaigns for their ideological agenda. Some of his supporters, who according to some friends were deeply immersed in the bubbles of misinformation, were also quite depressed as they also expected to win the first round against the “lying media”. Although, I suspect they will be more energetic in the next week or so than the left.

If anyone, such as myself, was hoping that this election would mean a solid defeat of Bolsonarismo and a vindication of democracy and progress, they will be quite disappointed. The far right is here to stay, they are popular, they control a large part of the country, and they are a solid electoral bloc with a clear ideological vision to dismantle what is left of Brazil’s declining state capacity, handing the country over to the police mafia, evangelical capos, big agribusiness and all sorts of others. sly private interests that form Bolsonarista’s base of support. Even if Lula wins, the task of actually governing a country as complex and complicated as Brazil will become nearly impossible with so many degenerates, madmen and malcontents in public office.

For my PT friends, it’s like a national tragedy, the country they hoped to return to remains dead. Lula promised to make Brazil happy again, but happiness is yet to come. The New Brazil is one with a permanent and powerful far-right political movement, born out of the long death of the old respectable center-rights, who now exist only in zombie form and on the pages of mainstream newspapers. As Lula pointed out, the next 28 days will feel more like a nervy extra-time and perhaps even a penalty shoot-out than a resounding victory. DM