Zanewslive.com
Home Business The African Union and the ICRC mark the 30th anniversary of the... 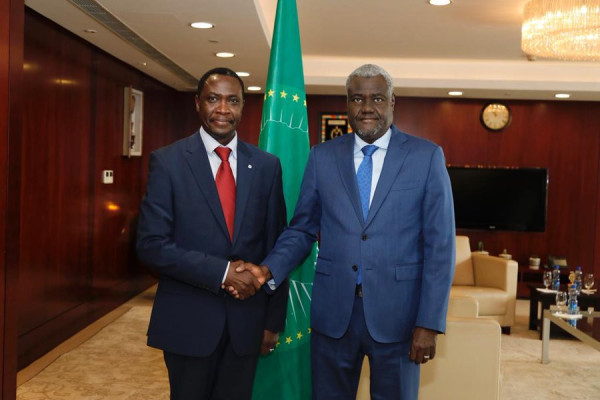 Africa accounts for about 14 percent of the world’s human population. For years, Africa’s path to progress has been hampered by political instability and violence in many regions.

This has resulted in humanitarian suffering, including displacement, food insecurity, detention, the wounded and the loss of family contacts.

To meet its humanitarian needs, the ICRC has deployed almost half of its global financial and human resources on the continent and has been able to help millions of people since it began operating in Africa in 1935. Today, the ICRC has 35 offices across Africa, employs about 8,000 people and spends about $ 800 million annually on various humanitarian events in Africa.

On the diplomatic front, the need to influence African states and important actors in the adoption and implementation of international humanitarian law – the body of law governing warfare – has been a highlight of its participation since 1992 after the signing of the Cooperation Agreement. an agreement (MOU) between the ICRC and the former UAE (AU) on technical cooperation, under which the ICRC also received observer status in the AU.

Since then, the AU has initiated numerous projects to promote international humanitarian law. After the signing of the MOU, then-UAE Secretary-General Salem Ahmed Salem said: “A few years ago, little was said in the UAE about humanitarian law, but the attitude of Africans is changing and people are more inclined to this area of ​​law.”

Celebrating the 30th anniversary of the signing of the Memorandum of Understanding on May 4, 2022, which took place in Hyatt Regency Addis, the ICRC and the AU celebrated the 30th anniversary of the partnership, listing the registered milestones. Over the years, the partnership has covered various AU bodies, including the now United Political Affairs and Peace and Security (PAPS), Health, Humanitarian and Social Development (HHS), Office of Legal Advice, and the African Commission on People and Human Rights. (ACHPR), African Committee of Experts on the Rights and Welfare of Children (ACERWC).

Breakthroughs registered by these agencies can also be seen in disarmament and weapons, and steps have been taken to promote the universalization of arms control and prohibition treaties, such as the Nuclear Weapons Treaty, the Small Arms and Light Weapons Convention. Conventional ammunition. Other notable areas related to advances in health care and health infrastructure, the Year of Refugees, Repatriates and IDPs 2019, the Silence of Weapons 2020 and the Arts, Culture and Heritage 2021 were particularly influential due to collective efforts to promote the agenda through joint activities. and political dialogues between AU member states and bodies.

In addition, joint efforts to address the problems of missing migrants on the continent led to the adoption of a resolution by the African Commission on Human and Peoples’ Rights on Missing Migrants and Refugees in Africa and its impact on their families at its 33rd special session. in July 2021. In addition, significant progress has been made in incorporating IHL into various AU policies and decisions.

During the event, the head of the ICRC delegation to the AU, Mr. Bruce Mokaya, reiterated: “Without the AU and African member states, the world would not have ratified treaties such as the Convention on the Prohibition of Anti-Personnel Mines, the Treaty on the Prohibition of Nuclear Weapons or the Global Compact on Migration.” He added: “Therefore, thanks to the cooperation and support of the ICRC, we have witnessed a significant increase in the involvement of IHL in the decisions and policies of the AU. We also saw the centrality of IHL / Human Rights in the work of the AU Peace and Security Council, the doctrine of AU peacekeeping operations and many other AU guidelines for the protection of civilians in situations of armed conflict. ”

The event was accompanied by a photo exhibition and video appeals from the ICRC and the AU. It also involved representatives from various departments of the African Union, think tanks and embassies.

Distributed by APO Group on behalf of the International Committee of the Red Cross (ICRC).