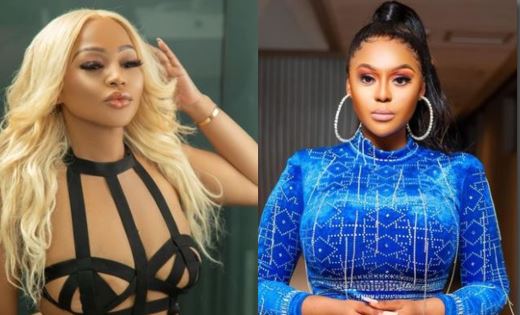 Teboga Tobejane demanded 500,000 rand from Innocentia Morolong, who accused her of sleeping with the president and working as a prostitute.

According to Sunday World, Teboga, an actress and businesswoman, sued Eno after she refused to retract her defamatory statement. “The defendant’s remarks are malicious and insulted the dignity of the plaintiff, which the plaintiff has the right to protect, because it is not true that the plaintiff is a prostitute,” the newspapers said.

YOU MAY ALSO LIKE: Minnie Dlamini’s ex-husband opens up about her alleged infidelity during their marriage

In March 2020, after a social media influencer accused Tebogge of sleeping with multiple men, Tebogge’s lawyers ordered her to withdraw the claims and apologise, but Ina refused.

“I will never apologize to Tebo, we will go the legal route but she needs to know that if she wants me in jail she is fooling herself because I will not go to jail,” Ina wrote.

YOU MAY ALSO LIKE: Mzansi emotional as Zoleka Mandela battles cancer again: ‘I’m dying… I don’t want to die’

“She gets most of her man [email protected]#$k she’s in her house upstairs… even her family knows but they can’t do anything about it because they have to eat. She is up there [also] throwing parties with drugs.’

Tebogo also stressed that there is no evidence against Inno Morolong.