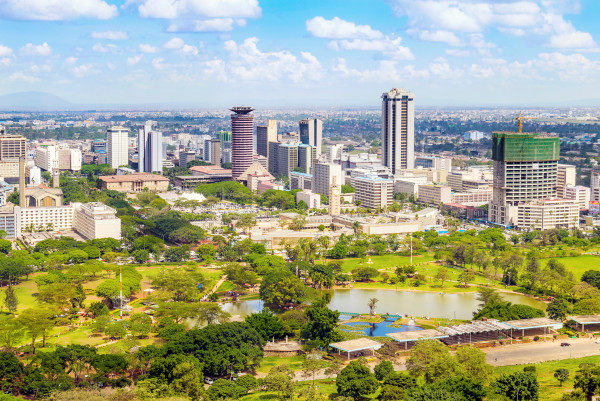 On the occasion of the 2022 Summit of Africities, which is being held from 17 to 21 May in Kisumu (Kenya), the African Development Bank (www.AfDB.org) and the Cities Alliance published a keynote report on Wednesday in Nairobi (Kenya) entitled “Secondary Urban Dynamics in Africa : Urbanization, Migration and Development ”, which provides a comprehensive overview, enriched by case studies, of the continent’s intermediary cities.

“Mediation cities are the basis of the continent. They absorb most of the urban population growth in Africa. However, they face significant investment shortfalls and have very few financial resources of their own, ”said Nenna Nwabufo, managing director of the African Development Bank for East Africa.

About 15% of Africa’s population lives in intermediary cities. But their growth is accelerating. By 2040, two-thirds of people moving to urban areas will move to intermediary cities. Accordingly, investment needs are growing. Now the challenge is to guarantee basic social services and turn these cities into hubs of economic growth to restore the balance of territories.

“The exodus of the village to the hypertrophied national capitals poses huge problems. It is very important to redirect some of these flows to intermediary cities in order to reduce the pressure on the capital, ”said Babati Mokheti, responsible for urban development at the African Development Bank. “By investing in medium-sized cities, we are creating a territorial network that strengthens the integration between cities and villages,” he added.

Over the past decade, the African Development Bank’s annual investment in urban areas has more than tripled. Intermediary cities were the recipients of these investments. In Senegal, for example, the Promovilles program, launched in 2017, supports thirteen intermediate cities through the strengthening of transport networks and the consolidation of the technical capacity of municipalities.

Approved by the African Development Bank in 2019, guidelines for supporting subnational financial entities should help change the legal and regulatory framework of member states by promoting good decentralization practices. For local actors, these recommendations provided access to a new range of financing instruments and direct support from the Bank. In Morocco, for example, the Municipal Equipment Fund was able to directly benefit from the Bank’s credit line, these funds were transferred to the municipality.

The city of Kisumu, which hosts the Africities conference, is currently joining the “Urban Program”, which includes intermediary cities such as Bizerte in Tunisia and Dodoma in Tanzania. “Apart from the support provided for the structuring of urban projects, the Urban Program will gradually create a network for the exchange of best practices between municipalities that share the same vision,” said Marcus Mayr, coordinator of the Foundation for Urban and Municipal Development in African Development. Bank.

The African Development Bank also led another report with the Sahel and West Africa Club (SWAC) of the Organization for Economic Co-operation and Development (OECD) and the United Nations Economic Commission for Africa (ECA) on the impact of major African cities. The report, published on April 26, is entitled “The Dynamics of Urbanization in Africa: The Economic Impact of African Cities.”

Distributed by APO Group on behalf of the African Development Bank Group (AfDB).

About the Alliance of Cities:
The Cities Alliance is a global partnership that fights urban poverty and helps cities achieve sustainable development. The Alliance manages a multi-purpose donor fund with the United Nations Office for Project Services as a host and administrator.

Orange and the German Society for the Development of Cooperation open the 11th Orange Digital Center in Africa and the Middle East in Liberia...