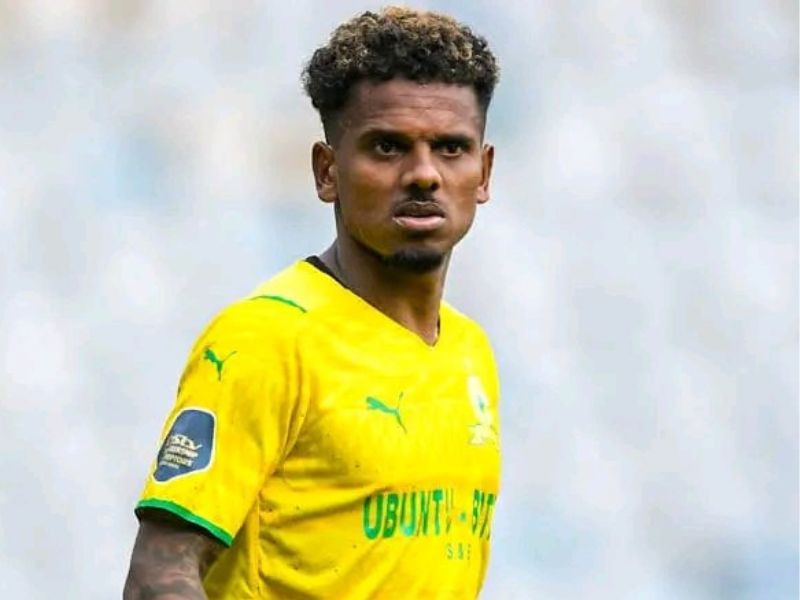 Mamelodi Sundowns are one of the hot topics on social media following their decision on one of their strikers, Paulo Sofranko, but another announcement is on the cards.

This comes as Kermit Erasmus is reportedly on his way out of the club after his number 11 shirt was handed over to new signing Marcelo Allende.

Allende made his debut on Wednesday and scored in their 3-0 DStv Prmeiership win over Stellenbosch at Loftus Versfeld.

Second-team coach Rulani Mokwena chose not to be linked with the former Cape Town City star’s future, but preferred to say the club would make an announcement in due course.

Social media is now abuzz as the skilful forward has been snubbed by the reigning league champions, with football fans calling on Kaizer Chiefs and Orlando Pirates to snap up the Gkeberh-born star.

“The club will give you information about it, administrative things. I am not the right person to ask sorry,” said Mokwena.

“The club hasn’t said anything, so everyone who is here and signed up for Sundowns is here. By the way, many numbers have also changed, you’ve seen different numbers on different players, but the club will announce that in due course.”

“No, man! We are tired of watching Eva Ng and the likes of Pepra! Time for the @orlandopirates to bring back Kermit Erasmus, we really need this guy. We can’t watch Bo Ng who can’t even catch the ball. This is bullshit! We need a deadly striker ASAP!!!!”

“Kermit Erasmus should go back to Cape Town where he will get more playing time. But then again, he can go anywhere as long as he avoids Kaizer Chiefs!!!”