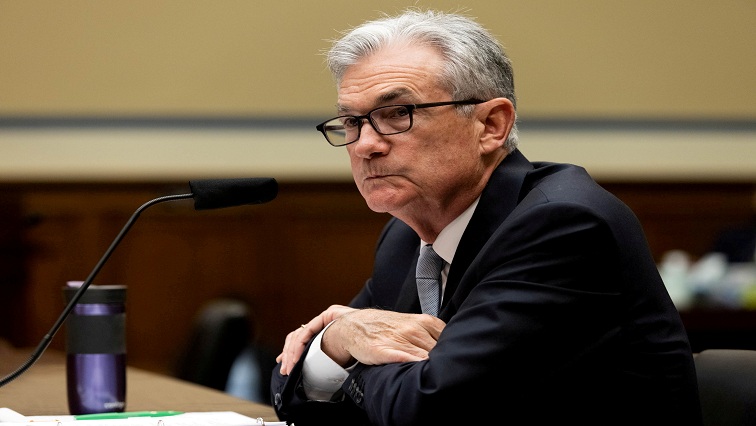 Upbeat economic data from Germany and gains in U.S. large-cap stocks helped lift global stock markets on Thursday, while U.S. Treasury yields fell as investors awaited the Federal Reserve’s meeting in Jackson Hole for input. on the plans of the central bank to combat inflation.

The Federal Reserve’s annual monetary policy conference begins Friday in Wyoming, with a focus on what Fed Chairman Jerome Powell may say when he speaks at the conference on Friday at 10 a.m. EDT (1400 GMT).

Investors will be looking for clues on how much to raise US interest rates and for how long if inflation does not fall significantly from current 40-year highs.

“We are in the period between the end of the second quarter earnings season and significant additional data from the Federal Reserve.

The euro fell below $1 before details of last month’s European Central Bank meeting – when the bank raised rates by 50 basis points (bps) – showed policymakers’ concerns that inflation was taking root.

U.S. Treasury yields fell on Thursday after hitting multi-week highs in the previous session, as investors rebalanced positions amid uncertainty ahead of Powell’s speech.

“I think the political risk for the Fed not to do 75 is too great, because if they slow it down in September and then the data shows that inflation is still too persistent, it’s going to be hard to tell the markets to go back to being more restrictive.” he added.

Investors have reduced expectations that the Fed may lean toward a slower pace of rate hikes as U.S. inflation remains at 8.5% year-on-year, well above the Fed’s 2% target. But Powell’s speech, due on Friday, will be closely watched for signs that the economic slowdown could change the Fed’s strategy.

Investors now expect the Fed rate to peak at 3.80% in March 2023, up from 3.62% two weeks ago, said Tapas Strickland, NAB’s chief economic officer.

Interest rate futures assume a 60% chance of a 75bp Fed hike. in September, compared to 50% earlier this week.

Eurozone money markets are now pricing in an ECB rate hike of around 100 basis points by October, including a slight chance of a 75 basis point rate hike next month.

In currency markets, the dollar was down 0.2% against a basket of currencies, while the euro was up 0.05% at $0.9974, just below parity with the US currency.

Oil prices fell on Thursday in choppy trading as investors braced for the possible return of sanctions-hit Iranian oil exports to global markets and on concerns that rising US interest rates would dampen demand for the fuel.

“This increases fears that in some countries ‘peak inflation’ may not yet arrive,” he said. “Politicians are about to face some unenviable choices as they battle the worst stagflation we’ve seen in decades.”