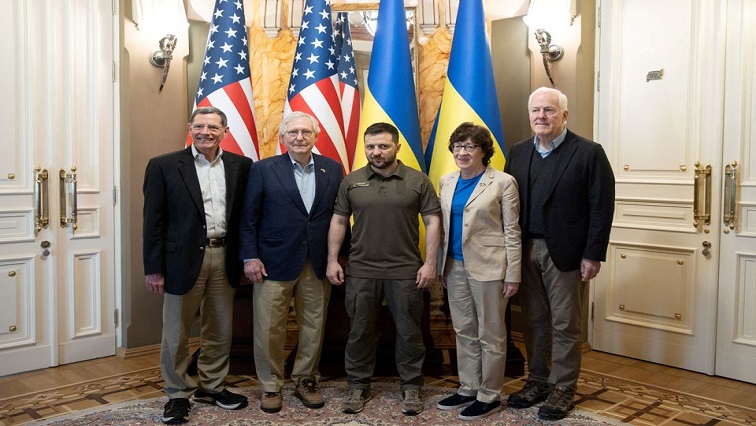 Mitch McConnell, the top Republican in the U.S. Senate, paid an unannounced visit to Kyiv on Saturday along with other Republican senators and met with Ukrainian President Volodymyr Zelensky for talks.

McConnell is pressuring Republican Senator Rand Paul to stop his opposition to a $ 40 billion aid package to Ukraine that has strong support from both major parties.

Zelensky welcomed what he said was a powerful signal of bipartisan support for Ukraine and the strength of relations between the two countries.

“We discussed many areas of support for our state, including defense and finance, as well as strengthening sanctions against Russia,” he said in a video message, adding that he stressed the need to recognize Russia as a terrorist state.

Moscow’s ambassador to the United States warned against closer cooperation with Ukraine, saying that the situation in the region is “extremely dangerous,” reports TASS.

McConnell was accompanied by other senators Susan Collins, John Baraso and John Cornin.