Zanewslive.com
Home Business Sanctions against Tornado Cash and the future of mixing services 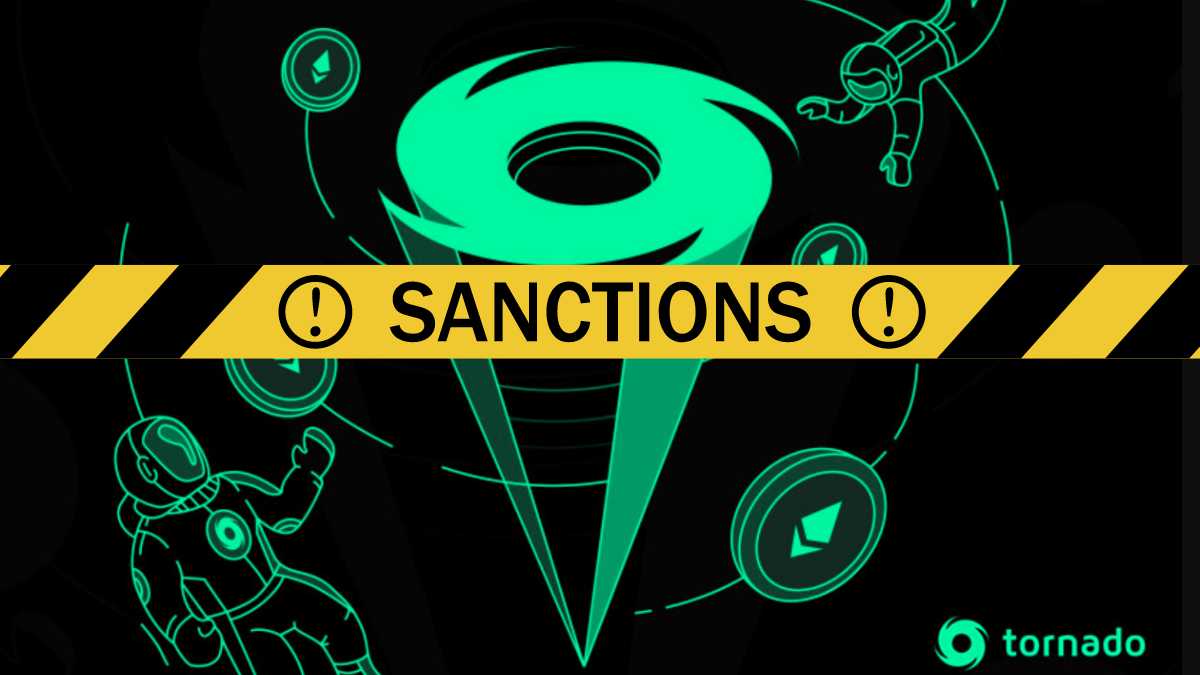 In this episode of CrypTalk, Ross Sinclair talks to Jaltech’s Gaurav Nair about the sanctions against Tornado Cash, a cryptocurrency mixing service that was designed to ensure privacy but was used for money laundering by North Koreans, prompting the Office of Foreign Exchange Control (OFAC) to crack down on the service. It also discusses how to keep your crypto safe and what risks you face with each different service.

Gaurav Nair on what a mixing service is

There are many of them (mixing services) in the blockchain ecosystem. And what it does is basically offer a privacy service. If someone knows your address on the blockchain, then because the blockchain is just a list of all transactions and it’s public, they can see every transaction you’ve ever made and every transaction you’re going to make in the future. And so these services appeared. And what they do is they allow you to transfer your money. Many people do this at the same time, and then they transfer to a new wallet. So, in this case, no one will know that the wallet belongs to you. This gives you the ability to stay private and keep your transactions to yourself.

You can imagine if you gave someone your bank account because they owe you money on it, they would know everything you did. They can see what gym you go to because you can see your gym membership, they can see what you like to buy, etc. So privacy is actually a very important thing. No one wants the whole world to know about everything they do. To give you some specific examples, Ethereum founder Vitalik Buterin said that after all this, he used mixing services when he donated money to Ukraine. So there are various reasons why people want to keep things private. There’s always the trope that if you want something to be private, you have something to hide. But this is not necessarily so. There are many legitimate reasons why people want privacy.

About what prompted OFAC to sanction Tornado Cash

Therefore, Tornado Cash is a smart contract. This is a piece of code that runs on the Ethereum blockchain and is not run by humans. It just works automatically on a permanent basis. And when you deposit money, you can specify which wallet it is paid to, and that way you can achieve privacy. Now there is a group in North Korea that hacks cryptocurrency exchanges and various programs. And once they get these crypto tokens, they use these mixing services to hide the fact of how they eliminated it, and then they use it to fund their regime, it could be funding their nuclear program or whatever. So the US government, seeing that North Korea was using Tornado Cash, put it on the sanctions list, the OFAC list, and that means that US citizens, that is, individuals or companies, can no longer interact with Tornado Cash. Now that’s a precedent. There have been other mixing services that have been sanctioned in the past. But these mixing services work differently. They work pretty much manually where, say, a lot of people give me their currency and then I exchange it. However, Tornado Cash is just a code. And this code was sanctioned for the first time. Previously, only people or property were subject to sanctions. And so there have been a lot of questions about whether OFAC is even allowed to do that. I’m sure there will be many challenges in court in the coming years. Also, America has pretty strong protections for free speech, and previous court cases have treated programming, software, code as speech. So from a free speech perspective, there are all kinds of questions about whether it can be sanctioned on top of all that. One of the developers of Tornado Cash was eventually arrested and is in custody in the Netherlands, which also caused deep consternation in the industry.

I guess that’s a question we have to struggle with as a society. Where do we want to draw the line? The fact is that with the improvement of technology, the ability to provide surveillance also improves. And the question is becoming more and more important. Another question is, should we just ban anything that leads to privacy? And one approach that has been proposed by regulators is to regulate the places where cryptocurrency is turned into money. So when you take rand and buy cryptocurrency on an exchange, at that point the exchange asks where you got the money from. And so on. Then, while you’re on the blockchain, potentially enable the use of privacy, technology, and so on. Finally, if you want to get back into the rand, now is the time for the stock market to ask, “Where did all this money come from?” And so if you were selling drugs and making money that way, that’s the point where there might be an investigation where we say, “Well, let’s follow this lead now. Where did it go? It affected the mixing service.” If you can’t prove how you get back the money, if you can’t prove that it doesn’t come from a criminal source, then let the regulator catch you, not just ban the use of all these tools for the general public.