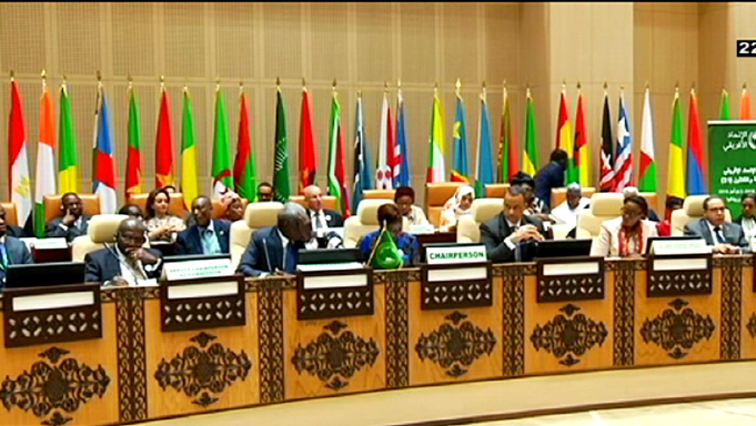 The South African Broadcasting Corporation (SABC) in collaboration with the Mail and Guardian launched the first “Great Debate in Africa” ​​in Cape Town on Tuesday.

The series of debates will critically address current topics from the continent’s political, economic and social spheres, focusing on banking opportunities in Africa and infrastructure development.

The first group of speakers discussed, among other things, how it is time to think about how African resources work for Africans.

Participants in the first debate were the chairman of the Zambian Mining Holding Company and the Pan-African Venture Capitalist, who focused on small startups.

Dolika Banda from Zambia said there has historically been little insightful leadership to support Africans enjoying the continent’s riches. Despite the skepticism, Banda claims that there has been a shift, saying further that Zambia has policies in place to create economic opportunities for local communities and businesses that started with increasing the cost of raw materials.

Dolika Banda of Zambia’s ZCCM Mining Holding Company said: “It’s time to think about how Africa’s resources, assets and assets work for Africans. so I accept and agree with you that so far this has not been well implemented, but certainly when you talk to management, there is a change of opinion and there is a strategic policy that encourages industries to involve local communities, whether through supply chains as well also added value, regardless of the minerals they produce. We produce, add value on the ground instead of exporting raw materials, and then it comes back to us at a price twice or ten times higher.

Africa’s population is young and promising. However, for small start-ups, the path to success is often associated with difficulties such as lack of capital. This hinders the development of good ideas in medium and even larger companies.

While Africans have many innovative ideas, finding funding is a major challenge. Both large corporations and governments have a role to play.

Janad Du Plessis of Launch Africa Ventures says: “We need governments to create a regulatory environment conducive to the growth of startups. how easy it is to create a new company, how easy it is to register its VAT, have all the right requirements, what incentives for an entrepreneur to leave their job with their great idea and start a startup. All these are very difficult things that entrepreneurs have to deal with, because they often have to leave high-paying jobs and work without money for a long time. “

However, according to Doo Plessie, Africa’s potential is recognized, and this is evidenced by the investments made over the past decade.

The gang says Africa has been happy with immense wealth and all Africans need to focus on making Africa Day every day.

SABC’s Africa Month events will culminate in a Channel Africa webinar with the Mail and Guardian on 31 May on both digital platforms, concluding the annual theme.