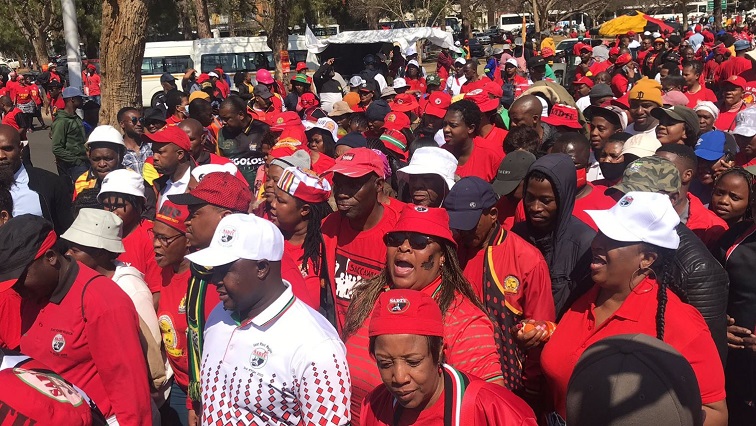 He says it is the responsibility of both the government and the private sector to find help for South Africans.

Shingange joined a march that leaders of COSATU and the South African Federation of Trade Unions (SAFTU) organized to union buildings in Pretoria as part of a national stoppage against the high cost of living.

He says, “You know the people who are most likely to be employed today can’t get to work because the pay they take home is actually less than what they use to go to work. Today, they cannot afford food and a grocery basket. Gasoline is not available, and electricity, which is expensive, cannot be avoided either. We’re trying to tell politicians and industry leaders, especially the private sector, that they need to rethink the policies they’re following.”

VIDEO: Workers take to the streets over rising cost of living:

SAFTU and COSATU in Limpopo are leading a march in Polokwane on Wednesday against high unemployment and high cost of living among others.

The march started at SABC Park and proceeded to the Prime Minister’s Office.

COSATU provincial secretary Gerald Twala says they resorted to a stoppage after the government failed to listen to the workers.

In Joubert, near Klerksdorp in the north-west, educational and medical facilities, as well as taxis, are operating as normal despite the national shutdown.

However, COSATU provincial secretary Kopano Konopi says schools will be closed later in the day as they begin their march to the Department of Employment and Labor to hand over the memorandum.

Schools, clinics and hospitals are operating as normal and seemingly unfazed by the national shutdown of the Cosatu economy.

Cosatu says schools will be closed later, but on Wednesday morning the blackout message did not appear to have been heard as many went about their daily activities.

VIDEO: Strike and impact on education: