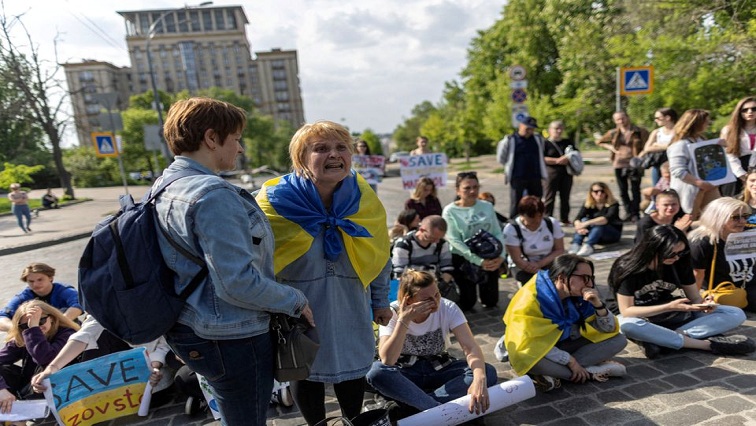 Relatives and supporters of Ukrainian fighters at the Azovstal steel plant on Thursday called for new efforts to save them, as Kyiv said new talks were under way with Moscow on a plan to rescue the severely wounded servicemen.

Russian troops have bombed a metallurgical plant in the southern port of Mariupol, the last bastion of Ukrainian defenders in the city, which is almost entirely controlled by Russia after more than two months of siege.

Civilians were trapped at the plant, and Kyiv says they were all evacuated.

But so far there is no agreement to withdraw hundreds of fighters, some of whom are wounded.

“We have started a new round of negotiations around the road map for the operation (evacuation). And let’s start with those who are seriously injured, “Deputy Prime Minister Iryna Verashchuk told 1 + 1 TV channel.

Verashchuk said that the Ukrainian authorities are cooperating with the Red Cross and the United Nations, which assisted in previous evacuations.

“We want a document to be signed on how the evacuation will take place in Azovstal,” she said, adding that Turkey, which offered to hold talks between the presidents of Russia and Ukraine, also acts as a mediator.

Demonstrators, mostly women, marched through the center of Kyiv, holding banners and chanting “Save the defenders of Mariupol, save Azovstal”, “Glory to the heroes of Mariupol” and “Save the military of Azovstal”. Maria Zimarova, a relative of which is a fighter of the Azov Battalion, said with tears in her eyes: “I want all the defenders who are there to return home so that they can continue to live a normal life with their children and relatives.”

People hiding in metallurgical plants died from wounds that are usually treatable, Tatiana Pogorlova said. “No one is trying to save them.

There is nothing we can do but gather for such demonstrations and make demands on our authorities. ” Mariupol resident Alina Nesterenko was also present at the demonstration in Minsk.

“The conditions they are in are horrible,” she said. “I have no words to describe them. That’s why we’re here. We ask, we pray in every way, we ask to save our relatives “.