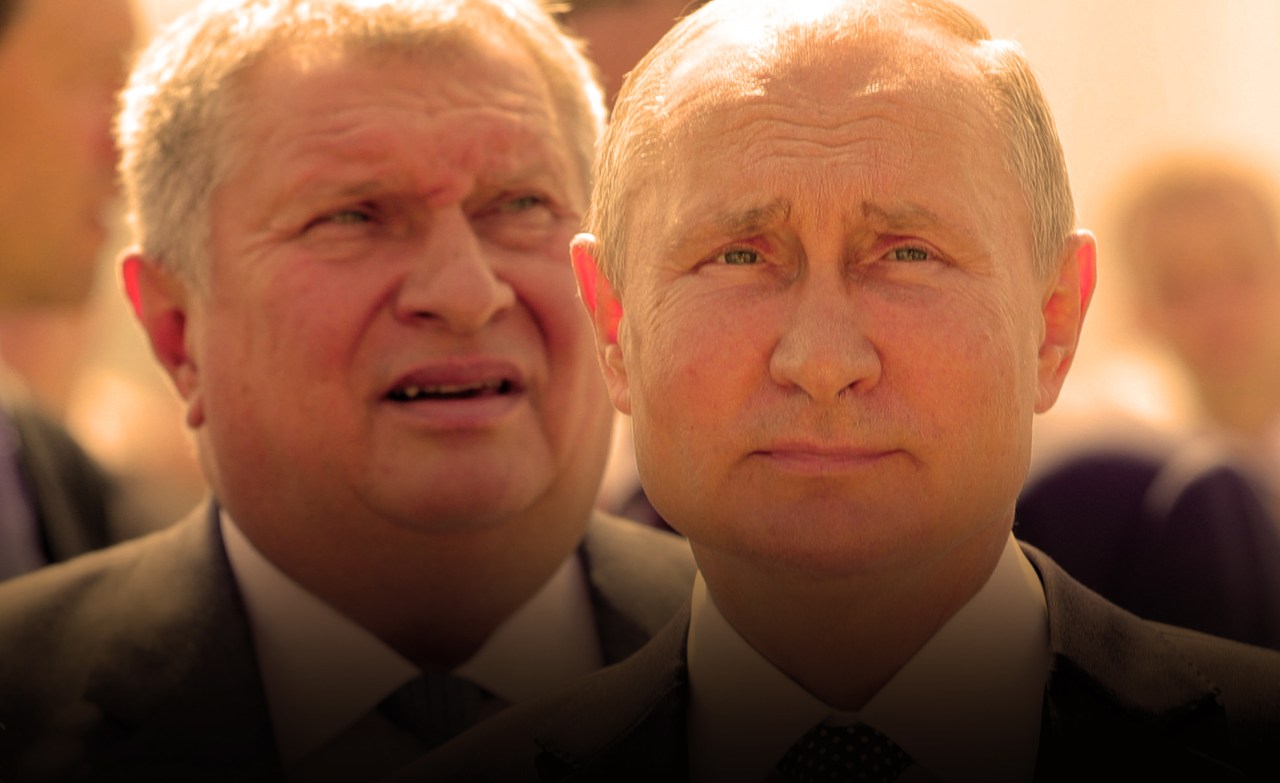 Sechin, one of the notorious Russian oligarchs, widely sanctioned by the West, He seemed to have come to South Africa mainly for a holiday in Cape Town and the Kruger National Park. But while in Cape Town, he also briefly flew into Lanseria Airport on August 15 and spent just over three hours in Gauteng, sparking much speculation.

Did he travel to Gauteng to meet senior government officials? Maybe discuss oil purchases? Ramaphosa’s spokesman, Vincent Magwenya, denied the two men had met or even that the president knew Sechin was in the country. The Department of International Relations forwarded all inquiries to the Presidency.

ANC MP Lawrence MacDonald claims that Sechin’s plane arrived at Lanseria International Airport on August 15 without passengers, simply to refuel, as the Airports Company of South Africa (Acsa) refused to refuel it in Cape Town due to Western sanctions against Russia.

Sechin arrived in South Africa just a day after US Secretary of State Anthony Blinken left the country following an official visit during which he met with Ramaphosa and International Relations and Cooperation Minister Naledi Pandora, who will co-chair the Strategic Dialogue between the two countries. In these discussions, the topic of Russia’s war against Ukraine was raised several times. At one point Pandora publicly reprimanded Blinken for the fact that legislation was being passed in the US Congress that would punish African individuals and companies for doing business with Russia.

The role of ANC MP McDonald in Sechin’s visit is also intriguing. He tweeted on the 16th In August – the day after Sechin’s plane flew from Cape Town to Lanseria and back – that “Never again will a Russian plane on the territory of South Africa be refused fuel at ACSA airports. I just stopped this senseless behavior. Svetlana Medvedeva and RA-73455 @RosneftEN I apologize on behalf of @ACSA and South Africa.”

@EmbassyofRussia @DirksMervyn Never again will a Russian plane be denied fuel on South African soil at ACSA airports, I simply put a stop to this senseless behavior. Svetlana Medvedeva and RA-73455 @RosneftEN I apologize on behalf of you @ACSA and South Africa.

RA-72455 is the registration number of the Boeing B737 business jet on which Sechin flew to South Africa.

Svetlana Medvedeva is the former First Lady of Russia, the wife of Dmitry Medvedev, who was the President of Russia from 2008 to 2012. He was considered by many to be a confidant of Putin, who could not run for the presidency again, as he had already served two terms.

McDonald’s mention of “RA-73455 @RosneftEN” clearly refers to Sechin’s plane. Daily Maverick spoke to McDonald to ask how he became involved in the saga. He said he was an avid aviation enthusiast and became aware of the problem after observing refueling problems for Medvedev’s plane, as well as Russia’s giant An-24 cargo plane, which had previously been denied refueling at O. R. Tambo International Airport.

MacDonald said he then spoke to Acsa and was told that the BP-Shell consortium was supplying all Acsa airports and had refused to refuel the Rosneft aircraft.because their UK companies had instructed them not to refuel Russian aircraft. And Iranian planes.

“It doesn’t make sense. We are a growing country. We need money. These Russian tourists come here and spend millions,” McDonald said. And he added that as a BRICS member, SA should not promote “colonial laws”.

Macdonald said he called Acsa CEO Mpumi Mpof and told her “we need to find another way to deal with this”, and she agreed that in future Acsa would refuel Russian aircraft with emergency fuel from its own reserves, “so we won.” I don’t have to rely on BP and Shell etc.

McDonald said he did not know Sechin was on board when the Rosneft plane arrived in South Africa.

Sechin flew to South Africa on August 12, landing at Cape Town International Airport around 10.30 a.m. on B737 Boeing Business Jet, RA-73455. There were four people on the plane with him, of which at least two were women.

Scorpio confirmed that his son is Ivan Sechin also on the western banned listwas not one of the passengers.

Some sources report that Sechin was accompanied by a large bodyguard, but this could not be confirmed at the time of publication of this story.

Anomaly: Sechin appears to have interrupted his stay in Cape Town with a short trip to Lanseria.

Sechin’s Boeing took off from Cape Town just before 6 a.m. on August 15 and landed in Lanseria at 7.20 a.m. Sechin and his entourage were seen getting into two BMWs waiting in Lanseria and driving towards Pretoria. Daily Maverick it was said.

It is noteworthy that the plane was not refueled at this stage.

At 10:45 a.m., a little more than three hours after the plane landed in Lanseria, Sechin and his entourage took off again for Cape Town.

Everything they did in Gauteng seems to have been short lived.

The next day the plane left for Kruger International.

Scorpio understands that Sechin’s plane used a third-party company in the UAE, Jetex, to negotiate fuel payments. Fuel bills also came from the UAE. In South Africa, the negotiations were conducted by ExecuJet. Questions about ExecuJet’s Luxembourg ownership are relevant here.

The Boeing that Sechin was flying appears to have belonged or belonged to Rosneft. All property details appear to have been there removed from online aviation databases.

However, aviation groups and McDonald’s tweet seem to support the view that RA-73455 is a Rosneft aircraft. Currently, it is operated by the Russian airline “UTair”. But RA-73455 is not registered on the UTair aircraft list, which increases the suspicion that Rosneft is trying to camouflage own property.

One of the sources said the European Union sanctions must have forced Rosneft to re-register the plane in Russia under the AOC UT Air, as it already operates B737s and likely has the experience to look after Boeing planes. The fact that the color scheme has remained the same seems to confirm this.

They said the Boeing’s registration number was previously OE-IRF, which was operated on behalf of Rosneft. The same aircraft was now RA-73455 with a color scheme identical to when it was registered in Austria.

In March of this year, Bloomberg reported that Putin steadily clipped the wings of all the once powerful oligarchs — except for Sechin.

“This can be said with confidence that he did not initially get the job [as head of Rosneft] because of his experience managing energy companies,” Bloomberg writes. Sechin, like Putin, is a former intelligence operativeand the president simply gave Rosneft to Sechin in 2004.

“Putin enlarged Rosneft by ousting former oligarch Mikhail Khodorkovsky and adding the assets of his Yukas Oil company to Rosneft.” Then he arrested Khodorkovsky.”

Rosneft is that the third largest Russian company and the second largest state-owned company (after Gazprom).

The board of directors is chaired by former German Chancellor Gerhard Schroeder, who was appointed to the board in 2017 after Rosneft was already under sanctions in response to Russia’s 2014 invasion of Crimea. DM