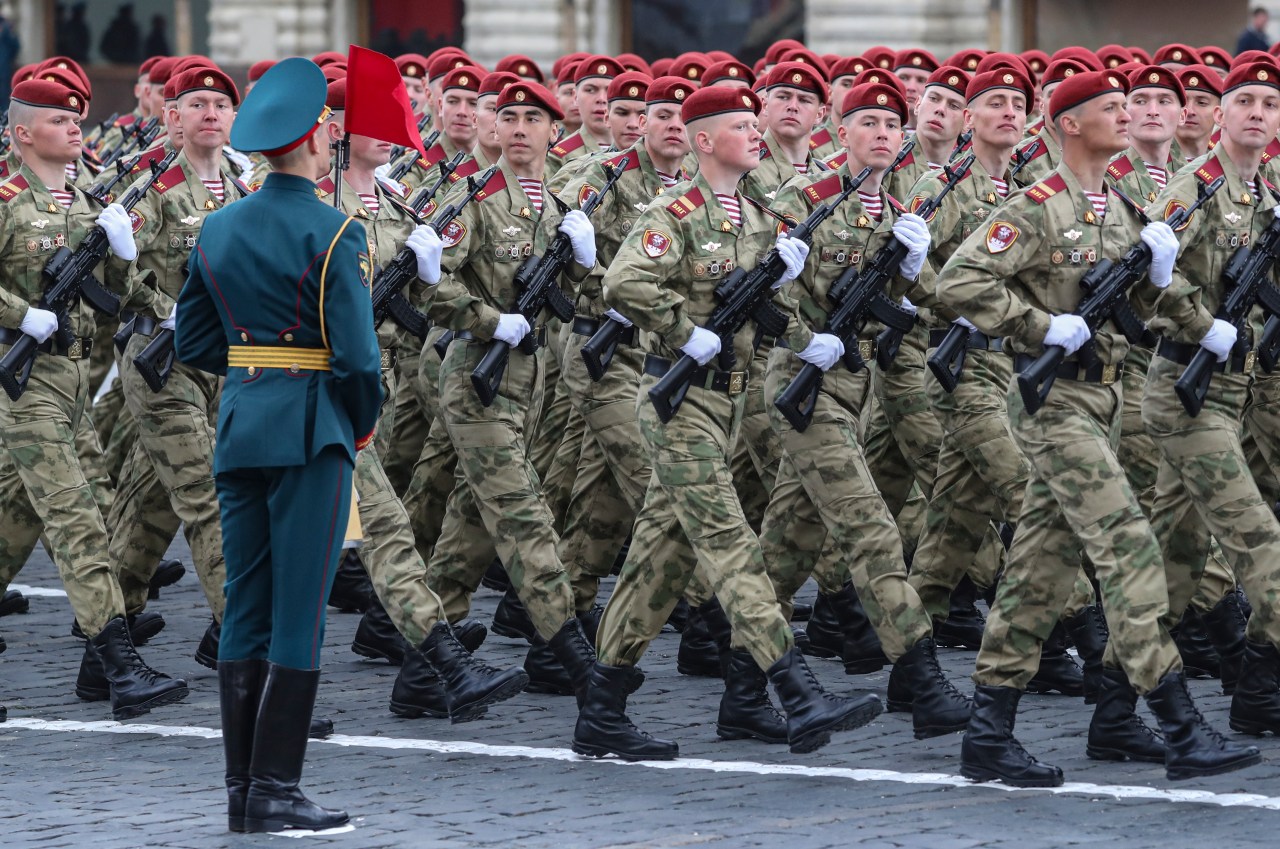 Facebook
Twitter
Pinterest
WhatsApp
The United States and the European Union condemned the Kremlin after a terrorist attack on a railway station in the Dnipropetrovsk region of Ukraine, which directly hit a passenger train. Russia declared that it struck a military target.

Pressure on European consumers and industry intensified as electricity prices in Germany and France hit new records, driven by Russian gas cuts. Meanwhile, international concern remains high over the Zaporozhye Nuclear Power Plant, the largest nuclear power facility in Europe, which has been hit by shelling in recent weeks.

(See RSAN on Bloomberg Terminal for the Russia sanctions panel.)

Russian troops shelled four districts of Dnipropetrovs’k during the night, local authorities reported in Telegram, while “Interfax-Ukraine” reports that several explosions rang out in the Kyiv region during the night. Russia fired at the center of Kryvyi Rih with Smerch rocket launchers, the head of the city’s military administration, Alexander Vilkul, said. Russia carried out more than 200 air sorties on Wednesday, which is the number of airstrike alerts throughout Ukraine, said Ukrainian Air Force spokesman Yuriy Ignat, who said in an online briefing that Russia had concentrated 400 warplanes and 360 helicopters near Ukraine’s borders. .

The Zaporozhye NPP was disconnected from the power grid of Ukraine (17:30)

Two operating power units of the Zaporizhzhya NPP were disconnected from the Ukrainian power grid due to fires that occurred nearby.

While the station is being operated by Ukrainian technicians, start-up work is underway to connect one of its power units to the network, “Energaatom” noted. There are no concerns about the operation of automation and security systems at the enterprise.

Russians traveling to the EU will have to pay more and endure extra red tape to get a short-term visa, under a compromise solution aimed at easing disagreements among member states over how far the restrictions should go.

The government of the Czech Republic, which currently holds the EU presidency, proposes to completely suspend the visa facilitation agreements with Russia and Belarus at a meeting of foreign ministers in Prague next week, Foreign Minister Jan Lipavsky said.

The French oil and gas giant denies that it supports Moscow’s invasion of Ukraine in any way. Le Monde published an article on Wednesday saying that the Russian company, which is 49% owned by TotalEnergies, is extracting gas condensate that could eventually be processed into kerosene for Moscow bombers.

While Russian men must serve one year in the armed forces, the Kremlin has avoided mass mobilization to bolster its forces in Ukraine and has not formally declared war, instead calling the conflict a “special military operation.”

However, the high number of casualties in the conflict has led to speculation that the government may try to call up more soldiers. Colin Cull, the US undersecretary of defense for policy, said this month that about 80,000 Russian troops have been killed or wounded in Ukraine in less than six months.

South Korea’s Vice Trade Minister Park Il-joon told reporters Thursday that Seoul had consulted closely with the United States about the deal, Yonhap news agency reported. Rosatom, a major global nuclear supplier, is one of the few major Russian state-owned companies still exempt from sanctions imposed by the US and its allies over Moscow’s invasion of Ukraine.

According to Capital Economics, Russia can stop all gas exports to the EU “for a little more than one year without negative consequences for the economy.”

Liam Peach, one of the economists of the consulting company, believes that as long as oil prices and the level of exports remain at the current high level, Russia’s current account surplus will be enough to support it even if access to the main gas market is cut off. Rising gas prices in Europe mean Russia could earn up to $20 billion a quarter from gas exports despite the cut in volumes, he added.

How Europe Became So Dependent on Putin for Gas Supplies: QuickTake

“Whether Russia completely shuts down the taps will be a political decision, and the duration of any shutdown will depend on the amount of compensation for oil revenues,” Pich wrote. European leaders have accused Russia of using its vast energy resources as a weapon, a charge the Kremlin denies. But lingering problems with a key pipeline have cut supplies and sent prices soaring.

Citigroup Inc. will wind down its consumer and commercial banking operations in Russia after President Vladimir Putin’s invasion of Ukraine made it difficult to sell the business.

The company will incur $170 million in costs related to the shutdown, mostly related to restructuring costs and vendor severance payments, according to a statement Thursday. Citigroup will continue its efforts to sell certain consumer banking portfolios in the region.

Read more: Citigroup to shut down consumer unit in Russia after sell-off

Russia claims that the missile attack on the train was military (12:10)

Russia’s Ministry of Defense said the train it hit in Chaplin — “Chaplyno” in Russian — was a military target. As a result of an “Iskander” missile attack on a military train at the Chaplyna station, more than 200 people of the Ukrainian reserve and 10 units of military equipment were destroyed, “Interfax” reports with reference to the ministry. There was no mention of civilians.

Russia has previously classified strikes that killed civilians as attacks on military targets. Among them was a strike in central Ukraine’s Vinnytsia in July that left more than 20 people dead, including children.

Frontex details Ukraine’s accession to the EU from February (12.00)

In a tweet, the European Border and Coast Guard Agency, known as Frontex, said that since February there have been a total of 9.5 million people entering the EU from Ukraine and Moldova.

There were a total of 9.5 million entries from Ukraine and Moldova since February

Britain’s Ministry of Defense has expressed concern over the Russian-occupied Zaporozhye nuclear power station in its latest defense intelligence briefingwarning of operational risks from “disruption of reactor cooling systems, damage to their backup power supply, or errors by workers under pressure.”

The plant, captured by Russian troops in early March, was the subject of talks in Istanbul on Wednesday between Rosatom CEO Aleksey Likhachev and International Atomic Energy Agency Secretary General Rafael Mariano Grossi. The IAEA is preparing a visit to the plant.

Read this exclusive story about how nuclear inspectors will be given more powers than originally planned to investigate the attacks on the station.

Estonian Prime Minister Kaya Kalas drew attention to the issue of Russian tourists traveling to the European Union, stressing on Twitter “the gravity and seriousness of the situation.”

Just to illustrate the gravity and seriousness of the situation with the flow of Russian tourists to the EU.

Another Baltic leader, Lithuanian President Gitanas Nowseda, said on Wednesday that he supports a proposal to ban visas for Russian tourists, saying that the war in Ukraine is supported by the Russian people as a whole. German Chancellor Olaf Scholz is among those who refused such a ban. If the EU cannot come up with a unified response to the ban, a regional solution could be worked out that would include the Baltic states and other countries geographically closer to Russia, Nauseda said.

Japanese trading houses will remain in a key Russian LNG export project, underscoring that the Asian country prioritizes its energy security despite rising tensions over the war in Ukraine.

Both Mitsubishi Corp. and Mitsui & Co. said on Thursday that they had decided to stay in the Sakhalin-2 liquefied natural gas project after Moscow tightened its control over the facility under a new Russian operator. The companies will officially apply to the Russian government with a request to acquire a stake in the operator, Chief Secretary of the Cabinet of Ministers Hirakazu Matsuno said separately during the briefing.

The number of dead after the terrorist attack in Chaplin has increased to 25 people, including two children, Deputy Head of the Presidential Administration Kirill Tymoshenko reported on Telegram. Thirty-one people were injured.

At night, US Secretary of State Anthony Blinken said that the Russian missile attack on the Ukrainian train station “fits the pattern of atrocities.” Charles Michel, president of the European Council, expressed his horror at the attack and tweeted that “war crimes will not go unpunished.”

Russia’s missile strike on a train station filled with civilians in Ukraine fits the pattern of atrocities. Together with partners from around the world, we will continue to support Ukraine and seek to hold Russian officials accountable.

The Kremlin is likely to postpone the vote on the annexation of the Ukrainian territories occupied by it to Russia in order to wait for greater progress on the battlefield, writes the newspaper “Vedomosti” with reference to unnamed sources.

Moscow expected to hold “referendums” already on September 11, when the next regional elections are scheduled in Russia. They would cover Donetsk, Luhansk, Kherson and Zaporozhye regions. But since his troops do not control all of this territory, especially Donetsk, which Putin has publicly announced as the target of his invasion, the Kremlin decided to wait, Vedomosti writes.

Although the election is considered illegitimate and will not be recognized internationally, the Kremlin sees it as a way to symbolically consolidate its control and signal that it will not cede territory in any peace talks. Ukraine and its allies have said that this is unacceptable.