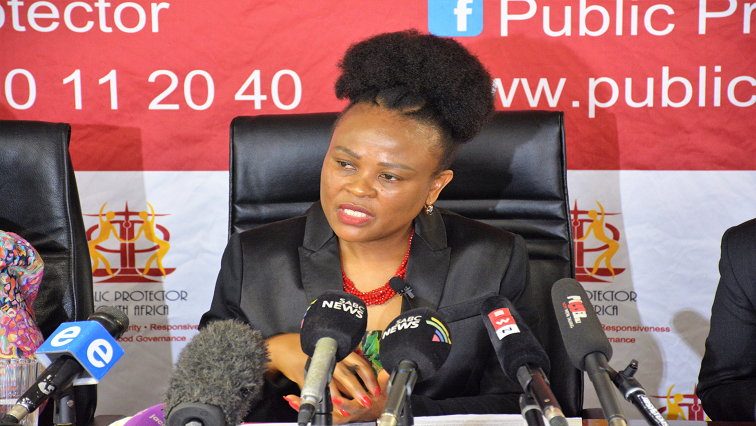 Members of Parliament’s inquiry into Busisiwe Mkhwebane’s suitability to serve as public protector have raised more questions about the close relationship between her and the State Security Agency.

Members are asking former provincial head of investigations and integration, Reginald Ndu, questions about the relationship.

He admitted that this practice was strange and was not the case with other public defenders. He was also asked about the so-called Audi letters, which were allegedly used to intimidate employees.

A close working relationship between the public defender’s office and the NSA has been around these hearings since they resumed. And members continued to ask questions as various current and former officials, including Reginald Ndu, testified.

Mimi Gandwe of the Democratic Alliance asked about the relationship between the Public Protector and the State Security Agency.

“Did you get the distinct impression that the Public Protector’s office under Busisiwe Mkhwebane has a close relationship or connection with the SSA? I feel that there was open communication between the SSA and us. I was involved in a project to build a case management system, but it was not completed. But I knew that at some point the SSA was waiting to put together a system for us. The second is related to the appointment of Neshuntsy. The fact that someone from the SSA was present shows open communication with the SSA.”

Gidzimani Skosana of the African National Congress (ANC) asks: “Was there anything unusual about having an SSA representative in the group? It was unusual for me, but given the role I understood someone from SSA to sit in on such a meeting.”

Several officials also talked about the so-called audio letters. These are letters sent to employees as the first step in disciplinary action. Ndu was asked if other public defenders had issued these letters.

The DA’s Kevin Mileham asked this. “I was not aware of any letters from Audi during my previous public defender work. It wasn’t a matter of increase, it was almost something new. What has this done for staff morale and the culture in the office? Speaking of the two incidents the IO was involved in, one was a PR for the EC and she did not take kindly. The other was about the MP’s PR, and so he wasn’t very happy about it, given the circumstances of what happened.”