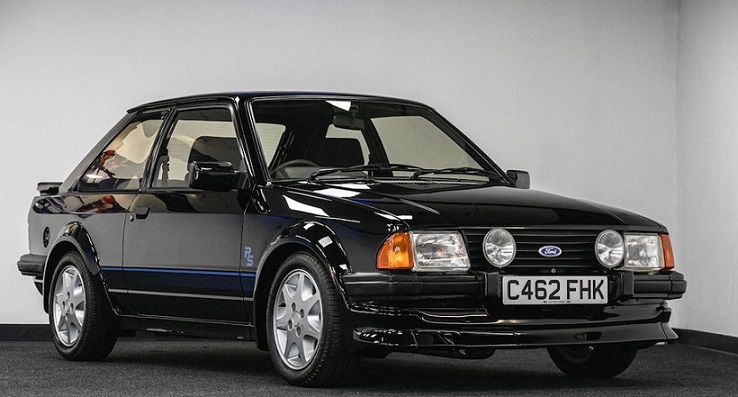 A unique black Ford Escort driven by the late Princess Diana in the 1980s is to be auctioned this weekend at Britain’s Silverstone race track.

The RS Turbo Series 1 was normally produced in white, but the Royal Family’s police bodyguard requested that Diana be painted black “for consideration”, the auctioneers said.

For the princess to drive the car, which has around 25,000 miles (40,000 km) on the clock, it was “a very bold choice,” Arvel Richards, a classic car specialist at Silverstone Auctions, told Reuters.

“All the rest of the royal family will be driving around London in the back of a … official car … and she’s driving in a car … that you see on an estate, not outside the palace.”

Next week marks 25 years since Diana died aged 36 when the limousine she was a passenger in crashed in a Paris tunnel as it drove away from paparazzi chasing her on motorbikes.

Other lots in the auction, which runs alongside the Classic – a three-day motor racing festival at the Northamptonshire circuit – include a Rolls-Royce convertible once owned by Bee Gee’s Maurice Gibb.

A 1988 Volkswagen T25 Caravelle GL 112 minibus used to transport the late British physicist Stephen Hawking is being offered with no reserve price. ($1 = £0.8459)