Zanewslive.com
Home Business PRASA is missing its own deadline to repair crumbling stations The deadline set by the Passenger Rail Agency of South Africa (PRASA) for trains to be fully operational in Pretoria has come and gone.

It’s been a year since GroundUp visited four stations in Mamelodi Gardens, Pienaarsport, Greenview and Denebum. All of them, including Greenview, which wasn’t even finished, were badly damaged, dirty and overgrown with grass. PRASA, in response to our questions, said the stations would be operational until March 2022. However, works on the restoration of railway tracks began only in May of this year.

On a recent visit to Mamelodi Gardens station, we saw workers installing overhead cables. Many of the cables were stripped and damaged during the lockdown. When we visited in 2021, the station looked abandoned and neglected. But since then, the walls have been painted and the public toilets have been repaired and cleaned.

Nkele Montsho, an informal trader near the station for 14 years, said it had been years since the toilets could be used. “The toilets were repaired around July. Now I feel comfortable using them. Even on the other side of the platform, passengers can use these toilets,” said Montchaud.

“We really need to get the trains running again. We are desperate because there is not enough work. Trains are a real boost for business. I can’t afford to buy food for my four children,” Montsho said.

Another trader, Jennifer Mashila, said: “It is difficult because there is no business. I have been selling here for eight years. I support four grandchildren with the money I earn,” she said.

The contractor, who wished to remain anonymous, said the installation of the GroundUp cable has been completed at Koedoespoort, Bossman and Pienaarspoort stations and is almost complete at Mamelodi Gardens. “It’s just retouching. The train should arrive by the end of October,” he said. 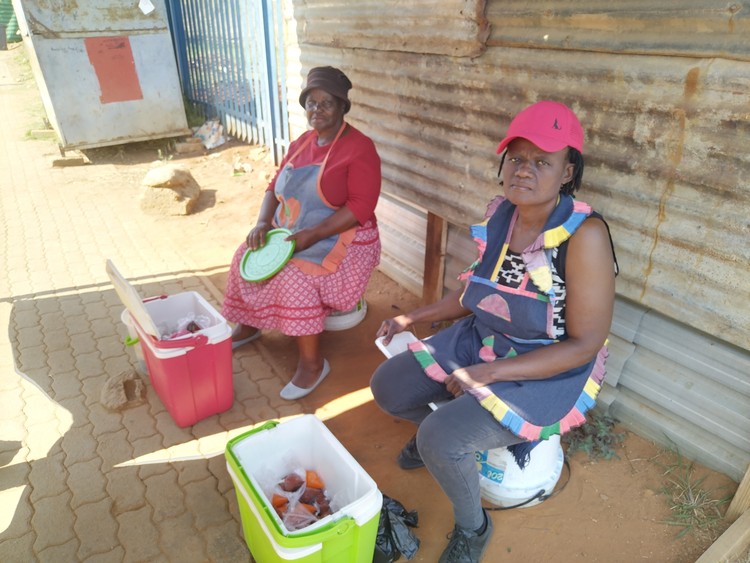 Informal traders Sophie Machata and Jennifer Mashila have been selling outside the Mamelodi Gardens train station for more than eight years. They said traders had lined up to sell various goods here but had given up because of the unreliable train.

At Pienaarspoort station, another group of contractors had just finished installing overhead cables when we arrived. But very little other work was done. Garbage and cardboard boxes were scattered in the buildings near the cash registers. The public toilets were closed, but it stank.

Between Greenview Station, which was not completed, and Pienaarspoort Station, about a 30-minute walk away, we saw four Fidelity security guards. The patrolman said the guards were there to secure the new infrastructure being installed.

PRASA’s Noluvuyo Halana said last year that the rail agency’s 102 million rand project at Greenview Station was started in 2011 but stopped in October 2018. She said the appointed contractor said they could not complete the project because of the unrest in the community. 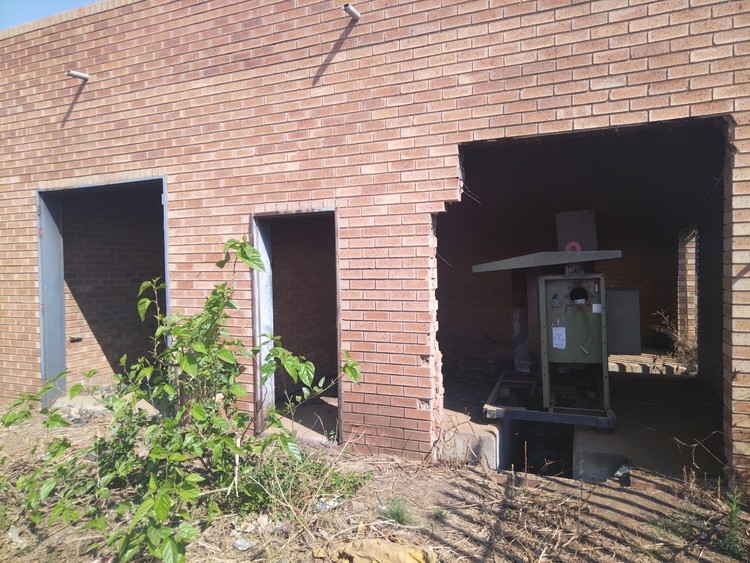 One of the badly damaged buildings at the unfinished Greenview Station.

Patrick Nyalunga, a resident of Phomalong informal settlement, has lived near the station since 2007. Nyalunga works in Mountain View and used to use the train to go to work and back home.

He said passengers were supposed to get off at the Gardens, which is about a 30-minute walk away. “It is dangerous to walk in winter. Some days we asked the driver to go slow and we took a chance and jumped off when the train passed Greenview,” Nyalunga said. He said residents have been asking PRASA to start the station for years.

“There are no changes. The infrastructure is still the same,” said Patrolman Gaini Modishine.

At Denneboom station, a notice was posted at the entrance to inform passengers of service disruptions. Although it was in better condition than other stations last year, there was still garbage and the smell of urine near the entrance. 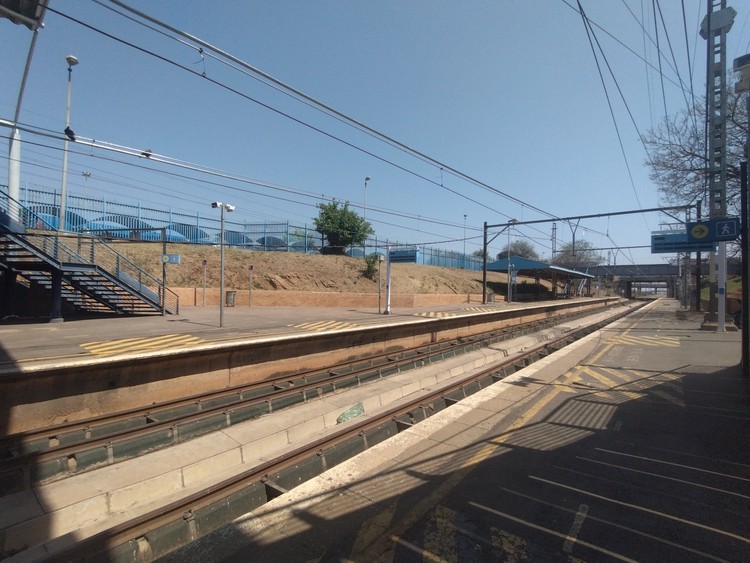 Denebum train station remains closed to the public, but appears to be in better condition than when we visited a year ago.

Thabo Lediga from Mamelodi East has a stall outside the Tshwane Regional Mall, next to Denneboom station. He last traveled by train to Bossman in February 2021.

“When the train is available, I can go to Johannesburg to stock up on materials and other goods that I also sell like blankets and umbrellas. I hope the Johannesburg line will be restored soon. For now, we have to arrange transportation with other traders to buy our shares,” he said.

PRASA spokesman Andiswa Makanda said the Pretoria – Pienaarsport line would not be operating this week. “The testing was ordered in preparation for the resumption of service.”

When asked about the Greenview station, Makanda said the project would have to be restarted as a result of widespread vandalism. A new tender was put out in September and the project is expected to take 18 months to complete once a contractor is selected, Makanda said.

In a statement on September 26, Metrorail announced that train services on two lines in northern Gauteng, the Mabopane to Pretoria line and the Saulsville to Pretoria line, were also suspended until further notice.