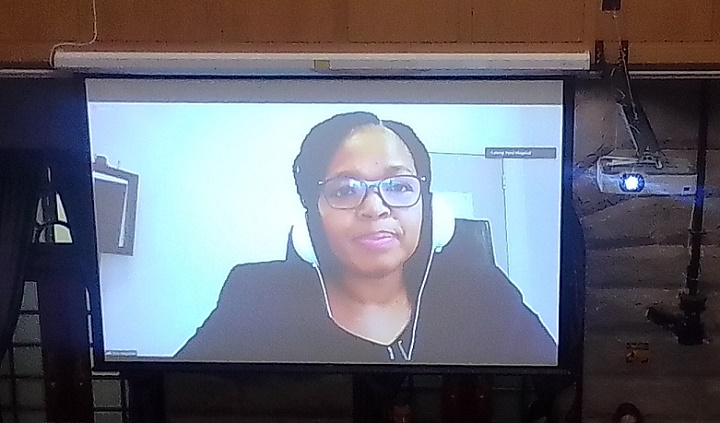 The executive manager of investigations at the Public Protector’s office, Pona Magaladi, says it was unreasonable for the office to expect senior investigator Abongile Madiba to work under enormous pressure despite his medical condition.

Madiba, who suffered a stroke, was among those disciplined and dismissed for misconduct for failing to meet deadlines for some investigations.

She is one of those who was also fired but reinstated after successfully challenging her dismissal in court. Magaladi returned for cross-examination on the second day. Mpofu and Magaladi debated whether Madiba was wise to meet his investigative deadlines.

“You are saying that Mr. Madiba should have been relieved of this responsibility because of his health. Right?” Mpofu Magaladi asked.

At that time, Madiba was subordinate to Magaladi.

MUGHALADS: “I’m talking about situations, decisions, they were not within my authority. I’m talking about support [for] Mr Madiba. When I took over from the time I was in the branch until he was removed, I reduced Mr. Madiba’s workload. I even interacted with the CEO and HR in terms of how we support Mr. Madiba. And we continued to support him and my point of view was elevated until the period when I joined the department. And also around the decision on his suspension and the way of considering his disciplinary case. I was the chief of the unit, but I was not involved in the disciplinary process.”

The question of why Madiba was not taken on medical grounds came to the fore during cross-examination. Mpofu wanted to know if Madiba, who had suffered a stroke, was staying in a medical hostel was an option.

MPOFU: As someone who is obviously more compassionate than anyone else, did you say that in this difficult situation Mr. Madiba cannot be expected to perform under such enormous pressure, perhaps he needs to undergo medical treatment or something , so that no one would ask him about deadlines and the like? Have you ever done that as his boss?’

THE MUGHALADS: “I did, but the decision to put him in a medical facility is a decision he has to make, but I did. I was involved, as I said, we had discussions with HR. So I did?

MPOFU: ” Okay, so while he was still working, wasn’t it unreasonable to expect him to do the work he was being paid to do?

MUGHALADS: ” Look, the provisions of the law state very clearly that there had to be a reasonable accommodation, so it was not reasonable for Madiba to wait for the deadlines as if Mr. Madiba was not ill. The moment he got sick, expectations had to change.”

MPOFU: “And the fact that when he was given a six-week term, which then went to almost five and six months, you don’t think he was accommodated?”

MUGHALADS: The reasonable accommodation was relative to either the employee’s illness or disability. So if you extend the time frame to six months, but still expect him to apply like any other person, you are not taking steps to support him. It’s not smart enough for me. Let’s say, for example, if you give Mr. Madiba five or six months and he can only use one hand, but you expect him to produce a report where he has to lift the files and he can’t do that. He can not page. If he has to keep a page, that means he has to stop typing on the computer. So it has to be smart, taking into account, and there has to be a very clear plan to support it.”

MPOFU: So, in your opinion, he should not have been working under such pressure in the first place. correct? »

As Mpofu continued to cross-examine Magaladi, a question-and-answer session on Madiba sparked further discussion about the Department of Public Health’s expectations of the employee’s health.

MPOFU continues: “And as you rightly pointed out, he chose precisely in such an environment at that time. And when I say I chose, I know I’m not undermining the economic factors that may have influenced that decision. But he was put in a position where he was responsible for some investigations of public importance. correct? »

MOGHALADI disagreed: “He didn’t choose, he had no choice”

MPOFU says: “Yes. And then the employer also had no choice but to expect him to deliver when he was in that position. Is that right?”

MOGALADI answers: ” No employer…..I do not agree with what the employer was expected to do….the employer had a duty under the Employment Relations Act to reasonably accommodate Mr. Madiba based on his health condition”.

MPOFU continues: “What to do, not expect any results from him?”

Mpofu concluded before the session was adjourned.