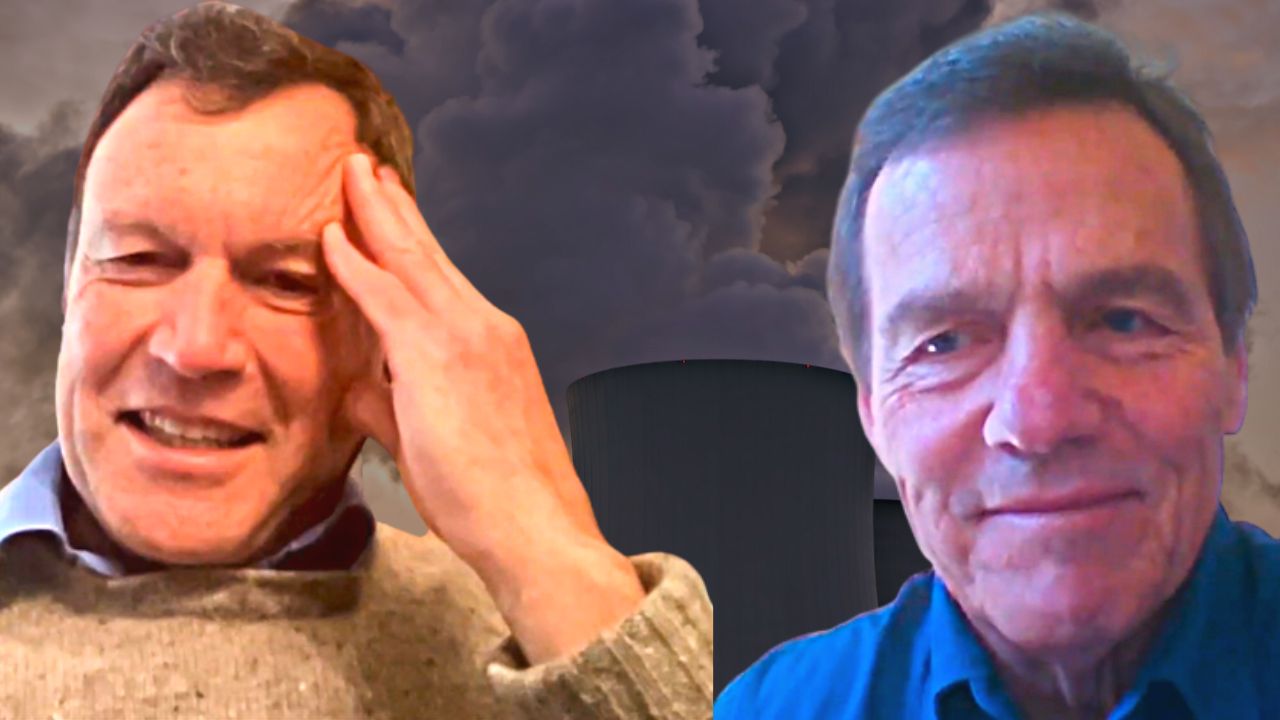 With the supply and cost of electricity in South Africa changing dramatically over the past few years, many are wondering whether it is time to dust off the blueprints for Eskom’s groundbreaking Pebble Bed Modular Reactor nuclear power program. Abandoned in 2010 due to affordability, the PBMR project attracted a staggering R30 billion in government investment, involved hundreds of scientists and even produced a working prototype at Northwestern University. Teuns Eloff, who was NWU Provost at the time; and Andrew Donaldson, then director-general of the National Treasury, discuss why the project was rejected – and whether the new energy equation warrants a reconsideration of the PBMR idea. They were talking to Alec Hogg BizNews.

There’s nothing definitive about budgeting, but yeah, that’s been my job trying to figure it out and explain it. Big budget reforms took place in 1997 and 1998. And 1997 was the first medium-term budget report, followed by the three-year budget system and much more publication of budgets and appropriations since then, yes. But that was quite a long time ago.

Look, let me say that I’m not a nuclear physicist. I’m not a financial guru either. I always say that I am a generalist. I became interested in this story when I heard from a South African who now lives in America that one of the nuclear companies there has 22 South African nuclear scientists helping the Americans with their nuclear energy problems. And I started talking to people. I spoke to some of the scientists who worked at Potch and some others. Essentially, the Pebble Bed Modular Reactor (PBMR) was an Eskom creation, and at the time, Kelvin Kim told me, Eskom employed 2,000 people.

As such, it was one of the largest nuclear power research and design units in the world. And the idea of ​​PBMR was to become smaller and safer than the Chernobyls of the world, mainly by using small pebbles that were coated with graphite balls for synthesis. And out of that came energy, and obviously one problem was how to convert it into electricity, and some of those experiments were done in Potchie, and we actually built a three-room-sized prototype, and it worked. So this idea of ​​a smaller prototype or a smaller reactor continued even after 2010 when that project was stopped.

Perhaps just one correction: I also spoke to a senior minister at the time who was not Barbara Hogan and he dispelled the notion that this was a politically motivated decision. The only possibility is that it was a kind of pet project of the Mbeki administration that the Zuma administration did not want. This is the closest thing to it. But it had nothing to do with the Russians, with Rosatom giving us the big nuclear reactors that Zuma wanted to sign. It was before, and it was mostly a financial decision.

I would say that the decision was political. It was not a political intervention. It was a rational political decision in 2010. And the truth is that, from the point of view of the treasury, I did not know that such political decisions to close projects, on which you have already spent a lot of money, the figure of 30 billion rubles. But I can tell you that in 2007, 2.5 billion rubles were allocated to the PBMR enterprise.

So we spent that amount a year at a stage that doesn’t sound like a big commitment in today’s money. But it is not trivial for one project. And at that time, in 2010, 2008, it was half of what the mineral and energy budgets were. This was well over half the budget of the Department of Public Enterprises, which Barbara Hogan was responsible for in the Zuma administration. So this was the biggest Carter Cause Moonshot investment that the government put money into. And we made a decision to close it, or a political decision was made to close it, as, in my opinion, based on the results of the evaluation of the commercial feasibility of the project. These are really hard decisions.

About the problems faced by the PBMR company when it was looking for international partners and investors around 2007-2010.

Andrew Donaldson: Therefore, an attempt was made to find business partners in the context of North America. But, I mean, the reality is that it didn’t work. And I think that, ultimately, these kinds of piloting and experimentation will continue. But these projects take a long time to become commercially viable. And I think the perception was that South Africa, acting on its own, in its own company, would not succeed in this [so] “better to close the investment”.

Let me also give context: we’re talking about a decision here in 2010 right after the recession, the Treasury is under enormous stress – so we’re looking at things that can be shut down and we’re looking at things that maybe aren’t on the spending priorities in that time And just at that time, Eskom suddenly had a huge balance sheet problem. The first transfer of 60 billion rand from the fiscus to Eskom happened at this time, so it was about priorities.

Would we make the same decision today? I think we probably would. I don’t think we’re in a place right now to be experimenters in a project that can only really succeed as a global project. This should be done in partnership with the big international players who have the money. And that’s basically what I guess these 22 South African nuclear scientists and others are still busy with.

Theuns Elaf: That was exactly what came out: that some of the Potch people said that right after the 2008 crash, the banks didn’t want to go into it, neither did the international banks. So I think Andrei was right. It was a bad time. It came at an unfortunate time. As far as government money goes, let’s move on to today. The little research I’ve done – and I’ll admit it’s sort of desk research and talking to a few people – shows that there are some variables here. The Americans went ahead with the help of the South Africans, and they are now already selling, not building, a particular modular reactor, which is obviously very expensive in dollars.

I do not think that today, as in 2010, we are not in a position to invest public money in this. The question is: would some of the African countries (I know there have been discussions with them) who are also struggling with power outages be able to get either a grant. from international agencies or a loan from banks or a loan and perhaps a link to a share of the loan? And I feel that it is possible.

If you look at the two issues, one is the price of electricity both in South Africa and in the rest of Africa and abroad, and the whole issue of coal and getting off fossil fuels. My feeling from the outside is that it’s worth another look. Another issue is whether we have the ability to have a private nuclear company in South Africa that could sell at least into Africa but also overseas.

I don’t think he would mind me using the name, but Kelvin Kim said again that people are talking about Rolls-Royce. You know, Rolls-Royce, he said, is ten years behind South African technology and the know-how that we still have, even though some of our guys are working overseas. Therefore, I do not believe that the state should invest money in it. I think the government should continue to open up the market and let the private sector do the rest.