Zanewslive.com
Home South Africa OPINION: The AU should adopt a binding resolution declaring May 25 a... 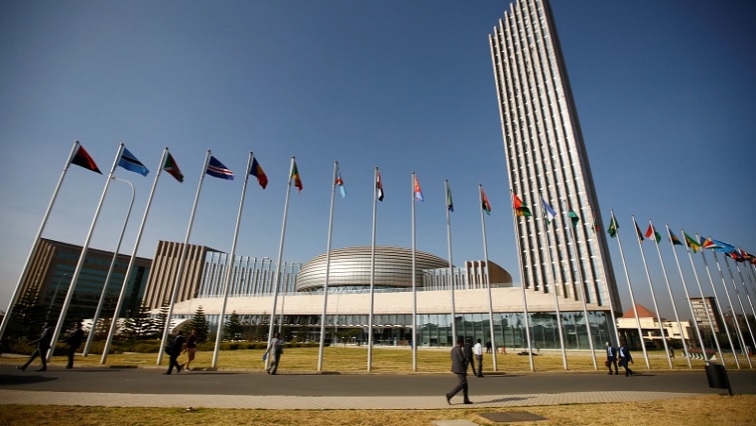 Africa Day commemorates the founding of the Organization of African Unity (UAE) on May 25, 1963. Only in dozens of countries, unfortunately, Africa Day is a legitimate public holiday. It is expected that this day will give an opportunity to recognize the achievements of the peoples and governments of the continent.

The fact that only twelve of the 55 member states of the UAE, the successors to the UAE, the African Union (AU) recognize Africa Day, causes me to attack.

How dishonest, short-sighted, ill-considered and self-deceiving can the OS be when verbally describing the course they claim to be the champion?

How can AUs look at themselves in the mirror and be proud that they preserve the legacy of Africa’s founding fathers?

For the uninitiated, the twelve countries that recognize Africa Day as a national holiday: Ghana, Mali, Namibia, Zambia, Zimbabwe, Angola, Chad, the Comoros, Equatorial Guinea, Lesotho, Liberia and Mauritania. This is a rude fact!

The AU agenda for 2063 – “Africa we want” – is a continental plan aimed at achieving inclusive and sustainable socio-economic development over a 50-year period.

My question is: how does the AU expect to achieve its goals if the continent under the current AU leadership remains fragmented and fragmented?

There is hardly any evidence of the unity of the Mother Africa goal. Francophone parts of Africa seem to remain loyal to the former colonial ruler of France. In the English-speaking parts of the continent, mostly in sub-Saharan Africa, there is no doctrine of common purpose. Mozambique is more likely to call for military aid and necessary intelligence from Rwanda than the neighboring CO. We live in lies on this continent, and our attitude and abyss of behavior towards the extremely crucial day in our calendar, May 25, the day of unity, are proof of our delusion of greatness.

No wonder even at the UN General Assembly or the UN Security Council we hardly vote as one bloc. Our disunity is manifested in the sparse atmosphere of New York. The Global North always sends its riches in the dark to individual AU member states in exchange for their support in questionable Western foreign policy positions.

Ukraine is an example. Another is the US invasion of Iraq in 2003. Like the immoral, illegal occupation of Palestine by Israel with apartheid. The nauseating list is endless.

In fact, some AU decisions are so stunning that it’s hard not to think of Africa as one big joke of a billion people. Take, for example, the diabolical decision to grant the State of Israel observer status at the AU headquarters in the Ethiopian capital Addis Ababa. Obviously, the decision was not made by consensus, judging by the objections of various countries, including South Africa. To say that extending such a privilege to Israel leaves much to be desired is to say nothing.

Thabo Mbeki, one of the protagonists of the UAE’s transformation into a modern AU, sought through his highly respected African Renaissance program to advocate for self-determination, unity, identity and the overall development of Africa.

The African Renaissance, a concept that means the African people must overcome the current challenges facing the continent and achieve “cultural, scientific and economic renewal”, was first formulated by Sheikh Anta Diop in a series of essays between 1946 and 1960. great merit of popularizing this concept in Africa in recent days.

Since Mbeki’s departure from public office and reduced involvement in continental politics since his presidency, the African Renaissance agenda has literally receded into the background.

It should be noted that not all African leaders have embraced its spirit, especially the mechanism of African peer review.

It was to be a platform where dictators could be summoned, thieves removed from office, coup leaders isolated, and enemies of democratization avoided, among other things.

By all accounts, a noble initiative. It sought to improve the lives of ordinary Africans by bringing to justice their leaders, particularly those on the road. It is a pity that I never saw the world. In the social sciences, this is often referred to as “disordered shortcomings of progress”.

On May 8, 1996, the former president of the Mbeki Security Council formulated some wise advice during his well-known speech “I am African”. He said: “The evolution of humanity speaks to the fact that Africa confirms that it is continuing its rise from the ashes. Whatever the setbacks of the moment, nothing can stop us now! Whatever the difficulties, there will be peace in Africa! ” Powerful words from the hidden poet in Mbeki. Truly wise words. Undermined only by African leaders, who still seem to represent only their jackets more than the people who vote for them in power, wherever free and fair elections take place.

I sincerely believe that at the head of the AU it is urgent to put on the agenda that Africa Day should be a public holiday from Cape to Cairo, from Morocco to Madagascar.

AU member states must adopt a resolution that is binding on all African governments across the continent to stay home and celebrate May 25 through a series of events honoring the vision of our ancestors. Such a development would also encourage Africans in the diaspora to celebrate the holiday in the same way. It should start with the willingness of African leaders to go for a talk. It is not enough to make statements on Africa Day and run to work. We need to emulate the courageous twelve countries that celebrate May 25 as a public holiday.

How can the international community take Africa seriously if Africa does not take itself seriously? The common agenda, starting with the declaration of Africa Day as a national holiday, will lead to other progressive events, such as a single currency for the whole continent, similar to the euro for Europeans.

Once Africa adopts a common position based on common interests and unity of purpose, I believe that free economic zones will emerge that will promote strong continental trade aimed at enriching citizens.

Africa is a rich continent with natural minerals that are not found on other continents. As Mbeki noted, it is time to use our wealth and unity. Unity is strength. The only ones we stand apart are we fall.