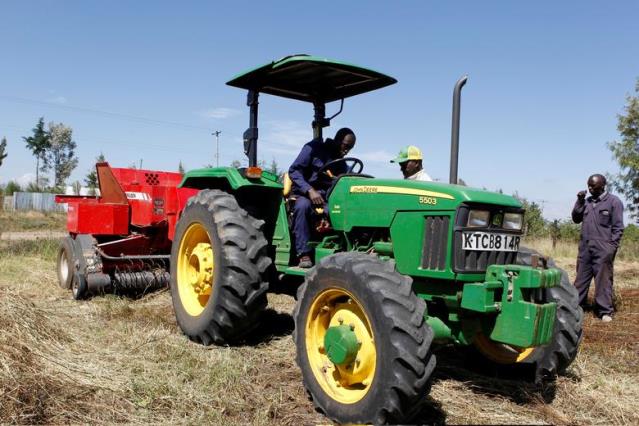 Minister of Agriculture, Land Reform and Rural Development Toka Didiza described the annual NAMPO agricultural exhibition in Botaville in the Free State as an event of national and international importance.

For the first time in two years, more than eight hundred exhibitors can once again take part in the country’s largest agricultural event. The state of the country’s transport infrastructure is attracting a lot of attention and criticism from NAMPO this year.

Didiz, who attended the event on Monday, admits the government shares with the disappointment of the agricultural industry.

Didiza says: “Last year we met with AGRISA and the Minister of State Enterprise Pravin Gordon and discussed what can be done with ports. The meeting was followed by a meeting with our producers, in particular, on exports in the grain and fruit industries. This was in order to see how we can improve and facilitate the movement of goods during the peak season. I hope that the government is looking to attract public participation in our ports. “

Didiza touched on the problem of roads in rural areas, adding that “We, as a ministry, are working with the public sector to see how we can work with the agricultural sector and see what can be done to solve the problem of rural roads, on the farm and on “Behind the farm.”

The Minister’s visit to NAMPO took place after the approval of the National Master Plan for Agriculture.

The event is attended by participants such as the Minister of the Democratic Republic of the Congo and participants from Argentina. They have similar events, and they learned from NAMPO.