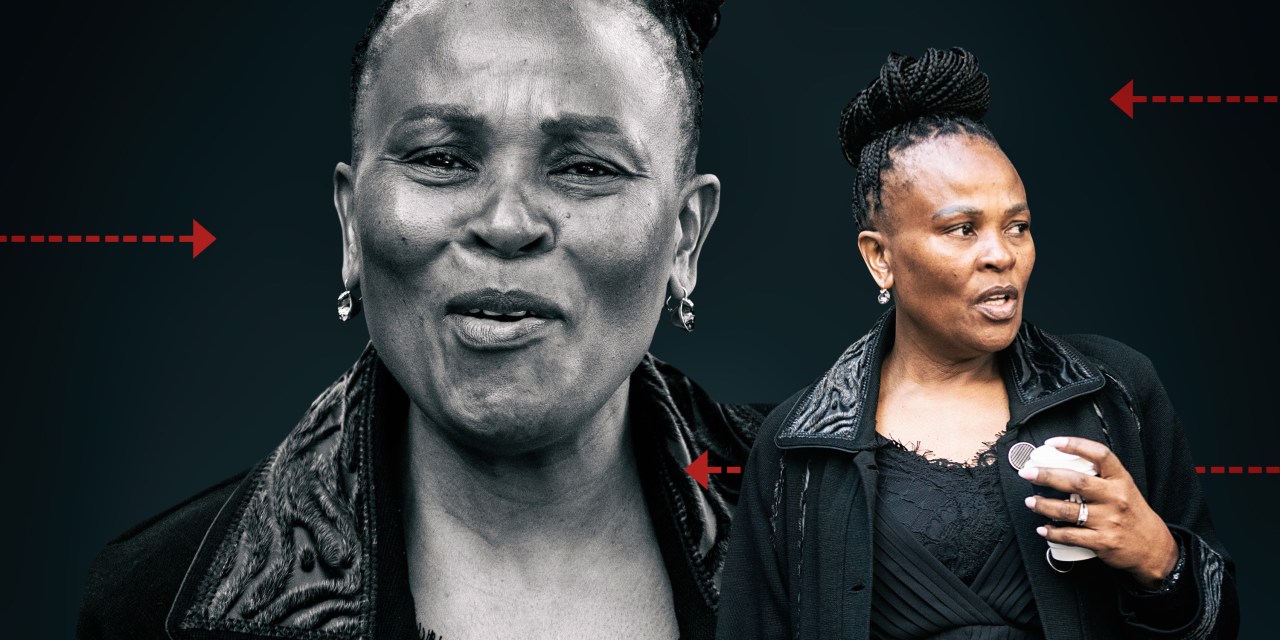 The Constitutional Court on Wednesday dismissed suspended public protector Busisiwe Mkhwebane, who was clutching at straws to stop a parliamentary impeachment inquiry that revealed unreasonable working hours, demands and disciplinary cases around the time the court handed down its verdict.

The court did not mince words and awarded Mkhwebana a personal costs order.

According to Wednesday’s unanimous decision: “[The Constitutional Court] concluded that the application should be dismissed as no case was made out for annulment. The applicant must pay the costs in her personal capacity as this application is an abuse of process.’

It was an unprecedented application for South Africa’s highest court to overturn a preliminary rejection of an earlier application to quash the decision on February 4, effectively clearing the way for the current parliamentary impeachment inquiry under Section 194. The Constitutional Court then upheld the parliamentary procedures and rules, but allowed full legal representation, rather than the originally provided legal advice, for those facing potential removal from office.

And that’s as good as it gets for Mkhwebane after two years of legal proceedings costing millions of rand to prevent a parliamentary inquiry into her removal from office for misconduct and/or incompetence, and to appeal the dismissal of a slew of reports.

National Assembly Speaker Nosiviwe Mapisa-Nkakula welcomed the Constitutional Court’s ruling, saying: “We agree with the court’s decision to order the Public Protector to pay costs in her personal capacity as the application constitutes an abuse of court.”

The The Constitutional Court’s highly unusual sharp statement about “abuse of the judicial process”, as well as the personal costs order, are a strong signal of the judges’ dim view of such scorched earth legal tactics.

But such tactics became Mkhwebane’s mainstay, also during the parliamentary impeachment inquiry. When she attended in person, she remained silent, except once to confirm that it was her in a meeting with the inspector general of intelligence about the investigations. a so-called division of the tax agency and inform the MPs that she will answer their questions in writing.

Her Constitutional Court-confirmed right to full legal representation, still paid for by the Office of the Public Protector, means that her lawyer, lawyer Dali Mpofu SK, leads the conversation and conducts an often hostile, withering cross-examination.

The process is extended. The investigation must be at a stage where it has heard all the witnesses, including the public defender himself, and discussed the evidence. A draft report is expected to be finalized later this month with Mkhwebane’s final input and responses to be presented to the House of Representatives and voted on by the end of September.

In the seventh week, the list of witnesses has not yet been drawn up. The impeachment inquiry revealed the securitization of the office, how the security unit and audit replaced previous confidentiality contracts, and how the State Security Agency (SSA) — Mkhwebane briefly worked as an SSA analyst just before being appointed public defense attorney in mid-2016, according to her interview resume — assisted the Public Defender’s Office in drafting a proposed constitutional amendment central bank mandate and on IT.

It also revealed how during Mkhwebane’s tenure a rigid institutional culture was introduced, with perfunctory deadlines that fueled poor compliance and more administrative work that kept investigators in the office rather than in the field.

Not all of this is brand new – even if it has now been thrown into sharp relief in great detail.

Back in April 2018, the Parliamentary Committee on Justice heard how the SSA was involved at various levels with the Office of the Public Protector, as Mail and guardian reported. In August 2022, ahead of the Section 194 investigation, it emerged that former spy chief Arthur Fraser, who was briefly Mkhweban’s boss, had been asked by the SSA to conduct security training for the head of the newly created security unit at the Office of the Public Protector. , Baldwin Neshunji.

Back in June 2018, the Parliamentary Committee on Justice was aware questionable working practices in the Public Protector’s office with the appointment of the now late Sibusiso Nyembe as Special Adviser to Mkhwebane without the approval of the Minister of Finance.

U July and August 2022the Section 194 investigation was preceded by a series of labor disputes, ranging from whistleblower Tebog Kekan’s complaint against his dismissal to the Conciliation, Mediation and Arbitration Commission’s order for reinstatement and back pay Sphela Samuelthe boss of the Free State Office of the Public Protector who turned whistleblower.

Wednesday’s witness, Ponatega Magaladi, the public protector’s executive manager of investigations, was successfully reinstated after a two-year and one-month suspension.

Together with her colleague Lesedi Seleke, she applied to the labor court, which in May 2021 decided what dismissal may not be replaced by an appropriate two- or three-month suspension without pay and a final written notice of penalty imposed in the disciplinary process. Another colleague, Abongile Madiba, went through separate disciplinary proceedings over related allegations and died a month after his dismissal in June 2021.

“He was too ill to defend himself. He had to rely on his son to get through this hearing,” Magaladi told MPs on Wednesday.

Magaladi revealed she felt “victimized” by what she described as the public defender’s “unyielding firmness”. And she was frustrated by the office’s culture of perfunctory deadlines for working on reports — “I didn’t want to maliciously comply” — and actually adjusted herself by agreeing to Mkhwebane’s request to also lead the governance and integrity department.

As a current employee of the Office of the Public Protector, who is involved in the investigation, Magaladi should have been granted a waiver to testify before the parliamentary impeachment inquiry.

Mpofu raised this as a point at the start of his cross-examination on Wednesday night, but the lead inquest, joint evidence advocate Nazreen Bawa SC, explained that the evidence would not the cover current research.

The investigation is ongoing. DM