Zanewslive.com
Home Lifestyle “MEC Ramathuba’s statement is not necessarily wrong, the environment may have been... 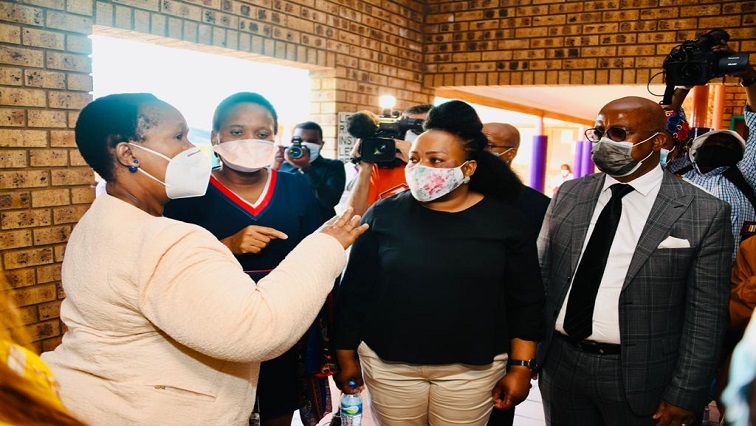 Deputy Health Minister Dr Sibongiseni Dloma says Limpopo Health MEC Dr Fofi Ramathuba’s statement is not necessarily wrong, but the environment in which she made it may have been inappropriate.

Ramatuba defended a statement she made in a recent video that Zimbabweans were putting a strain on the province’s health system.

Ramatuba was caught on video confronting a foreigner scheduled for surgery at a hospital in the province.

She is heard telling a patient that her country must take responsibility for its health problems, adding that Zimbabwean President Emmerson Mnangagwa has not contributed to Limpopo’s health budget.

Dlomo says the statement has stimulated public debate and they cannot immediately draw conclusions about how the issue should be addressed.

“We will discuss with her and get a report that we will give to the minister who will be back in the country in two weeks and then we can take it away. Perhaps it was an inappropriate place to be with the patient. But all we are talking about so far is the unsuitability of the premises in which it was done,” says the Deputy Minister of Health.

Ramathuba says, “I champion its content because I need to share this insight [are] doing nothing about our surgical backlog. People abuse the system when they hear that the MEC is going to the area with special care.”

“They are leaving their country, entering South Africa illegally [and] come to our hospitals. The South Africans for whom we made this budget cannot operate because they are still flooding even our initiatives. This is an initiative outside of our day-to-day work,” explains MEC Ramatuba.

Zanu-PF reacts to a recent video on Limpopo MEC of Health: Kennedy Mandaza