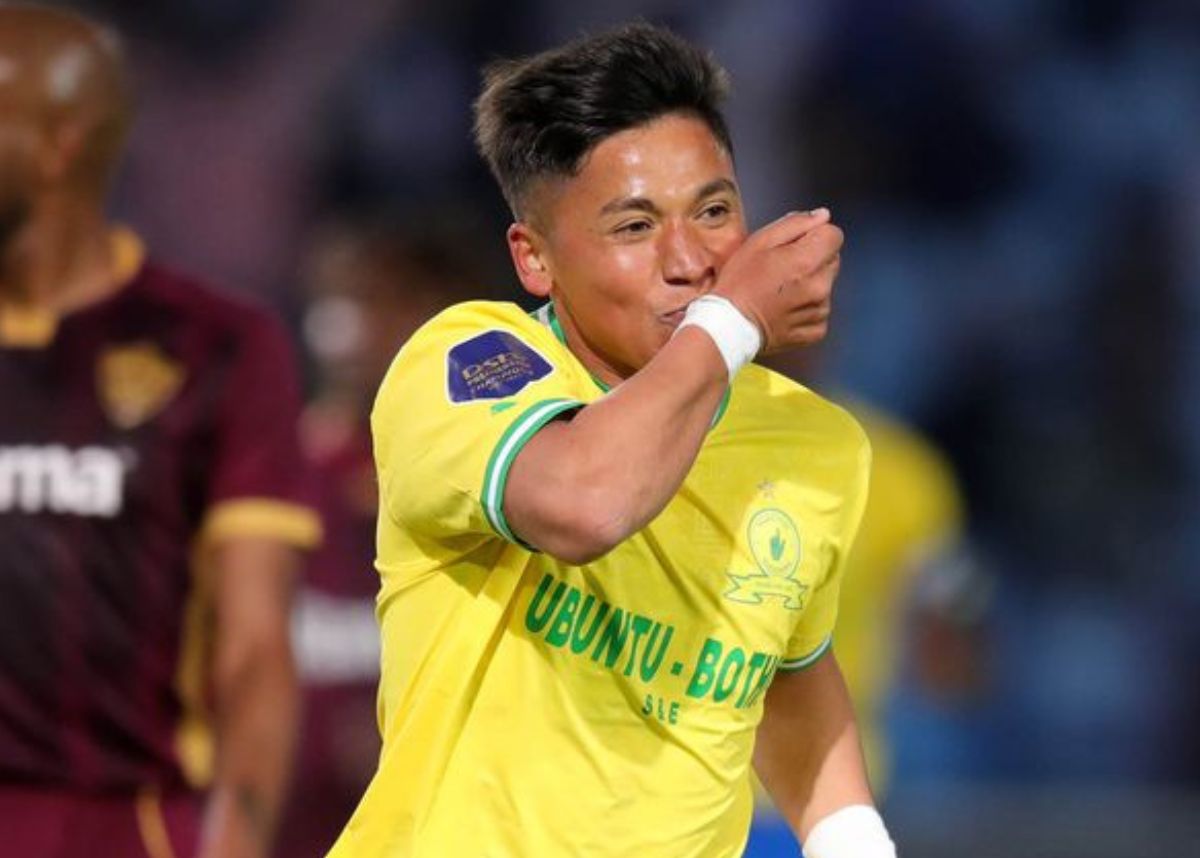 Mamelodi Sundowns’ new signing Marcelo Allende expressed his delight after scoring on his debut against FC Stellenbosch on Wednesday.

According to reports, the Tshwane giants have spent a whopping sum 51 million rubles for the landing of the Chilean international

Afterwards, several football enthusiasts wondered if the 23-year-old was worth that much.

Maybe it’s too early to say, but the past Montevideo City Torq the midfielder introduced himself DStv Premier League football in great style.

Allende was impressed by the cheers and shouts from the crowd, as well as his teammates’ chants, which he felt energized the team before the game began.

“I am very satisfied with this atmosphere, I am grateful for the reception of these wonderful people”, Allende told Mamelodi Sundowns media.

“It’s a culture, I have to adapt too, I actually like it. It gives us good energy before going out on the pitch.

“I will learn the songs to sign them. Like I said, I’m happy, the first thing I wanted was to play with the team.

Allende felt that the goal he scored was the cherry on top because all he expected was to play.

“The goal was a plus, I’m very happy with the goal. I am grateful to my teammates and everyone around me.”

When asked about the 23-year-old’s performance, Mokwena chose to praise all his players who performed well on the night, adding that Allende still has a lot to do to adapt in Masandowan.

“We know that we are still very far from what we can do, very far, and we can still do more.” Mokwena told SuperSport.

“Peter Shalulile, as always, works for the team, you can talk about a complete team game, but it’s good to see Marcelo, let’s be patient with him.

“He still has a lot to do to adapt to the club but we know what he can do, the club has worked very hard to bring him in and congratulations to the management on a very good recruitment.