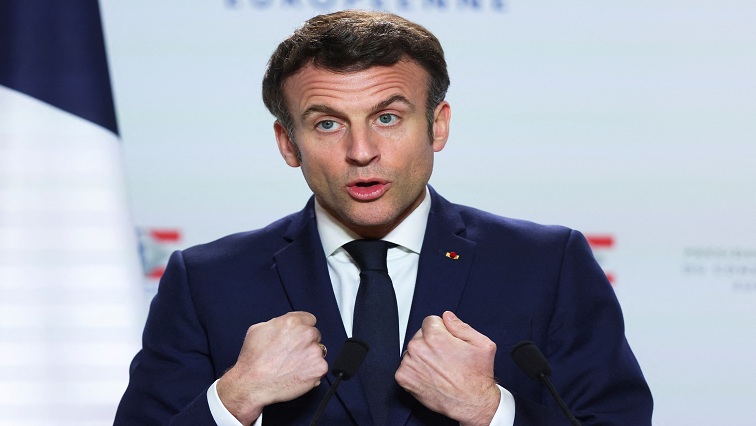 At the end of July 2022, French President Emmanuel Macron completed a tour of Cameroon, Benin and Guinea-Bissau. And he visits Algeria between August 25 and 27.

At first glance, his choice of countries is difficult to understand. The three former French colonies – Cameroon, Benin and Algeria – and the former Portuguese colony of Guinea-Bissau look very different.

Yet taken together, Macron’s visits tell a story in which France is repenting for its colonial crimes while trying to preserve the influence it gained through colonialism.

These two topics also came up at the New France Africa Summit in October 2021 in Montpellier. There, Macron pledged investment in African tech startups as a way to increase the influence of French private business, and promoted a report by academic Achille Mbembe on new relations between France and Africa.

Macron got another chance to demonstrate his good relations with African leaders at the European Union-African Union summit in February 2022. It was organized by Macron (at that time France held the presidency of the European Union) and EU Council President Charles Michel.

Efforts at repentance have been shown during each of the recent visits to the country. At a press conference with Cameroonian President Paul Biya, Macron said France’s archives on colonial rule in Cameroon would be “fully” opened. He expressed hope that historians from both countries would work together to investigate “painful moments”.

In Benin, the French President accompanied the President of Benin, Patrice Talon, during a visit to an exhibition dedicated to Aubameyang’s royal jewels. They were robbed by France 139 years ago and returned in November 2021. In Guinea-Bissau, he announced the opening of a French school and a sports exchange program in line with his increased emphasis on cultural diplomacy.

The effort to maintain influence was evident in all three visits. As the French troop presence in Mali shrinks, Paris is looking for new military options, and hopes to find them in Macron’s hosts. So, in Benin, the French president spoke about security, and in Yaounde he reiterated that France remains committed to the security of the continent.

In Guinea-Bissau, Macron said France must “contribute to the fight against terrorism in the entire region.”

In my view, Macron is using increasing calls for a more fundamental decolonization of African societies as a cover for further influence on the continent.

Redressing the colonial past

The Decolonial Justice Project has recently been used by other former colonial powers to improve their image in Africa. Belgium recently returned the tooth of Patrice Lumumba, Congo’s first prime minister, 61 years after orchestrating his assassination.

Redressing the colonial past has become a popular way for northern governments to conduct their diplomacy in Africa. In the past there have been calls for a new relationship and to forget the colonial past. Now the heads of state are showing their willingness to confront colonial crimes. US Secretary of State Anthony Blinken, for example, spoke about the need to become “equal partners” and recognize

generations of Africans whose fate was determined by colonial powers.

In my opinion, this is a smart way to reverse the script of the Russians and the Chinese. They emphasize that they have never colonized the continent, and this was already expressed in the 1960s when Zhou Enlai and Leonid Brezhnev visited the continent.

In his attempt to reset that narrative, Macron went so far as to call Russia “one of the last imperial colonial powers” for its invasion of Ukraine.

What separates France from the US and Belgium is that Élysée is trying to compensate for the declining military posture in Mali. Its troops leave and are replaced by Russian mercenaries, the so-called Wagner group.

France intervened in northern Mali in 2013 with Operation Serval. Paris also brought in allied countries such as Belgium and Sweden to provide additional capacity and training. The aim was to push Islamic militants into the Sahel.

However, the Cold War logic that was imposed on this trip is too simplistic. It does not address the regional politics of West Africa, where the Economic Community of West African States (ECOWAS) has increasingly felt the need to intervene against the coups that have swept the region: in Mali in August 2020 and May 2021, in Guinea in September 2021. , in Burkina Faso in January 2022 and the failed coup attempt in Guinea-Bissau in February 2022.

The coups in West Africa, not the intervention in Ukraine, also explain what brought Macron to Guinea-Bissau, which took over as ECOWAS president in July. The organization lifted sanctions when Mali’s junta promised to hold elections in February 2024.

ECOWAS also managed to agree with the military junta of Burkina Faso on a timetable for the return to democracy. Return to civilian regime is planned for July 2024.

Promising to increase investment in culture and arms for Guinea-Bissau, Macron is seeking to intervene in the regional organization. And this despite the fact that France “always respected” the position of ECOWAS in regional issues. This is an easy way for the Élysée to cover West Africa without having to engage in shuttle diplomacy to various West African capitals when it has vital interests to protect.

Thus, keeping the focus on Ukraine and Lavrov’s mission was in the interest of the French president, who was also asked questions about why African countries did not receive arms shipments as easily as Ukraine. Then arms shipments could be presented as something positive, rather than a disastrous policy that barely works.

As always, ordinary people will pay the price as they are forced to live in an increasingly armed society. The 2013 rebellion in northern Mali, which Macron is now trying to manage through ECOWAS, was the result of the military intervention of France and its allies in Libya in 2011 and the subsequent overthrow of Libyan leader Muammar Gaddafi.

That could set those countries back years, preventing them from joining the African lion economies of Ethiopia, Ghana, Kenya, Mozambique, Nigeria and South Africa, countries that Macron has shunned.

Frank Gerrits, Research Associate at the University of the Free State, South Africa and Associate Professor of History of International Relations, Utrecht University.