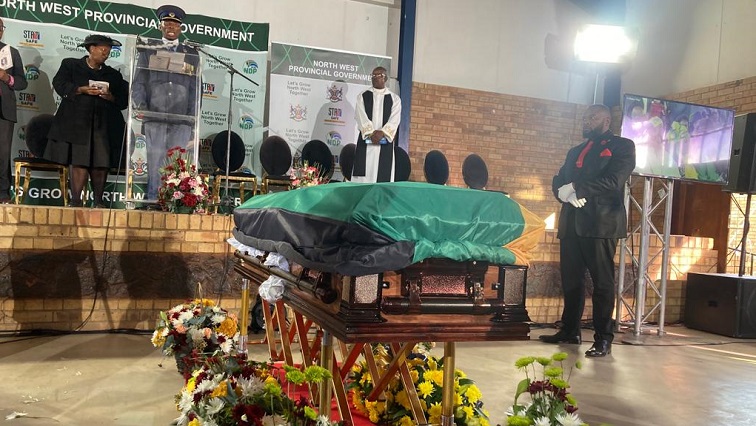 Maloyi was part of the ANC provincial leadership that received the body of the anti-apartheid heroine in a small reception ceremony in Potchefstroom in the north-west of the country.

Ndzanga played an important role in the struggle against the oppressive regime and was also a supporter of trade unions. Maloyi says Ndzanga was a brave leader.

“She is one of the heroines of our struggle, who sacrificed her whole life for the liberation of the people of South Africa as a whole, including the workers of this country, as she never sold out. She spent a lot of time in and out of prison, she was harassed, she was not even given a chance to say goodbye to her husband. She was one of the most disciplined cadres of the movement.” – says Maloy.

Speaking during the burial ceremony of her sister, Ndzanga’s sister, Mosidi Mafokeng called on the ANC to honor Ndzanga’s memory by prioritizing party unity.

Mofokeng says: “As already said, I am still repeating myself, ANC, please be what she stood for, she passed unsatisfied, so I was hurt because I saw that her unsatisfaction was caused by heartache when she said this is not what we fought for. So I say to you ANC what you have done for her is amazing but change clean your own house so she can rest in peace.’

Below are some short videos from the funerals: