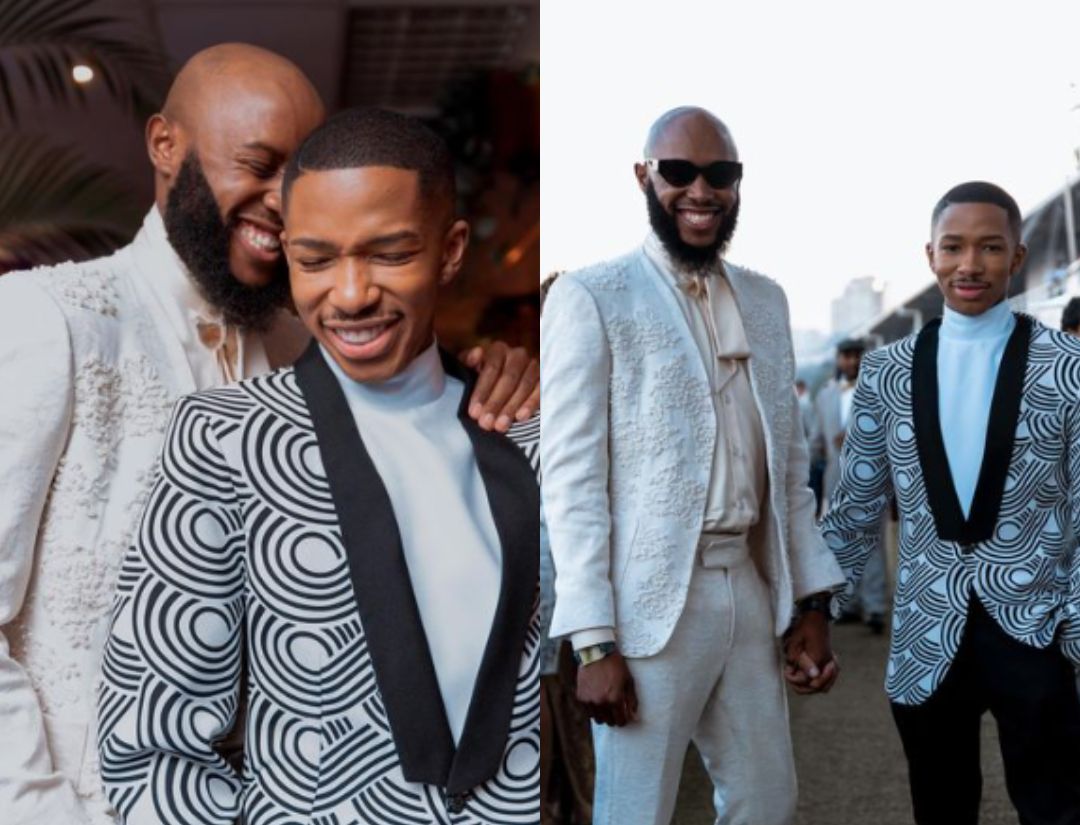 LAZIZWE AND MOHALE QUESTION ROMANCE RUMORS WITH A KISS

Twitter was abuzz this weekend after Lasizwe Dambuza and Somizi Mhlonga’s estranged husband Mohale Motaung shared a kiss on Instagram Live. This came after the couple attended The Roast of Khanyi Mbau red carpet hand in hand.

The post was shared on both of their Instagram accounts. They first sparked romance rumors in June when Mohale tweeted “congratulations baby” to Lasizwe when he made the Forbes 30 under 30 list.

So what does the big kiss mean for Somizi and Mohale?

Lasizwe addressed the kiss via social media but he deleted the video. However, Moussa captured the video in time to share it on Twitter. He explained that they had a moment of weakness, but that was it.

“So I just want to give some context to what happened yesterday with Mohale and I on Instagram Live. So Mohale came to deliver the gift. I went live to show what he bought and to be honest we had a moment of weakness,” he said.

“As friends, we should not cross the border, but it happens. It has happened to you, to many other people. So, I can assure you that Mohale and I are just friends. I met him very recently. No more, no less,” he continued.