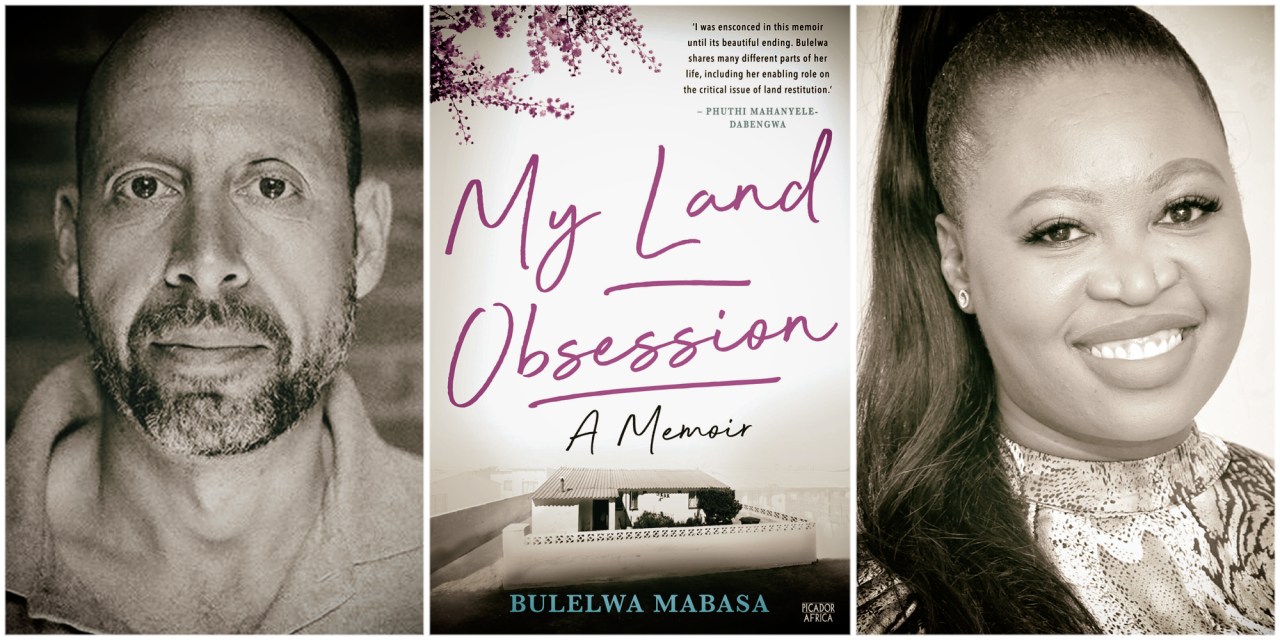 South Africa’s failure to effectively resolve the land issue after nearly three decades of democracy is regrettable, but if it is eventually done, it could unite not only the landless, but the entire country.

This is according to Bulelva Mabasa, Director and Head of the Land Reform, Restitution and Land Tenure practice at Werksmans Attorneys. She was in conversation with Daily Maverick’s managing editor Richard Poplak on Wednesday.

Mabasa is the author of a recently published memoir, My obsession with the land in which she writes about her upbringing in the Meadowlands, Soweto, and the ever-present issue of land dispossession in South Africa, which shaped her upbringing and her path into law.

In 2018, Mabasa was one of the country’s leading lawyers appointed to the 10-member Land Reform Advisory Group.

Poplak questioned Mabasa on whether the Constitution, especially section 25, can provide justice and healing to those whose land has been dispossessed.

“I believe that it is the issues of land reform that should unite our country so that everyone feels like a citizen, everyone feels like they belong. And when we were part of the … presidential advisory group, we realized that the state did not use its powers to expropriate, obviously not as a wholesale program, but where it could, where the circumstances and the facts of the case allowed, “- Mabasa said.

“So we don’t even have judicial precedents where the expropriation debate has been tested.”

She argued that the state had not used its ability under the existing constitutional framework to check the debate and had failed to amend the Expropriation Act 1975 to bring it into line with the Constitution.

“We’ve had enough time to change it, and essentially that 1975 act is still in use today.”

Mabasa said that while the act remained in law, it did not contain the necessary promotion of the principles of administrative justice. For example, the current legislation did not provide for how people who did not have grandparents, who had expropriated land, but need land, and in general, how to get land.

“Until now, our government has relied on the internal policies of the Department of Land and Land Reform, none of which are sufficiently transparent. And they don’t have a legislative justification that goes through all the checks and balances.”

“Let down by Parliament”

As a result, Mabasa suggested that the parliament had failed the country in planning the future development of land policy.

“We have been failed by parliament and the executive in determining the way forward in a national vision for land policy. This is something that every citizen really needs to get behind and understand.

“You don’t have to look any further than the budgets — the Department of Land Reform’s allocation is probably the smallest of any budget,” she said.

Poplak reflected on the government’s brutality in removing people from illegally seized land, particularly through the Red Ants’ collusion with armed police, which was not conducive to recovery.

Mabasa stressed the importance of paying special attention to bridging the divisions of the past and argued that the government had an important role to play.

But she criticized the lack of government support in cases where people are given land: “If there is no legal framework that allows people to have resources, how do you make the land sustainable? How to ensure that the land continues to be productive?” DM