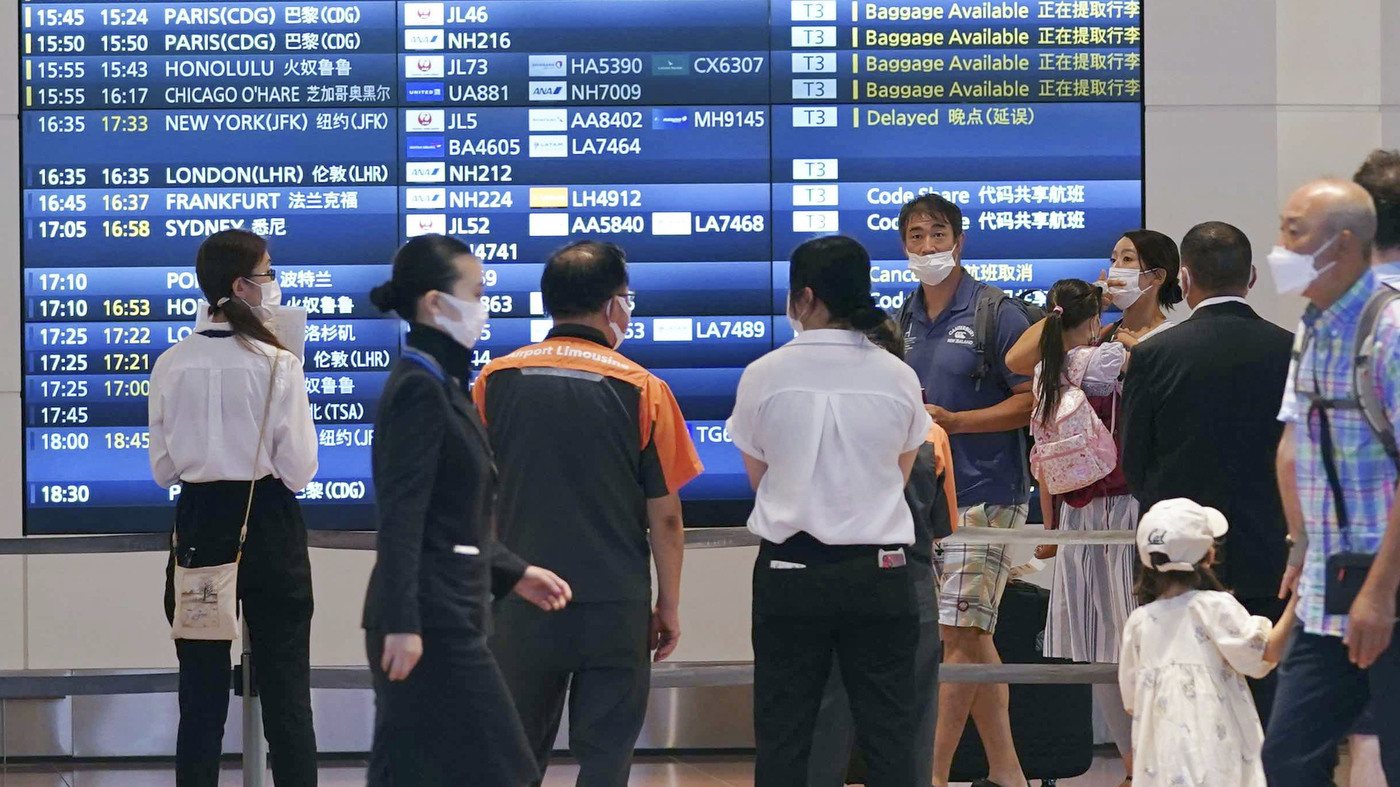 People wearing face masks are seen in the arrival hall of Haneda Airport in Tokyo on August 23, 2022 during the coronavirus pandemic.

People wearing face masks are seen in the arrival hall of Haneda Airport in Tokyo on August 23, 2022 during the coronavirus pandemic.

TOKYO – Japanese Prime Minister Fumio Kishida on Wednesday announced plans to ease border controls starting in early September, lifting the requirement for pre-departure COVID-19 tests for travelers who have received at least three doses of the vaccine, and he will also consider the question of increasing the daily entry limit soon next month.

Japan, which has imposed some of the toughest border measures for the coronavirus, currently requires negative PCR test results within 72 hours of departure for all arrivals, a practice that has been criticized as cumbersome.

Kishida, who held virtual meetings with government ministers and medical advisers earlier on Wednesday, told reporters at an online news conference that applicants who had received at least one booster vaccine could opt out of the pre-test starting on September 7.

“We plan to gradually relax border controls so that entry procedures are as smooth as in other G7 countries,” Kishida said from his official residence, where he was on duty while in self-isolation after testing positive for COVID-19 on Sunday.

Kishida said his government also plans to increase the daily limit on incoming travelers, currently 20,000, “as soon as possible.” Media reports say the government is considering more than doubling the daily limit to 50,000 as early as next month.

“Our fight against the virus is not easy, but we should not be too afraid and instead consider the characteristics of the omicron variant,” Kishida said. “We are accelerating our responses by balancing containment measures and social and economic activities as much as possible.”

Kishida said Japan plans to shorten the self-isolation period for COVID-19 patients from the current 10 days for those with symptoms and one week for those without symptoms. Officials are finalizing those details, he said.

In June, Japan partially opened its borders to foreign tourists for the first time in two years, but only allowed those who agreed to join guided package tours. Due to these restrictions, the number of applicants has decreased.

Business organizations in Japan and beyond have called on the country to relax border controls to support the economy, particularly the tourism industry, which has been hit hard by the pandemic. But many Japanese fear further easing of border measures as the country grapples with a seventh wave of infections.

Clinics have been overwhelmed with patients with mild symptoms such as fever, sore throat and cough, amid a shortage of testing and test kits in pharmacies and online.