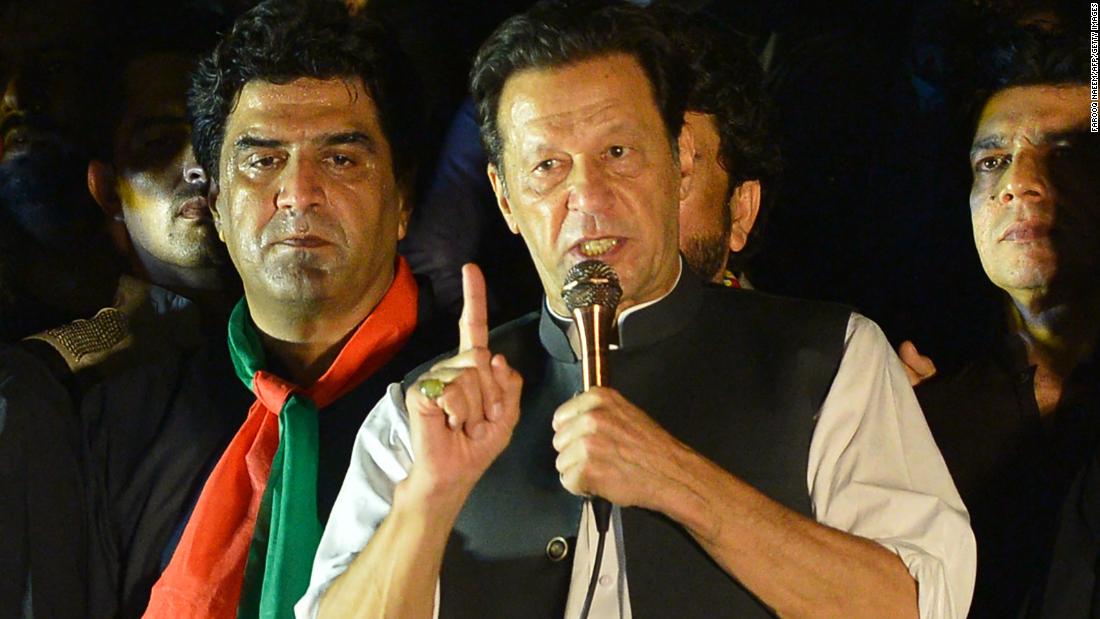 The news was celebrated by hundreds of Khan’s supporters who gathered outside the Anti-Terrorism Court in the capital, Islamabad, where the ousted leader’s arrival was met by a heavy security presence.

The court extended Khan’s bail until September 1, meaning he cannot be arrested earlier.

Police launched an investigation into Khan this week after he vowed to “take action” against the police chief and a judge during a speech in the capital on Saturday.

“Listen, Inspector General (of Police), we will not let you go, we will file a case against you. And Madam Magistrate, you should also prepare yourself, we will take action against you,” Khan said. told his supporters during a rally in support of his former chief of staff Shahbaz Gill.

Gill was arrested earlier this month on mutiny charges after he called on soldiers to disobey orders from military leaders.

Khan claimed that the police tortured Gill during his detention, and these claims gained traction among his supporters. Islamabad police deny Khan’s allegations.

Tensions between Khan and the ruling coalition government led by Prime Minister Shehbaz Sharif have risen since the former star cricketer was ousted by a parliamentary no-confidence vote in April.

But Khan’s claims have resonated with young people in a country where anti-American sentiment is common and anger at the establishment is fueled by a growing cost-of-living crisis.

His continued popularity has translated into his party’s recent victories in provincial elections, and he has repeatedly called for new parliamentary elections at mass rallies that have followed his ouster.