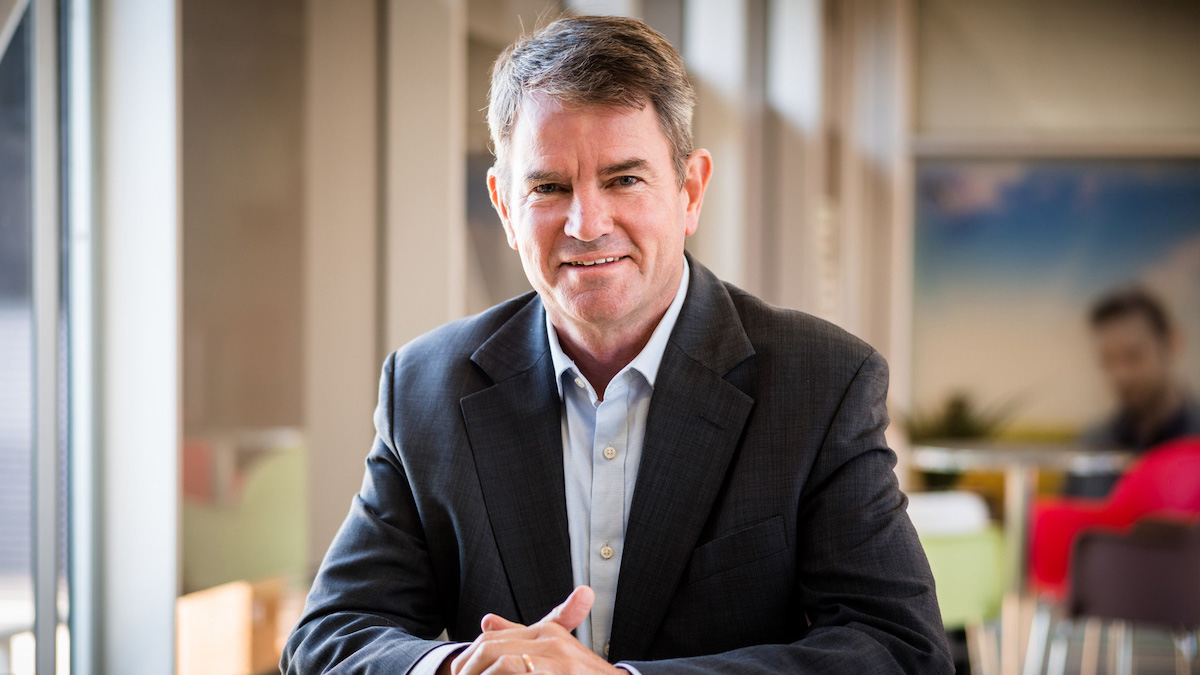 Investors got the fireworks they’ve been waiting for from Grindrod in the six months to the end of June, and despite the stock having already tripled this year, the market rewarded the stock with yet another price hike. In this interview, CEO Andrew Waller talks to BizNews’ Alec Hogg about his four-year journey with former chairman Mike Hankinson (who retired in June), where their strategy was to streamline the business, sell non-core assets and find a partner to Grindrod Bank (sold for R1.5 billion to African Bank). He also speaks highly of his finance director, Xalani Mbambo, who takes over when Waller leaves in January, explaining why he believes there is much more to come from the KZN century group.

It was very important that we got back to our core, and that’s in freight services as well as what we’ve called for a number of years, non-core assets. Non-core assets have always attracted debits, unfortunately, because we tried to exit those businesses in the midst of the pandemic. And it was not easy. But quietly, while we were doing the non-core, Xolani was doing cargo services and making sure that we focused on the customers, understanding where they needed to go, in the heart of the country or in the subcontinent. And yes, we have seen some threats with mining and agriculture, which we are so fortunate to have in sub-Saharan Africa, which seem to be much more resilient in these uncertain times.

You know, we did a hell of a job. You will remember that we had to separate private equity from the bank, which had a number of businesses. And the team and I went through the process of selling many of these businesses and basically to another owner or owners because it’s very difficult for you to sell to another party that the owner doesn’t know, you know, and not being able to get top dollar because you’re in covid scenarios, it was very stressful for us, but a lot of it is gone now. We have one left and it looks positive. And then we call them non-core, marine fuel. You will remember that this was a big part of our business when we also had a transportation business. This business is going well so far, and it was not possible to find a buyer for it. So obviously we have to go back to the drawing board and have a look. Fortunately, it’s a good business that makes good money, so it doesn’t wear us down. And then we have access to land on the north coast. But these non-core assets cost us nothing. They do not bother us, they have no more debts to them. We hope to be able to convert them into cash in the short term, but that will be in Xalani terms, which we will get through land and sea fuel.

Looking ahead, does Grindrod need the mineral commodity pipeline to continue operating given the much higher operating base currently

For years, people have associated us with the mineral markets. And going back to a few years ago, with rand-dollar exchange rates, mining, commodity prices and of course if coal goes down and iron ore goes down to 50, that’s going to make a big drop because that’s a lot of Matola. But therein lies Xolani’s recent effort, a lot of work with manganese, chromium, and graphite, and that’s just in the minerals field. As you have seen, we have a relationship with Maersk for citrus. Therefore, there is a lot of work on containers for working with citrus fruits. And then, as you know, it moves into East Africa. We have several projects in East Africa that will allow us to gain more cargo space as well. So we are absolutely bound to minerals. We’re very fortunate right now, as you said at the beginning, but there’s a lot of diversification going on. We haven’t been too affected by the iron ore price that could go down, which has been very volatile recently, and we’re doing well. But at the moment, as you know, everyone is trying to find space to ship the product. So we are very lucky at the moment.

As you would expect, they all want to know when they can get their hands on the 1.5 billion rand that African Bank is going to pay us for Grindrod Bank. It is very presumptuous to believe that we will overcome all obstacles. We have 99% shareholder approval, which is what we expected. But as you know we have received a couple of questions from the Competition Commission and the Reserve Bank. We’ve answered all of these questions and don’t expect any problems, but we don’t want to be too cocky. We have a lot of work to do to determine what projects we have, when they will happen and how much of that 1.5 billion we use for what. And the board asked us to come back in November with a pretty comprehensive plan on that. So that was one of the questions. The other big question was how much more we could bring on stream to get the coal out of the country at times of these highs. And of course we are working with a wide variety of parties to try to help with the export of their products at the moment.

About the transfer, succession planning and the future of the Grindrod business

I think it’s the right thing to do for business. You know, it’s a good position. And it’s a good time to refresh the team and have people who have been with us along the way, who understand some of the hurdles we’ve had to overcome to get to where we are. If I go back to his story, Khalani worked for Anglo Coal, so he knows the coal industry backwards, he was actually a miner. So, I mean, we’ve always wanted these three businesses to stand on their own and be successful. You know, it took us, I don’t know, almost ten years to find the right partner for our bank. We ourselves, as management, our board and our shareholders, would never have allowed the bank to go to someone we didn’t think was a good fit at the time. That’s why it took so long and happened when it did. As it happened, I think it’s a very good time for us to get off the road and for Xalani and Cheryl to take on the responsibility of making us successful. Grindrod is an amazing organization that can really help sub-Saharan Africa. And in fact, we go as far as the Congo, and we do projects in Lake Victoria and Uganda. We have a lot to do in Africa. And I know it’s a cliché, but we really believe that Africa’s time has come, and we need to make sure that the value that we can bring to the world, that we can help contribute to. This is an exciting time for us.