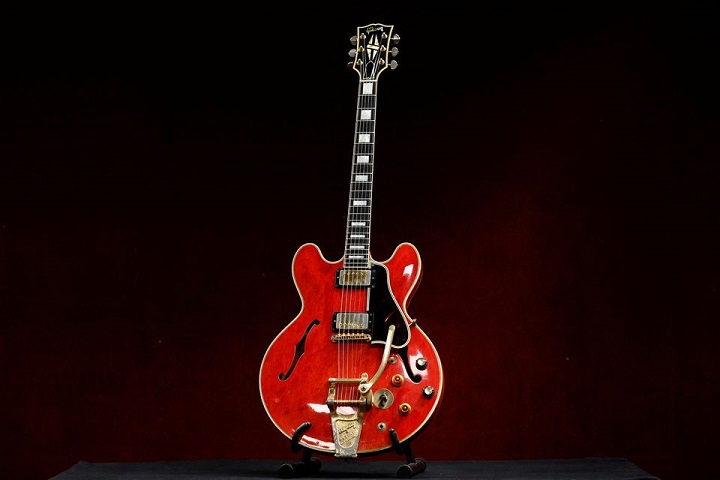 The 1960 Gibson electric guitar used by Oasis star Noel Gallagher before being smashed by his brother and former bandmate Liam Gallagher during a quarrel the night the band broke up, sold at auction in Paris on Tuesday for 300,000 euros ($ 315,900) .

Liam Gallagher defeated Red Gibson at a festival in the French capital in 2009, shortly before the band was due to take the stage, in a fit of rage that was set to become a cult moment in music history.

Later it was painstakingly repaired by a French master.

“This 1960 Gibson 355 № A34884 was a guitar that Liam Gallagher broke in Paris in 2009 the night Oasis disbanded,” Noel Gallagher wrote in a note submitted with the guitar.

“It was also my favorite guitar №1, which I wrote and recorded on many Oasis records, and also used it live! Peace, love + bananas !! ”

Founded in Manchester in 1991, the band Oasis reached its peak at the peak of British pop fame in the 1990s, with hits such as “Don’t Look Back In Anger” and “Wonderwall”.

But the brothers ’famous controversy led to a rift in 2009, after a temper broke out at the Rock en Seine festival in Paris, forcing Noel to leave the band.