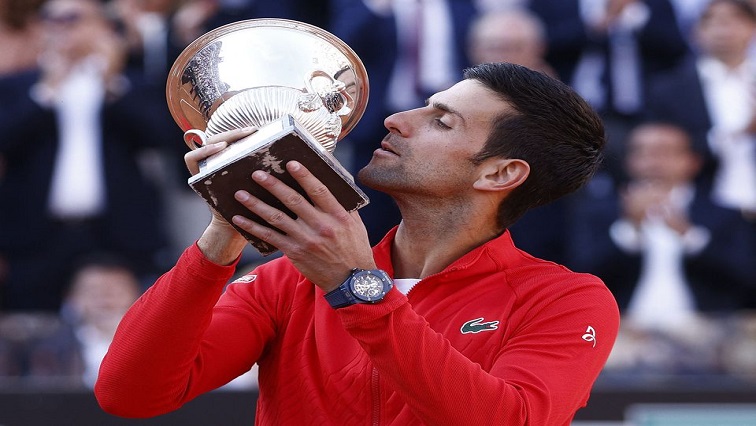 Djokovic did not miss a single set on the way to the final in Rome, gaining his thousandth victory at the tour level, defeating Casper Ruud in the semifinals to meet Tsitsipas – a repeat of last year’s final of the French Open, which the Serb won.

Djokovic’s sixth victory over his Greek rival seemed inevitable when he broke through the first set with a stunning display of blows to which Tsitsipas had no answer.

In the fourth game of the second set, the name of Tsitsipas sounded around the Central Camp, but as a result of an unforced error by Djokovic, the Greek player had two break points, the first of which he used to advance 3-1 in the set.

After Tsitsipas refrained from making the score 4-1, Djokovic increased his speed by winning five of the next seven games to reach the tie-break before winning his sixth Italian Open title, and for the first time since winning the Paris Masters. November.

It was the perfect week for the 34-year-old, who became only the fifth man in the Open era to reach the 1,000-win mark after Jimmy Connors, Roger Federer, Ivan Lendl and Rafa Nadal before the French start next Sunday.

“I can say that I surprised myself,” Djokovic said. “I had a clear game plan and I knew what to expect, so I knew what I needed to do, but I played the perfect first set.

“After that it got a little tougher. At this level, one or two points can turn a match, and then he returned to the game with a score of 4-1. The match could have easily progressed to the third set, but I managed to find the right shots at the right time to get back into the match.

“I’ve been building up my form over the last few weeks and I knew that my best form on the ground usually comes in Roman times, so it couldn’t be better to go to Roland Garros with a title.”