Zanewslive.com
Home Lifestyle “Communities are getting poorer every day,” Makua said after Ramaphosa’s speech at... 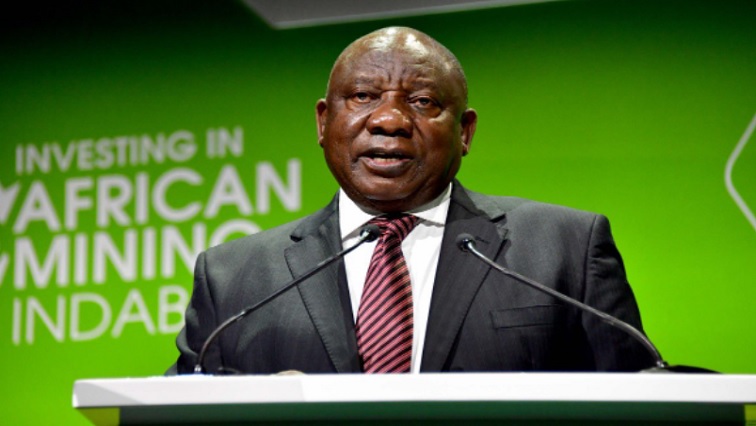 Mining Indaba is taking place in Cape Town this week.

In his keynote address on Tuesday, Ramaphosa said the days were over when corporations ignored their workers in terms of their livelihoods and mining communities.

“Of the 1.2 trillion they claim to have produced in the country, less than 1% of them they claim to send back or return to community development. Our study found that 70-80% of this money does not reach communities; in fact, communities are getting poorer every day. To this can be added the simple fact that the Minister of Mineral Resources has made commitments with mining-affected communities after we delivered 50,000 petitions to Parliament that they would involve us in the concept of free prior and informed consent. He did not keep his promises, in fact he convened a meeting once and canceled it at the last minute, and since then we have not heard anything from him, a year has passed, “- says Rutledge.

President Cyril Ramaphosa acknowledged that the problems of regulating the mining industry need to be addressed, saying an effective intelligence strategy is needed. Ramaphosa delivered a keynote address at the 2022 Mining Indaba at the Cape Town International Conference Center on Tuesday.

According to him, it is necessary to introduce a modern and efficient cadastral system to promote the growth of the mining industry.

“We clearly understand the need to correct regulatory and administrative problems that have crept into the system. We need to eliminate the cessation of mining and exploration rights and the right to minerals, submit applications and introduce a modern and much more efficient cadastral system, as well as implement an effective exploration strategy. «

The South African mining industry continued to be resilient during the coronavirus pandemic.

“In South Africa, the mining industry recorded growth of 11.8% in 2021, the highest in all industries. Last year, the sector resumed production almost to the level of COVID-19. This is the result of significant cooperation between the Department of Mineral Resources and Energy and the South African Minerals Council, including efforts to maintain the functioning of the sector during severe blockades in the early stages of the pandemic, ”Ramaphosa said.

President Ramaphosa added that the government is working with other stakeholders to address the challenges facing the industry, including illegal mining.

“Working with industry and other stakeholders, we are strengthening the capacity of our security services and law enforcement agencies to combat illicit mining, cable theft and general infrastructure damage. We appreciate our continued collaboration with the South African Minerals Council to address these and other challenges facing the industry. ”