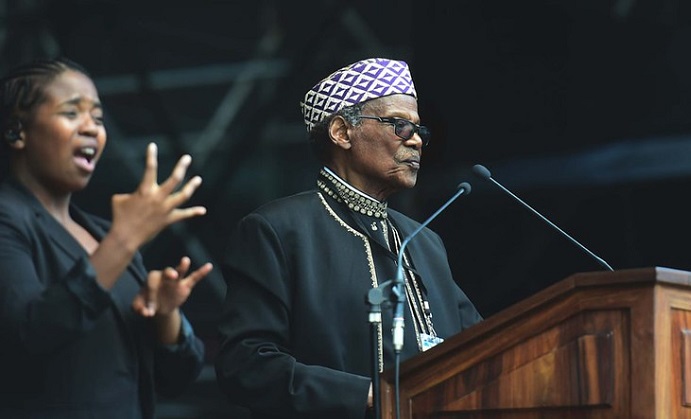 “My personal condolences to HRH the Prince of Wales, with whom I have shared a cherished friendship for many years. I had the honor of hosting His Royal Highness and Her Highness and we hosted them in Ulundi. I have always admired his principled approach to his duties and people. Her reign was long and praiseworthy. Her sincere care and concern for her people will never be forgotten.” Buthelezi added.

“On behalf of the Contralesa National Executive Committee and the entire membership, we would like to express our sincere condolences to the Royal Family and the British people. The British government had a lot of respect for their queen, so they did not hesitate to take care of their finances and other matters, which is unheard of in my country. We will miss her humility, her kindness and love for her people, we really wish other governments could emulate what the British government has done with the royal family. May her soul rest in peace.”